The final round of the 2020 World Rallycross Championship due to take place at the Nurburgring next month is set to be cancelled, crowning Johan Kristoffersson as champion.

Having run eight rounds over four double-header weekends so far, enough World RX events have been held to crown the title winners.

The initial penultimate round of the series, which was set to be held last weekend alongside the Ypres World Rally Championship round at Spa-Francorchamps, was cancelled earlier this month due to increasing coronavirus cases in Belgium.

The German finale set for a rescheduled date of 12-13 December has been canned by organisers for similar reasons, Autosport understands.

Ahead of the final round Kristoffersson had all but secured his third World RX title in four years, needing just three points from a possible 30 from the German event to put the championship out of reach of nearest rival, 2016 champion Mattias Ekstrom.

With the series’ first visit to the Nurburgring shelved, Kristoffersson joins former team-mate Petter Solberg in being a triple FIA world champion.

KYB Team JC, the team for which Ekstrom has driven this year, running the Swede’s EKS-built Audi S1s, will be crowned as teams’ champion for the first time, having led the series from the opening weekend of the campaign in Sweden at the end of August.

The success comes in the first full season of top-flight competition for the Joel Christoffersson owned-outfit. 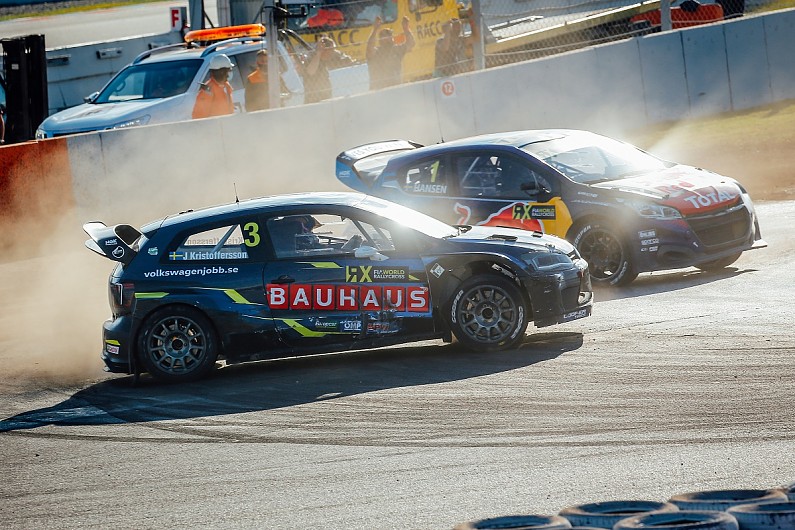 Outgoing title-holder Timmy Hansen climbed to third in the drivers’ championship thanks to a victory during the last double-header in Spain.

With only two rounds of the European Rallycross Championship for Supercar and Super1600 held so far this year, and both series having been set to hold a third and final round at the Nurburgring, a champion won’t be crowned in either series as not enough points-scoring events have been run to meet FIA requirements.

Ford Fiesta driver Oliver Eriksson and Audi A1 racer Yuri Belevskiy lead the Supercar and Super1600 tables respectively, having each claimed a pair of wins from the two rounds for the classes held during the season. After two rounds, British driver Natalie Barratt leads the Projekt E electric category standings.

The future of rallycross’ top level remains uncertain, as the FIA works to appoint a new promotor for the World RX series from 2021, following the withdrawal of current commercial rights holder IMG at the end of this season, as revealed by Autosport in early October. 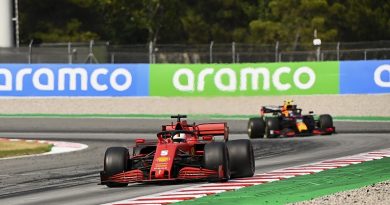