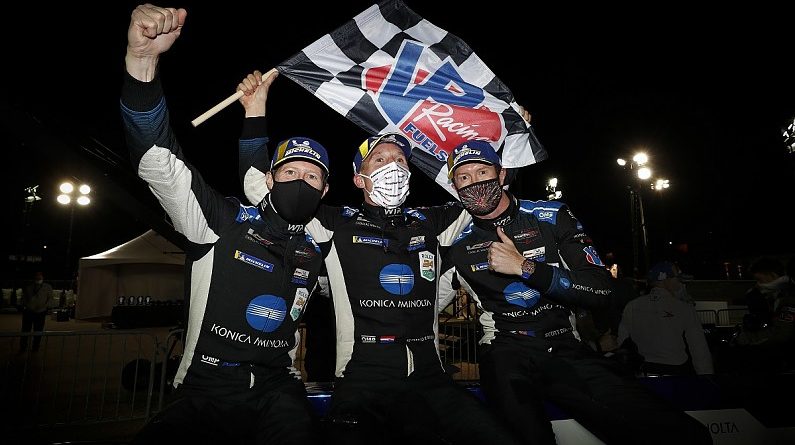 Wayne Taylor Racing scored its third Petit Le Mans victory after Pipo Derani and Ricky Taylor collided when battling for the lead with 10 minutes to go.

The Acura Team Penske ARX 05 of Alexander Rossi, Ricky Taylor and Helio Castroneves and the Action Express Racing Cadillac DPi-V.R of Felipe Nasr, Pipo Derani and Filipe Albuquerque had been locked together for much of the final two hours of the race, regularly swapping places.

Taylor followed Derani into the pits for his final stop and, with one lap’s worth less fuel to put in – having previously stopped a lap later – the Penske team sent Taylor out ahead.

However, Derani was in no mood to settle for second and, into Turn 1 two laps later, the AXR Cadillac dived down the inside and grabbed P1.

Again, the pair stayed tied together and, with 10 minutes to go, Taylor dived down the inside of the AXR machine at Turn 6 and the pair collided.

The #31 AXR car was fired off into the gravel, allowing the closing Renger van der Zande to move the WTR Cadillac into the lead and take the victory alongside Ryan Briscoe and Scott Dixon.

This was despite Briscoe having an off with an around an hour to go and dropping back from the leading duo. 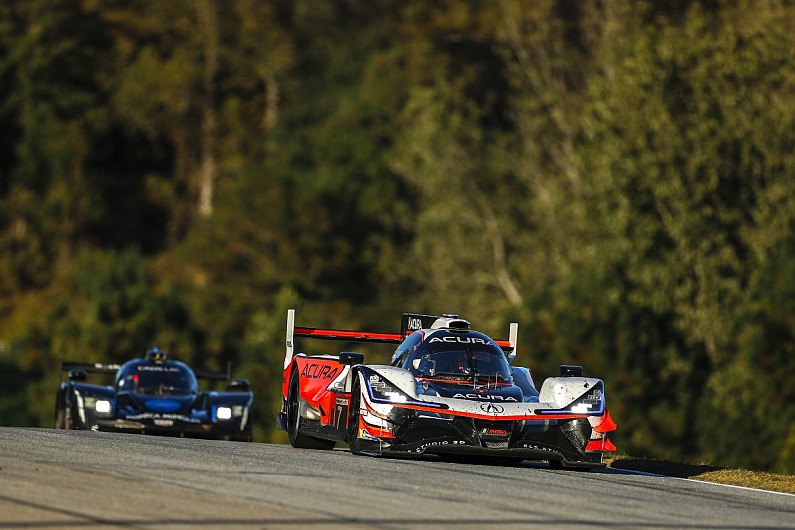 Taylor resumed in second after the collision, and race control decided he did nothing wrong, with team-mate Dane Cameron – who had had a separate off moments earlier – taking third.

It was a race to forget for Mazda as Oliver Jarvis collided with a GTD Ferrari at half-distance and dropped out of contention, while Cameron also went off at the same time and needed to pit for repairs.

Unbelievably, in the final hour, Simon Trummer had to pit and go behind the wall with the PR1/Mathiasen Motorsports ORECA after dominating the whole LMP2 race, handing the spoils to the similar Tower Motorsports machine of John Farano, Mikkel Jensen and Job van Uitert.

Porsche scored its first win of the IMSA SportsCar season in the GT Le Mans class after the leading BMW hit strife with less than 40 minutes to go.

Augusto Farfus had held a 10s advantage before his final stop, but the lead BMW M8 was punted onto the grass at the final turn by a prototype machine, and had to do a slow lap with his radiator full of grass debris and his left-front brake rotor on fire, obliging him to stop again to have the foreign matter removed. 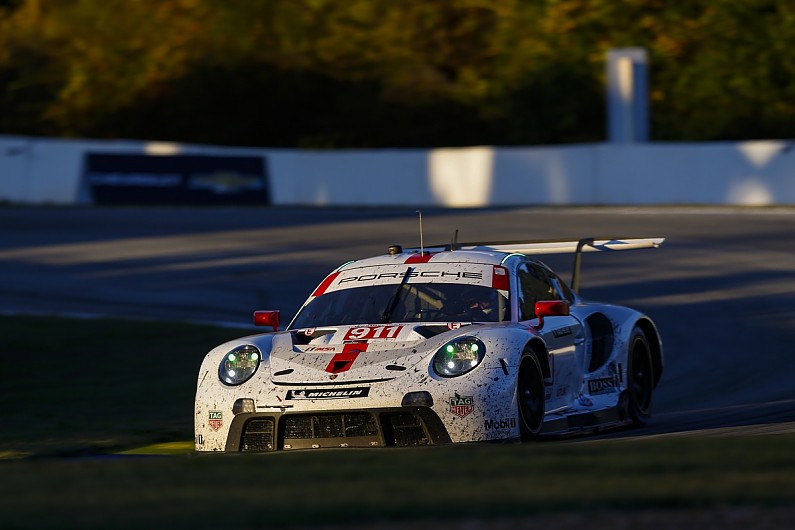 That moved Fred Makowiecki’s Porsche 911 RSR into the lead, 3.5s ahead of Antonio Garcia’s Corvette, with the second Porsche of Laurens Vanthoor 7s further back.

But, when the penultimate restart came with seven minutes to go, Vanthoor collided with a GTD Lexus and went spinning off the track and into the wall.

This meant BMW got a consolation prize of a podium finish with Farfus as, up front, the Porsche of Makowiecki, Nick Tandy and Matt Bell stayed ahead to take the spoils.

Scuderia Corsa’s WeatherTech Ferrari 488 won the GT Daytona class, as Jeff Westphal held on ahead of the AIM Vasser Sullivan Lexus RC F of Jack Hawksworth through the final stint. 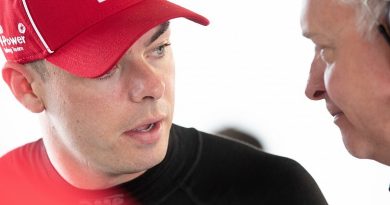