Former UAW Vice President Joe Ashton speaks during a GM announcement at a plant in Spring Hill, Tenn. in 2011.

Former General Motors board member Joe Ashton, a retired United Auto Workers leader, was sentenced Tuesday to 30 months in prison for fraud and money laundering as part of an ongoing federal probe into the union.

Ashton, who resigned from the GM board in December 2017 after being linked to the corruption, pleaded guilty to the charges in December as part of a deal with U.S. prosecutors and agreed to forfeit $250,000 he admitted to illegally receiving in bribes and kickbacks.

Money laundering is punishable by up to 10 years in prison, while the fraud charge could be up to 20 years. However, federal prosecutors suggested his sentence be between 30 and 37 months as part of the plea deal.

Ashton’s wife, one of his four adult sons and a family friend spoke on his behalf during the hearing, which was conducted via Zoom. Dozens of supporters wrote letters on Ashton’s behalf, including one unidentified member of Congress, according to The Detroit News.

U.S. District Judge Bernard Friedman said he took the comments as well as the letters into consideration when determining the sentencing. Ashton will not have to report for incarceration until June 2021 due to the coronavirus. Ashton’s attorney had requested leniency from prison due to the coronavirus pandemic, while prosecutors argued for 37 months due to the financial severity of the crimes.

Ashton is one of 15 people charged and convicted as part of the federal corruption probe, including two recent UAW presidents and three Fiat Chrysler executives.

“I cannot tell you how ashamed and remorseful I am for what I’ve done,” Ashton said during the hearing. “I betrayed the trust that my union members had in for me for over 50 years, and for that I am genuinely sorry. I take full ownership of my actions and no apology will ever change the damage that I have done.”

The charges centered on Ashton’s position overseeing a jointly operated training center with GM known as the Center for Human Resources, which the company dissolved as part of a new labor agreement with the union last year. Ashton oversaw the facility from 2010 to 2014 when he retired from the union.

A scheme identified by federal prosecutors involved a $4 million contract with the training facility for commemorative watches. Ashton demanded $250,000 from the vendor, which he had instructed to create a new company to produce the watches, which were never distributed to members.

The UAW, in a statement Tuesday, said Ashton’s sentence was “appropriate.” It said his “crimes defy everything we stand for as a union and demonstrate his lack of respect for the oath of office he took and the rank-and-file members he represented.”

In an emailed statement Tuesday, GM said Ashton’s sentencing “is another reminder of criminal activities which caused harm to GM.” The company said it’s “an extraordinary breach of fiduciary duty,” which is why GM is “seeking to hold him accountable through a civil lawsuit.” GM previously described Ashton’s actions as “outrageous.” 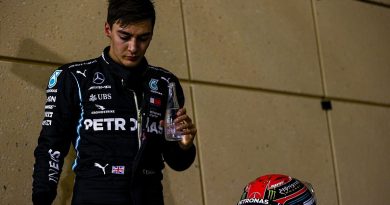