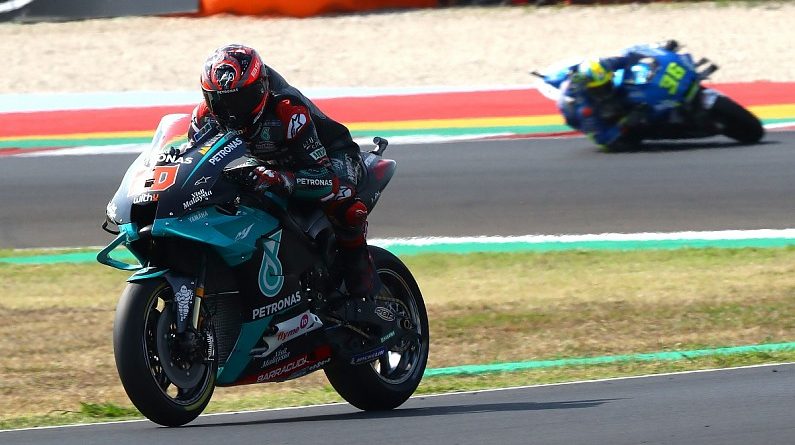 The final part of the second triple-header this season got underway in cool conditions at the Catalunya circuit, with Quartararo setting the early pace on his SRT Yamaha at the scene of his debut MotoGP podium in 2019.

The French rider is battling illness this weekend, but leaped to the top of the order at the start of the session with a 1m41.551s, before bettering that to a 1m41.377s.

Factory Yamaha counterpart Maverick Vinales edged ahead soon after with a 1m41.272s, improving on his next effort to a 1m41.105s as he went out straight away on a full fuel tank to start understanding the feeling of his M1 under race conditions.

Quartararo returned to top spot with a 1m40.872s just over 10 minutes into the session, which stood as the benchmark right up until the closing stages.

And it was the SRT rider who put it under threat, lighting up the timing screens across the final three sectors of the Catalunya circuit with three minutes to go to post a 1m40.584s.

On his final lap, Quartararo found more time and ended the session with a 1m40.431s, heading Ducati’s Andrea Dovizioso. 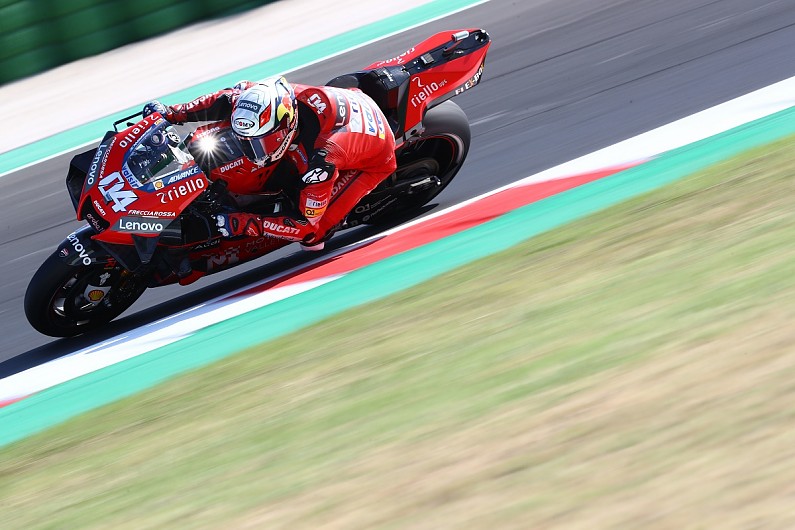 The Italian was the top Ducati runner in a low-key session for Desmosedici riders, with Dovizioso jumping up to second in the latter stages with a 1m40.861s after fitting a fresh soft rear tyre.

Suzuki’s Mir crashed at Turn 5 in the opening stages, but was soon back out on track and ended the morning third fastest with a 1m31.060s.

Vinales was fourth at the chequered flag ahead of Aleix Espargaro on the Aprilia, with the sister SRT bike of Franco Morbidelli completing the top six.

Alex Rins made a much better start to proceedings on his Suzuki after a tough Emilia Romagna round last week, and was seventh in FP1 with a 1m41.316s ahead of the factory Yamaha of Valentino Rossi – who confirmed on Thursday that he expects to sign his 2021 deal with SRT this weekend.

Cal Crutchlow returned to action on his LCR Honda having missed the last two rounds through complications from arm pump surgery last month – though is now riding with an injured ankle after a fall in the paddock on Wednesday.

The Briton was ninth fastest and top Honda runner in ninth ahead of Tech3 KTM’s Miguel Oliveira.

Factory KTM counterpart Pol Espargaro was some 1.4s off the pace in 16th, sandwiched between the equally slow-starting Francesco Bagnaia in 15th and his Pramac team-mate Jack Miller in 18th, while Danilo Petrucci – who was on the podium at Catalunya last year – was only 19th on his works Ducati.

Iker Lecuona was the only other faller in the session, though the Tech3 rider still managed a solid 13th in FP1. 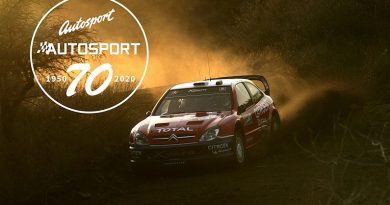 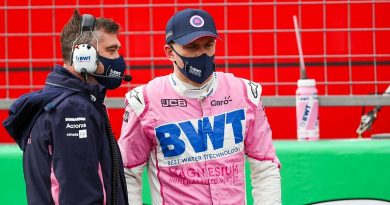 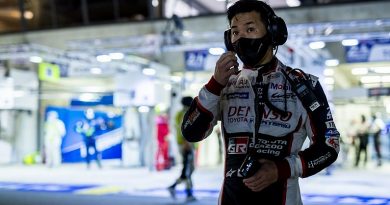