A multi-phased wellness campaign that targets First Nations in northern Manitoba is beginning with the launch of a public service announcement encouraging flu vaccinations.

The video is titled Breathe and is the first part of the Immunity Wellness campaign developed by Keewatinohk Inniniw Minoayawin (KIM), which in Cree means northern peoples’ wellness.

KIM is a self-governing First Nations health organization that was established in January by the Manitoba Keewatinowi Okimakanak (MKO) Chiefs Task Force on Health.

The video features a call to action voiced by Dr. Barry Lavallee, KIM’s chief executive officer to “take care of our elders, our health, and each other,” encouraging First Nations to make the choice to take preventative measures such as getting the flu vaccine.

“The idea started at the beginning during COVID, and this idea that we want to promote wellness, specifically the ability for people to fight off infections like COVID and enhance immunity,” said Routledge.

He said getting vaccinated for the flu fits into the overall theme of wellness because it goes toward protecting the whole community, as young people who aren’t necessarily at risk for complications from influenza can transmit it to people who are.

Teena Legris, communications officer with KIM, said that it is a campaign that will be running annually.

“We wanted to develop a concept that addresses the overarching goal of the Immunity Wellness campaign, which was to increase the uptake of flu vaccinations in preparation for the flu season and also addressing lung resiliency and smoking cessation,” said Legris.

“We’re also wanting to encourage First Nations to build their immunity and how they can do that in several ways, including dietary health.”

Legris said KIM wanted to deliver the message of the campaign in a way that connected to First Nations through visual storytelling.

“The actual script for the video PSA was inspired by a Cree prayer that I found that spoke calmly and gently and assuredly to the audience, so I was really inspired by that,” she said.

The video was shot by CoPilot Collective, a media company based in Winnipeg, which travelled to Nisichawayasihk Cree Nation, Tataskweyak Cree Nation, Troy Lake, and Thompson to film community members.

“We wanted to have their participation, we wanted to show the connection to the land,” said Legris.

“We wanted to showcase the strengths and the positive connection between First Nations, our culture, the land, and how we want to protect our families and our elders.”

It features music by Darryl Buck, a musician from the Mosakahiken and Opaskwayak Cree Nations and a set of beaded masks named Optimism and Resilience created by Cynthia Boehm, a Cree artist with Scottish ancestry, 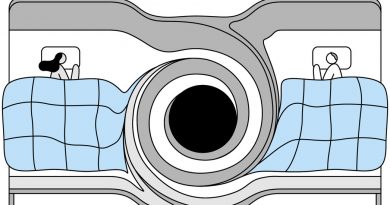