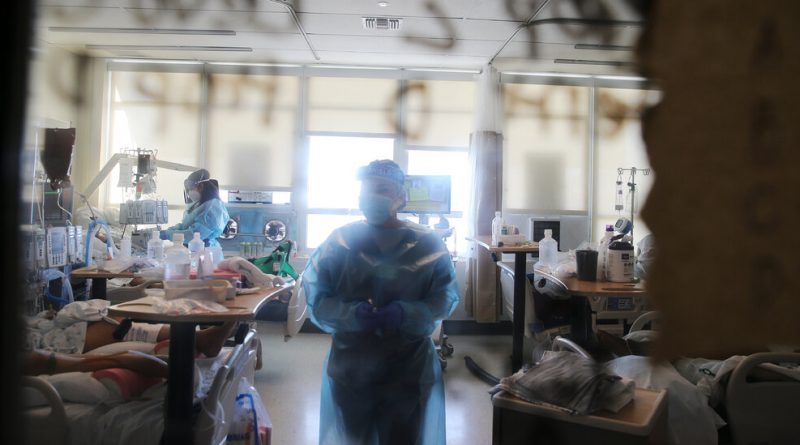 Nearly a year into the coronavirus pandemic, as thousands of patients are dying every day in the United States and widespread vaccination is still months away, doctors have precious few drugs to fight the virus.

A handful of therapies — remdesivir, monoclonal antibodies and the steroid dexamethasone — have improved the care of Covid patients, putting doctors in a better position than they were when the virus surged last spring. But these drugs are not cure-alls and they’re not for everyone, and efforts to repurpose other drugs, or discover new ones, have not had much success.

The government poured $18.5 billion into vaccines, a strategy that resulted in at least five effective products at record-shattering speed. But its investment in drugs was far smaller, about $8.2 billion, most of which went to just a few candidates, such as monoclonal antibodies. Studies of other drugs were poorly organized.

The result was that many promising drugs that could stop the disease early, called antivirals, were neglected. Their trials have stalled, either because researchers couldn’t find enough funding or enough patients to participate.

At the same time, a few drugs have received sustained investment despite disappointing results. There’s now a wealth of evidence that the malaria drugs hydroxychloroquine and chloroquine did not work against Covid. And yet there are still 179 clinical trials with 169,370 patients in which at least some are receiving the drugs, according to the Covid Registry of Off-label & New Agents at the University of Pennsylvania. And the federal government funneled tens of millions of dollars into an expanded access program for convalescent plasma, infusing almost 100,000 Covid patients before there was any robust evidence that it worked. In January, those trials revealed that, at least for hospitalized patients, it doesn’t.

The lack of centralized coordination meant that many trials for Covid antivirals were doomed from the start — too small and poorly designed to provide useful data, according to Dr. Janet Woodcock, the acting commissioner of the Food and Drug Administration. If the government had instead set up an organized network of hospitals to carry out large trials and quickly share data, researchers would have many more answers now.

“I blame myself to some extent,” said Dr. Woodcock, who has overseen the federal government’s efforts to develop Covid drugs.

She hopes to tame the chaos with a new effort from the Biden administration. In the next couple of months, she said, the government plans to start large and well-organized trials for existing drugs that could be repurposed to fight Covid-19. “We are actively working on that,” Dr. Woodcock said.

Brand-new antiviral drugs might also help, but only now is the National Institutes of Health putting together a major initiative to develop them, meaning they won’t be ready in time to fight the current pandemic.

“This effort will be unlikely to provide therapeutics in 2021,” Dr. Francis Collins, the head of the N.I.H., said in a statement. “If there is a Covid-24 or Covid-30 coming, we want to be prepared.”

Even as the number of cases and deaths have surged around the country, the survival rate of those who are infected has improved significantly. A recent study found that by June, the mortality rates of those hospitalized had dropped to 9 percent from 17 percent at the start of the pandemic, a trend that has been echoed in other studies. Researchers say the improvement is partly because of the steroid dexamethasone, which boosts survival rates of severely ill patients by tamping down the immune system rather than blocking the virus. Patients may also be seeking care earlier in the course of the illness. And masks and social distancing may reduce viral exposure.

When the new coronavirus emerged as a global threat in early 2020, doctors frantically tried an assortment of existing drugs. But the only way to know if they actually worked was to set up large clinical trials in which some people received placebos, and others took the drug in question.

Getting hundreds or thousands of people into such trials was a tremendous logistical challenge. In early 2020, the N.I.H. narrowed its focus to just a few promising drugs. That support led to the swift authorization of remdesivir and monoclonal antibodies. Remdesivir, which stops viruses from replicating inside cells, can modestly shorten the time patients need to recover, but has no effect on mortality. Monoclonal antibodies, which stop the virus from entering cells, can be very potent, but only when given before people are sick enough to be hospitalized.

Hundreds of hospitals and universities began their own trials of existing drugs — already deemed safe and widely manufactured — that might also work against the coronavirus. But most of these trials were small and disorganized.

In many cases, researchers have been left on their own to set up trials without the backing of the federal government or pharmaceutical companies. In April, as New York City was in the throes of a Covid surge, Charles Mobbs, a neuroscientist at Icahn School of Medicine at Mount Sinai, heard about some intriguing work in France hinting at the effectiveness of an antipsychotic drug.

Doctors at French psychiatric hospitals had noticed that relatively few patients became ill with Covid-19 compared with the staff members who cared for them. The researchers speculated that the drugs the patients were taking could be protecting them. One of those drugs, the antipsychotic chlorpromazine, had been shown in laboratory experiments to prevent the coronavirus from multiplying.

The doctors tried to start a trial of chlorpromazine, but the pandemic ebbed — temporarily, it turned out — in France by the time they were ready. Dr. Mobbs then spent weeks making arrangements for a trial of his own on patients hospitalized at Mount Sinai, only to hit the same wall. “We ran out of patients,” he said.

If doctors like Dr. Mobbs could tap into nationwide networks of hospitals, they would be able to find enough patients to run their trials quickly. Those networks exist, but they were not opened up for drug-repurposing efforts.

Many scientists suspect that the best time to fight the coronavirus is early in an infection, when the virus is multiplying quickly. But it’s particularly hard to recruit trial volunteers who are not in a hospital. Researchers have to track down people right after they’ve tested positive and find a way to deliver the trial drugs to them.

At the University of Kentucky, researchers began such a trial in May to test a drug called camostat, which is normally used to treat inflammation of the pancreas. The scientists thought it might also work as a Covid-19 antiviral because it destroys a protein that the virus depends on to infect human cells. Because camostat comes in pill form, rather than an infusion, it would be especially useful for people like the trial volunteers, many of whom lived in remote rural areas.

But the researchers have spent the past eight months trying to recruit enough participants. They have had trouble finding patients who have recently received a Covid diagnosis, especially with the unpredictable rise and fall of cases.

“This has been the source of the delays for essentially all of the trials around the world,” said Dr. James Porterfield, an infectious disease clinician at the University of Kentucky College of Medicine, who is leading the trial.

While doctors like Dr. Porterfield have struggled to carry out studies on their own, a few drugs have become sensations, praised as cure-alls despite a lack of evidence.

The first supposed panacea was hydroxychloroquine, a drug developed for malaria. Television pundits claimed it had healing powers, as did President Trump. Rather than start one large, well-designed trial across many hospitals, doctors began a swarm of small trials.

“There was no coordination, and no centralized leadership,” said Ilan Schwartz, an infectious disease expert at the University of Alberta.

Nevertheless, the F.D.A. gave the drug an emergency clearance as a treatment for people hospitalized with Covid. When large clinical trials finally did begin delivering results, it turned out that the drug provided no benefit — and might even do harm. The agency withdrew its authorization in June.

Many scientists were left embittered, considering all that work a waste of precious time and resources.

“The clear, unambiguous and compelling lesson from the hydroxychloroquine story for the medical community and the public is that science and politics do not mix,” Dr. Michael Saag of University of Alabama at Birmingham wrote in November in the New England Journal of Medicine.

Now another drug is becoming popular before there’s strong evidence that it works: the parasite-killing compound ivermectin. Senator Ron Johnson, Republican of Wisconsin, who extolled hydroxychloroquine in April, held a hearing in December where Dr. Pierre Kory testified about ivermectin. Dr. Kory, a pulmonary and critical care specialist at Aurora St. Luke’s Medical Center in Milwaukee at the time, called it “effectively a ‘miracle drug’ against Covid-19.” Yet there are no published results from large-scale clinical trials to support such claims, only small, suggestive ones.

Even if the federal government had set up a centralized trial network, as it is trying to do now, scientists would have still faced some unavoidable hurdles. It takes time to do careful experiments to discover promising drugs and then to confirm that they’re really worth investigating further.

In February, Dr. Chanda and his colleagues began a different kind of search for a Covid-19 antiviral. They screened a library of 13,000 drugs, mixing each drug with cells and coronaviruses to see if they stopped infections.

A few drugs proved promising. The researchers tested one of them — a cheap leprosy pill called clofazimine — over several months, doing experiments in human lung tissue and hamsters. Clofazimine fought off the virus in the animals if they received it soon after being infected.

Now, nearly a year after he started his research, Dr. Chanda is hoping he can get funding for the most difficult part of drug testing: large and randomized clinical trials that can cost millions of dollars. To complete this stage efficiently, researchers almost always need the backing of a large company or the federal government, or both — as happened with the large clinical trials for the new coronavirus vaccines.

It’s unclear how the Biden administration’s new drug-testing effort will choose which drug candidates to support. But if trials begin in the next few months, it’s possible they could reveal useful data by the end of the year.

Pharmaceutical companies are also beginning to fund some trials of repurposed drugs. A study published this week in Science found that a 24-year-old cancer drug called plitidepsin is 27 times more potent than remdesivir at halting the coronavirus in lab experiments. In October, a Spanish drug company called PharmaMar reported promising results from a small safety trial of plitidepsin. Now the company is preparing to start a late-stage trial in Spain to see if the drug works compared with a placebo.

The pharma giant Merck is running a large, late-stage trial on a pill called molnupiravir, originally developed by Ridgeback Biotherapeutics for influenza, which has been shown to cure ferrets of Covid-19. The trial’s first results could emerge as early as March.

Experts are particularly eager to see this data because molnupiravir may be effective in treating more than just Covid-19. In April, scientists found that the drug could also treat mice infected with other coronaviruses that cause SARS and MERS.

Any antivirals that may emerge in 2021 won’t save the lives already lost to Covid-19. But it’s possible that one of those drugs may work against coronavirus pandemics to come. 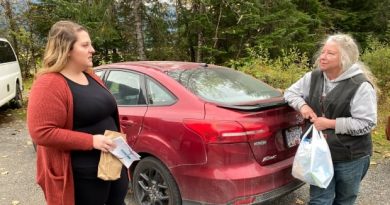 Holy Grail treatment for COVID-19 remains out of reach. But options exist