Britain began vaccinating its population with the COVID-19 shot developed by Oxford University and AstraZeneca on Monday, touting a scientific “triumph” that puts it at the vanguard of the West in inoculating against the virus.

Britain, which is rushing to vaccinate its population faster than the United States and the rest of Europe, is the first country to roll out the Oxford-AstraZeneca shot.

It rolled out the Pfizer and Germany’s BioNTech vaccine last year.

Dialysis patient Brian Pinker, 82, was the first to get the Oxford-AstraZeneca shot at Oxford University Hospital Monday morning, just a few hundred metres from where the vaccine was developed.

“I am so pleased to be getting the COVID vaccine today and really proud that it is one that was invented in Oxford,” said Pinker, a retired maintenance manager who has been having dialysis for kidney disease.

He was looking forward to celebrating his 48th wedding anniversary with wife, Shirley, in February.

“The nurses, doctors and staff today have all been brilliant,” he said.

Britain has put more than a million COVID-19 vaccines into arms already — more than the rest of Europe put together, Health Secretary Matt Hancock said.

“That’s a triumph of British science that we’ve managed to get where we are,” Hancock told Sky. “Right at the start, we saw that the vaccine was the only way out long term.”

Prime Minister Boris Johnson’s government has secured 100 million doses of the Oxford-AstraZeneca vaccine, which can be kept in refrigerators rather than ultra-cold storage, making it easier to distribute than the Pfizer shot.

Six hospitals in England are administering the first of around 530,000 doses Britain has ready. The program will be expanded to hundreds of other British sites in coming days, and the government hopes it will deliver tens of millions of doses within months.

Britain last month became the first country to use a different vaccine produced by Pfizer and BioNTech, which has to be stored at very low temperatures.

Other Western countries have taken a longer and more cautious approach to rolling out vaccines, though Russia and China have been inoculating their citizens for months with several different vaccines still undergoing late-stage trials.

China on Dec. 31. approved its first COVID-19 vaccine for general public use, a shot developed by an affiliate of state-backed pharmaceutical giant Sinopharm. The company said it is 79 per cent effective against the virus.

Russia said on Nov. 24 its Sputnik V vaccine, developed by the Gamaleya Institute, was 91.4 per cent effective based on interim late-stage trial results. It started vaccinations in August and has inoculated more than 100,000 people so far.

India approved the Oxford-AstraZeneca vaccine on Sunday for emergency use.

Cases of COVID-19 in Britain have risen sharply in recent weeks, fuelled by a new and more transmissible variant of the virus. On Sunday there were nearly 55,000 new cases, and in total more than 75,000 people in the country have died with COVID-19 during the pandemic — the second highest toll in Europe.

While the government has been keen to hail its vaccination program as the furthest advanced in the world, it has had to balance the optimism of that message and plead with the public to stick to rules to prevent new infections.

Johnson said on Sunday that tougher restrictions were likely to be introduced, even with millions of citizens already living under the strictest tier of rules.

Asked whether the government was considering imposing a new national lockdown, Hancock said: “We don’t rule anything out.”

The spread of the variant virus has also forced the government to change its approach to vaccination. Britain is now prioritizing getting a first dose of a vaccine to as many people as possible over giving second doses. Delaying the distribution of second shots should help stretch the supply.

The change of strategy has drawn criticism from some British doctors. 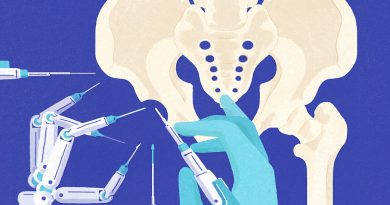