The Quebec College of Physicians is calling for all cosmetic surgery clinics to close for the time being, saying that procedures such as facelifts and breast implants shouldn’t be performed while the province’s public health system faces a staffing crisis.

CBC News reported earlier this week that non-essential plastic surgeries are continuing to take place in the private sector. On Thursday, the health minister confirmed that this was allowed under public health rules.

However, as Quebec’s public hospitals struggle with a shortage of nurses and respiratory therapists, these front-line workers are also being hired for cosmetic operations.

In a statement Friday, the college said that cosmetic clinics should be closed, given the current curfew and the fact that the province is preparing for the possibility of having to use a triage protocol to decide who will receive care.

But, the college says, ultimately it’s the province’s Health Ministry that decides if the clinics should close.

When asked about the situation during a news conference on Thursday, Health Minister Christian Dubé said forcing these clinics to close was not currently part of his plan to help hospitals cope with the influx of COVID-19 patients.

On Friday, a spokesperson for the Health Ministry told CBC in an email that it ha​d​ not yet “received this proposal” and that it would fall to public ​h​ealth officials to “analyze ​the idea and then make​ ​recommendations.”

​Gabriel Nadeau-Dubois, MNA for Gouin and co-spokesperson for Québec Solidaire, said he was shocked to hear that cosmetic surgeries were still going on at private clinics.

“It is completely unacceptable in the middle of an acute crisis in our health-care system that rich people are able to buy themselves a medical procedure, and it is a waste of very precious resources that that private system is able to work as usual,” he told CBC News.

He said the government should not just force cosmetic clinics to temporarily close, but all private clinics offering non-urgent medical services.

“The government should make sure all our medical resources in Quebec are in the service of our collective effort to fight the pandemic,” said Nadeau-Dubois.

“Our intensive care units are on the brink of collapse right now, that’s what the front line workers are telling us. The government should not accept that while this is taking place, there are nurses, equipment, rooms and doctors actually not taking part in our fight against COVID-19.”

A burden on the system

This opinion is echoed by Dr. Isabelle Leblanc, president of a group called Quebec Doctors for the Public System.

“I think all physicians should be helping out with the pandemic right now,” she said. “Everything that is not urgent, I think, should be postponed. Just like some hip replacements and knee replacements are being postponed right now in the public system.”

Leblanc, who is a family doctor at St. Mary’s Hospital, supports the call by the Quebec College of Physicians or cosmetic operations to stop.

Many people have been waiting months for elective surgeries and non-urgent procedures, and it’s possible things like colonoscopies, kidney transplants and hip replacements will also be delayed.

Many Quebecers have turned to private orthopedic surgeons for hip and knee replacements because of long wait times.

Denyse Joseph, vice-president of the province’s largest nurses’ union, FIQ, told CBC that she doesn’t think all surgeries in the private network should be cancelled but that this is an “exceptional situation” and more hands are needed.

“With the situation we are in right now in the network, any help is welcome,” she said. “The health care professionals are burning out. The workload is insane.”

Joseph said if she were the health minister, she “would give them 24 hours to do the analysis and come back with a proposal” as time is of the essence. 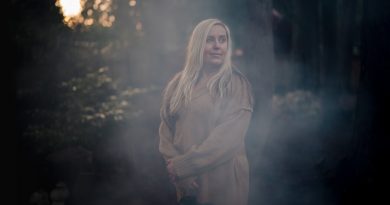