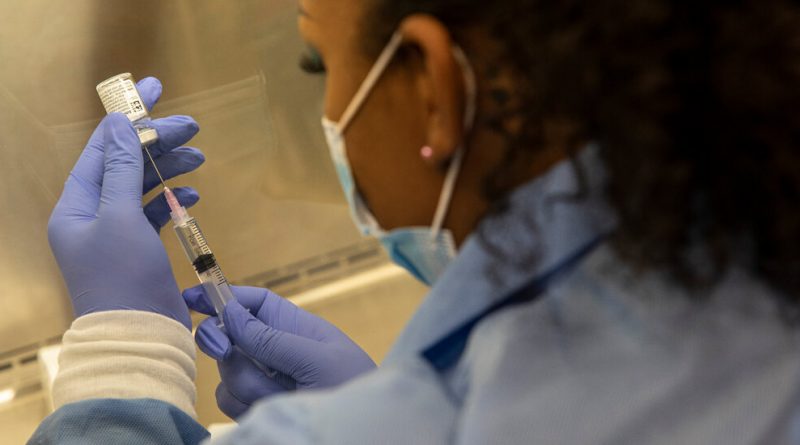 President Trump has received a dose of an experimental antibody cocktail being developed by the drug maker Regeneron, in addition to several other drugs, including zinc, vitamin D and the generic version of the heartburn treatment Pepcid, according to a letter from his doctor that was released by the White House Friday afternoon.

Mr. Trump and the first lady, Melania Trump, announced early Friday morning that they had tested positive for the coronavirus. The president has a low-grade fever, nasal congestion and a cough, according to two people close to Mr. Trump.

In the letter, Mr. Trump’s doctor, Dr. Sean P. Conley, said “he completed the infusion without incident” and that he “remains fatigued but in good spirits.”

There are no approved treatments for Covid-19, but the Regeneron treatment is one of the most promising candidates, along with another antibody treatment developed by Eli Lilly. Both are being tested in patients around the country. Initial results have suggested that they can reduce the level of the virus in the body and possibly shorten hospital stays — when they are given early in the course of infection.

Although Regeneron’s product has not been authorized for emergency use by the Food and Drug Administration, companies can grant access to their experimental treatments through compassionate use, for example, if all other options have failed and a patient might die without trying the drug.

In an interview Friday afternoon, Regeneron’s chief executive, Dr. Leonard S. Schleifer, said Mr. Trump’s medical staff reached out to the company for permission to use the drug, and that it was cleared with the Food and Drug Administration.

“All we can say is that they asked to be able to use it, and we were happy to oblige,” he said. He said that so-called compassionate use cases — when patients are granted access to an experimental treatment outside of a clinical trial — are decided on a case-by-case basis and he is not the first patient to be granted permission to use the treatment this way. “When it’s the president of the United States, of course, that gets — obviously — gets our attention.”

Dr. Schleifer has known Mr. Trump casually for years, having been a member of his golf club in Westchester County.

A spokeswoman for Regeneron, Hala Mirza, said that for its coronavirus treatment, “our first priority is to maintain a sufficient supply in order to conduct rigorous clinical trials,” adding, “there is limited product available for compassionate use requests that are approved under certain exceptional circumstances on a case-by-case basis.”

“This is certainly putting us in a difficult situation,” Dr. Yancopoulos said. The company is also planning for how to allocate the product if it is authorized for emergency use or approved. Regeneron has an arrangement with the Department of Defense to distribute the first 300,000 doses once it is available. “We didn’t want to decide who gets a limited number of doses,” he said.

“I am obviously conflicted, but I probably know the science and the data as well as anyone in the world,” he added. “If it was me I would take it.”

During the pandemic, Mr. Trump has promoted a range of unproven or scientifically questionable treatments for the virus, and himself took the malaria drug hydroxychloroquine in the hopes that it could prevent infection. The Food and Drug Administration authorized hydroxychloroquine for emergency use this spring, then revoked its approval after concluding that the drug’s potential benefits did not outweigh the risks.

Mr. Trump has also enthusiastically endorsed the use of convalescent plasma and pushed for the F.D.A. to authorize the treatment for emergency use even though there is still not good evidence that it works. He suggested that injecting a disinfectant like bleach could help combat the virus, although later said he was joking.

Other treatments — an inexpensive steroid, dexamethasone, and remdesivir, an antiviral drug developed by Gilead — have been shown in clinical trials to help patients with Covid-19 who are sick enough to be hospitalized. Neither drug has gone through the rigorous F.D.A. approval process to determine that it is safe and effective, although dexamethasone is widely available for other uses, and remdesivir has received emergency authorization.

Dr. Conley said in his letter that in addition to the Regeneron treatment, Mr. Trump was also taking zinc, vitamin D, melatonin, a daily aspirin and famotidine, the generic name for the heartburn drug Pepcid. Some of these products, which are widely available, have been studied as treatments for Covid-19, although none have been definitively proven to work.

Dr. Clifford Rosen, a professor of medicine at Tufts and an associate editor at the New England Journal of Medicine, said there are no rigorous clinical trials showing vitamin D, zinc or famotidine help fight the virus.

Mr. Trump in 2018 signed the Right to Try law, which allows patients and their doctors to directly request an experimental treatment from a company, without first seeking approval from the F.D.A., which typically approves the vast majority of such requests. The Right to Try law is rarely used, however, with most doctors and hospitals preferring to use the existing process of seeking company and then agency approval.

Some ethics experts said it was not surprising that Mr. Trump was given an experimental drug, given that it has passed safety trials.

“Presidential medicine is and has been unique,” said Arthur L. Caplan, a professor of medical ethics at the N.Y.U. Grossman School of Medicine. “If his doctors think an intervention might be helpful, and if that judgment is confirmed by outside experts they talk to, and if things look dire or serious, then the president will get access to any and all agents.”

Regeneron and Eli Lilly are the furthest along of several companies and teams of researchers in developing what are known as monoclonal antibodies to fight Covid-19. Researchers identify powerful antibodies that fight infection, then manufacture them in large quantities. They are then given to sick patients, or to people who have been exposed to the virus, in the hopes that they will help boost the body’s immune response.

Antibody treatments have shown promise against other viruses, including Ebola.

In an interview before the announcement that Mr. Trump was taking the Regeneron drug, Dr. Daniel Skovronsky, chief scientific officer at Eli Lilly, said that the company had only allowed access to its experimental coronavirus treatment through a clinical trial, in which patients might get a placebo to test whether the product works.

“We are committed to clinical trials,” Dr. Skovronsky said, adding that if the company gives out the drug too freely, patients will not want to enroll in those trials.

This spring, after the F.D.A. set up a large access program for convalescent plasma and Mr. Trump promoted its benefits, researchers had difficulty enrolling participants in clinical trials that used a placebo.

On Tuesday, Regeneron said that its treatment, a cocktail of two antibodies, hastened recovery time and reduced the amount of virus in the nasal cavities of a small number of volunteers in its ongoing study.

The new results were from a study of 275 volunteers who were treated after being diagnosed with Covid-19. Those who were not making their own antibodies at the start of the trial benefited the most, Regeneron reported. Their symptoms resolved in an average of 6 to 8 days, compared with 13 days in those who received a placebo.

The dose that Mr. Trump received is the higher of two doses that Regeneron is testing in its trial of outpatients with Covid-19.

Despite their early promise, monoclonal antibodies are difficult and expensive to manufacture, and some have raised questions about whether the companies will be able to make enough to meet global demand if they are proven to work.

Regeneron has been awarded more than $500 million from the federal government to develop and manufacture its product before the clinical trials have concluded. In August, the company announced it was teaming up with a larger company, Roche, to ramp up production.

Coronavirus: What’s happening in Canada and around the world on Oct. 25