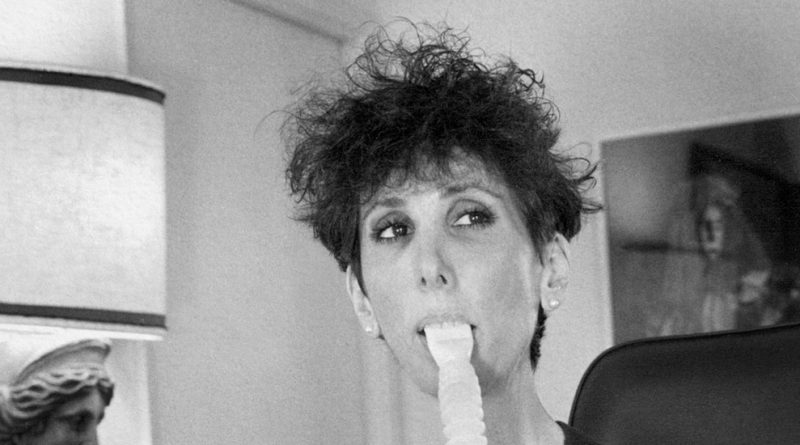 Fiduccia pushed for increased access to reproductive services, including mammograms and pelvic exams. She and others successfully lobbied to expand the national Hate Crime Statistics Act to include violence against people with disabilities. She also served on the California attorney general’s Civil Rights Commission on Hate Crimes.

With her future husband, Daniel Fiduccia, a legal affairs consultant she met at a 1992 training session for disability advocates, she fought to raise the income limit for federal health benefits, which stood in the way of marriage for disabled couples. Daniel Fiduccia was a survivor of childhood cancer, and his mobility was limited from radiation treatments that had weakened his bones.

Under federal health limits, Barbara Fiduccia’s salary as a single woman was low enough for Medicare and Medicaid to cover the cost of her personal attendants and ventilator. But the couple’s combined income was over the limit, forcing them to choose between marriage and the health benefits that helped keep Barbara Fiduccia alive. Her dilemma, she told The San Jose Mercury News in 1995, felt “like a dirty joke.”

“I was told in so many ways as a girl that I’d always be alone,” she told the newspaper. Instead, she said, she found “tremendous love and passion” with a man who wanted to spend his life with her.

Her ventilator strapped to the back of her wheelchair, Barbara Fiduccia made the rounds on Capitol Hill, advocating alongside other disability activists, while Daniel Fiduccia helped map out a legal strategy. Although Congress did not eliminate the so-called marriage penalty, the rules were changed in the mid-1990s to allow states to grant waivers to individual couples.

“They wanted to be married, and this was their one shot,” Marsha Saxton, director of research and training at the World Institute on Disability in Oakland, Calif., and a friend of Barbara Fiduccia, said in a phone interview. “But they also wanted to change policy.”

The couple married in July 1996 in a small Roman Catholic service near their home in Cupertino, Calif., said Rick Santina, a family friend who attended. They were fond of children, though they had none of their own. Santina said his children came to know Barbara Fiduccia as “Aunt Beep” because she let them blast the horn on her wheelchair as she gave them rides on her lap.