“Perfection may be the enemy of the good, but for aducanumab, the evidence doesn’t even rise to ‘good,’” the neurologist, Dr. David Knopman, wrote in a comment submitted to the panel before Friday’s hearing. Dr. Knopman, who sits on the advisory panel but was recused from the hearing because of his work with the aducanumab trials, added, “Contrary to the hope that aducanumab will help Alzheimer patients, the evidence shows it will offer improvement to none, it will harm some of those exposed, and it will consume enormous resources.”

Documents posted by the F.D.A. in advance of the hearing gave the impression that most of the agency’s reviewers were satisfied that data from the successful trial was strong and that safety issues, which mostly involved a type of brain swelling, were manageable.

But another F.D.A. reviewer expressed concerns in the documents. Tristan Massie, an F.D.A. mathematical statistician, wrote that he believed “there is no compelling, substantial evidence of treatment effect or disease slowing and that another study is needed.”

Other experts said that the degree of benefit the trial claims to show is slight, slowing cognitive decline over 18 months by half a point on a 3-point cognitive scale, the primary measurement in the study.

“My view is that it doesn’t do anything,” said Dr. Michael Greicius, medical director of the Stanford Center for Memory Disorders.

At Friday’s hearing, Dr. Budd Haeberlein said that based on another scale used as a secondary measure, the drug might prolong decline in a person’s daily functional ability by seven months in an 18-month period.

Patients’ groups argued forcefully for approval, citing the devastation caused by the disease.

“While the trial data has led to some uncertainty among the scientific community, this must be weighed against the certainty of what this disease will do to millions of Americans absent a treatment,” the Alzheimer’s Association wrote in a letter to the panel. “The potential to delay decline would be denied to millions, and that time lost for those spouses, partners, moms, dads, grandmothers, grandfathers, aunts, uncles, friends, and neighbors cannot be recovered. In the balance of these considerations, we urge approval.” 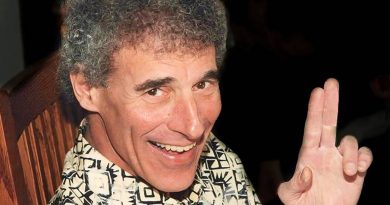 Fourth-Largest U.S. School District to Allow Students Back in Classrooms