This column is an opinion by Brooks Roche, a member of the Prime Minister’s Youth Council from Charlottetown, PEI. He is an advocate for progressive, inclusive systems that help Canadians living with disabilities, and has lived with type 1 diabetes for 20 years. For more information about CBC’s Opinion section, please see the FAQ.

Twenty years ago today I was diagnosed with diabetes, but it was 100 years ago that my life was saved.

It’s a story you’ve undoubtedly heard: in 1921 at the University of Toronto, Sir Frederick Banting and Dr. Charles Best performed successful human trials of synthetic insulin, a discovery responsible for millions of lives saved and improved over the past century. This discovery has been hailed as one of Canada’s greatest inventions, and remains a signature source of national pride in medical innovation.

But it’s not enough anymore.

Today, 11 million Canadians – nearly one in three – live with pre-diabetes or diabetes, a figure that has doubled since 2000.

Canada ranks among the worst OECD countries for the number of diabetes cases per capita, and the prevalence and direct costs of treating the disease are rising at a rate of 4 per cent and 10 per cent respectively per year. In 2015, Canada spent more than $15 billion on direct diabetes care; without significant action, the direct annual costs of treating the disease are projected to exceed $40 billion within this decade.

The effects of diabetes have been exacerbated by COVID-19 pandemic. Diabetics already suffer a life expectancy shortened by 13 years, and recent research estimates they are twice as likely to be hospitalized and three times as likely to die of COVID-19.

We must recognize the cold, hard truth that diabetes is an epidemic with severe and escalating consequences for our citizens, governments, and employers. It is crucial that we invest in reducing the burden of diabetes on Canadians and our health care system.

Conveniently, we have a clear path forward. There is a wealth of data-driven policy ready to be adopted in the form of Diabetes 360°, a framework built by the rigorous policy research of more than 100 national stakeholders.

The implementation of this framework has been recommended by the Parliamentary Standing Committees on both Health and Finance. It would see $150 million invested over seven years, with an estimated $20 billion return over the same period.

About $11 billion of that return would be realized by our health care system (consider 770,000 fewer cases of type 2 diabetes, 245,000 fewer hospitalizations, and 34,000 fewer limb amputations).

A further $9 billion benefit would be to employers, in the form of improved productivity and less time off work for illness and treatment (employees with type 2 diabetes are estimated to cost employers an average of $1,500 per year, for example).

Kate Beaulieu, 15, has Type 1 diabetes. She and her mother Karen said she has to focus on managing it during the COVID-19 pandemic in order to be able to go to school and maintain her extracurriculars. 1:31

COVID-19 has illustrated the importance of consistent policy, systems integration, and data sharing across our provincial and territorial health systems; we’ve also borne witness to the massive change that can emerge from collective will and a sense of public health urgency. Simply put, coordinated and rapid action will yield the strongest results.

Diabetes 360° builds upon these principles – and the precedent illustrated by existing national policies and programs for treating cancer and mental health – by recognizing that all Canadians deserve equitable access to consistent, modernized health supports.

Dealing with the diabetes epidemic hinges on addressing health inequities that disproportionately affect the physically and economically vulnerable.

Many of the Canadians most susceptible to diabetes live in rural and remote regions. Improving and expanding access to virtual-care offerings is one of the keys to ensuring proper and equitable care.

Another involves addressing the inequities in diabetes risk evident in the distribution of complications and comorbidities across Canada. Driven by social determinants of health, such as income level, educational attainment, employment and working conditions, and food security, many of these inequities highlight systemic discrimination. Canadians over the age of 65 are the most vulnerable broad demographic, followed closely by BIPOC. For First Nations peoples living on reserve, diabetes prevalence is up to five times higher than among non-First Nations Canadians.

Diabetes 360°, if adopted, would immediately fund a reduction in food insecurity and increased public education about preventative measures.

The return on investment of Diabetes 360° extends to other areas of the health system, as well. The disease is a key contributor to heart disease, stroke, obesity, kidney diseases, and some cancers, meaning that investing in preventative approaches will pay dividends by reducing incidences of other damaging and costly conditions.

Our international counterparts have experienced astounding successes in adopting coordinated, comprehensive national diabetes strategies. Since the inception of Finland’s strategy in 2000, for example, the nation has reduced the risk of developing diabetes by 58 per cent. The impact of this move is resoundingly positive, providing widespread opportunities for people to lead better lives.

As we enter the centenary of Canada’s insulin innovation, the undeniable reality is that our country has done too little to maintain its position as a global leader in diabetes care.

Speaking as an individual with 20 years of lived experience, Diabetes 360° represents an enormously beneficial and politically straightforward investment. The scope of this issue requires upstream solutions and thinking beyond party lines or electoral chances. Our decision-makers must push for this legislation at the provincial, territorial, and federal levels — and those touched by diabetes (that’s you, dear reader) need to speak out and make a difference.

We owe it to our history, our citizens, and ourselves to invest in major systemic change in diabetes care. 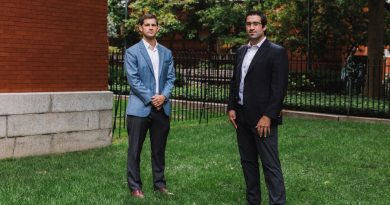 Are Fever Checks a Good Gatekeeper for Covid?