Quebec Premier François Legault is expected to offer details on how the province will respond to increasing COVID-19 cases and increasing strain on the health-care system later Wednesday.

The province, which has seen more cases and deaths than any other during the pandemic, reported 2,508 new cases of COVID-19 and 62 additional deaths on Tuesday. Hospitalizations increased to 1,317, with 194 COVID-19 patients in the province’s intensive care units.

Sources told Radio-Canada that Legault has been asked to consider a range of measures, including extended school closures, limits on non-essential construction and manufacturing, and a curfew.

Ontario, which reported 3,266 new cases of COVID-19 and 37 additional deaths on Wednesday, is also dealing with increased stress on the health-care system. Health Minister Christine Elliott said in a tweet on Wednesday there were 805 new cases in Toronto, 523 new cases in Peel Region, 349 in York Region, 208 in Windsor-Essex and 206 in Waterloo.

Hospitalization data had not yet been updated, but the province on Tuesday said COVID-19 hospitalizations stood at 1,347 — a new high in the province. According to provincial data, 352 people with COVID-19 were in intensive care units.

Premier Doug Ford, who is set to hold a news conference at 1 p.m. ET on Wednesday, is expected to face questions about the province’s vaccine rollout and his former finance minister’s recent trip to the Caribbean.

In southern Ontario, the Windsor Regional Hospital said in a statement Tuesday that a “high volume of patients” with COVID-19 who needed to be admitted to hospital has forced the facility to begin moving some patients to other area hospitals “in order to create bed capacity at our two Windsor campuses.”

Meanwhile in the Hamilton, Ont., area, a hospital network CEO is the latest leader to face criticism over holiday travel. Dr. Tom Stewart, CEO of St. Joseph’s Health System and Niagara Health, travelled to the Dominican Republic in December.  Stewart, who apologized in a statement and expressed regret over the trip, has resigned from groups that advise the province about COVID-19. 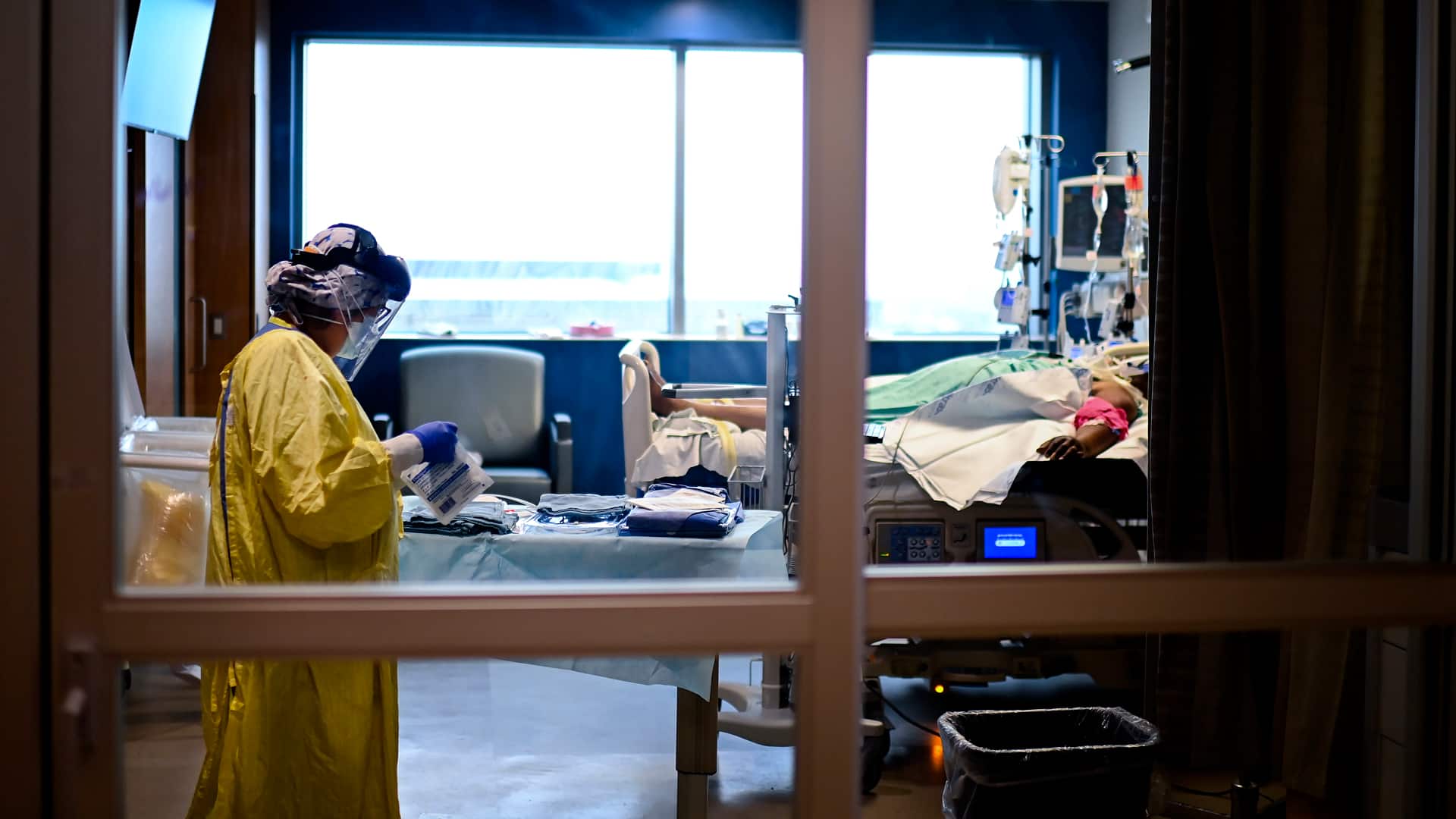 A surge of COVID-19 patients has pushed Ontario past the threshold where hospitals warned surgeries would be delayed or cancelled. ICUs are stretched to the limit and some hospitals have had to find room for patients, and bodies, elsewhere. 2:06

In Atlantic Canada, New Brunswick is stepping up restrictions as it deals with rising COVID-19 case numbers. Health officials reported 27 new cases on Tuesday, a record high in the province.

“Given our current path, we could see hundreds of new active cases daily in our province,” Premier Blaine Higgs said Tuesday. “To say this would be devastating is an understatement.”

Nova Scotia reported three new cases of COVID-19 on Tuesday, while health officials in both Newfoundland and Labrador and Prince Edward Island reported one new case.

Across the North, there were no new cases reported on Tuesday. In the Northwest Territories, health officials provided details of its COVID-19 vaccination strategy. Nunavut also released details around its COVID-19 vaccine plan, saying it will begin this week at the elders’ centre in Iqaluit. Vaccination efforts are already underway in Yukon.

The province extended its state of emergency again on Tuesday in response to the COVID-19 pandemic nearly 10 months after it was first declared. Premier John Horgan said in a statement there’s hope with the provincial immunization program getting underway, but it’s too early to ease restrictions in the pandemic that has claimed 954 lives in B.C. 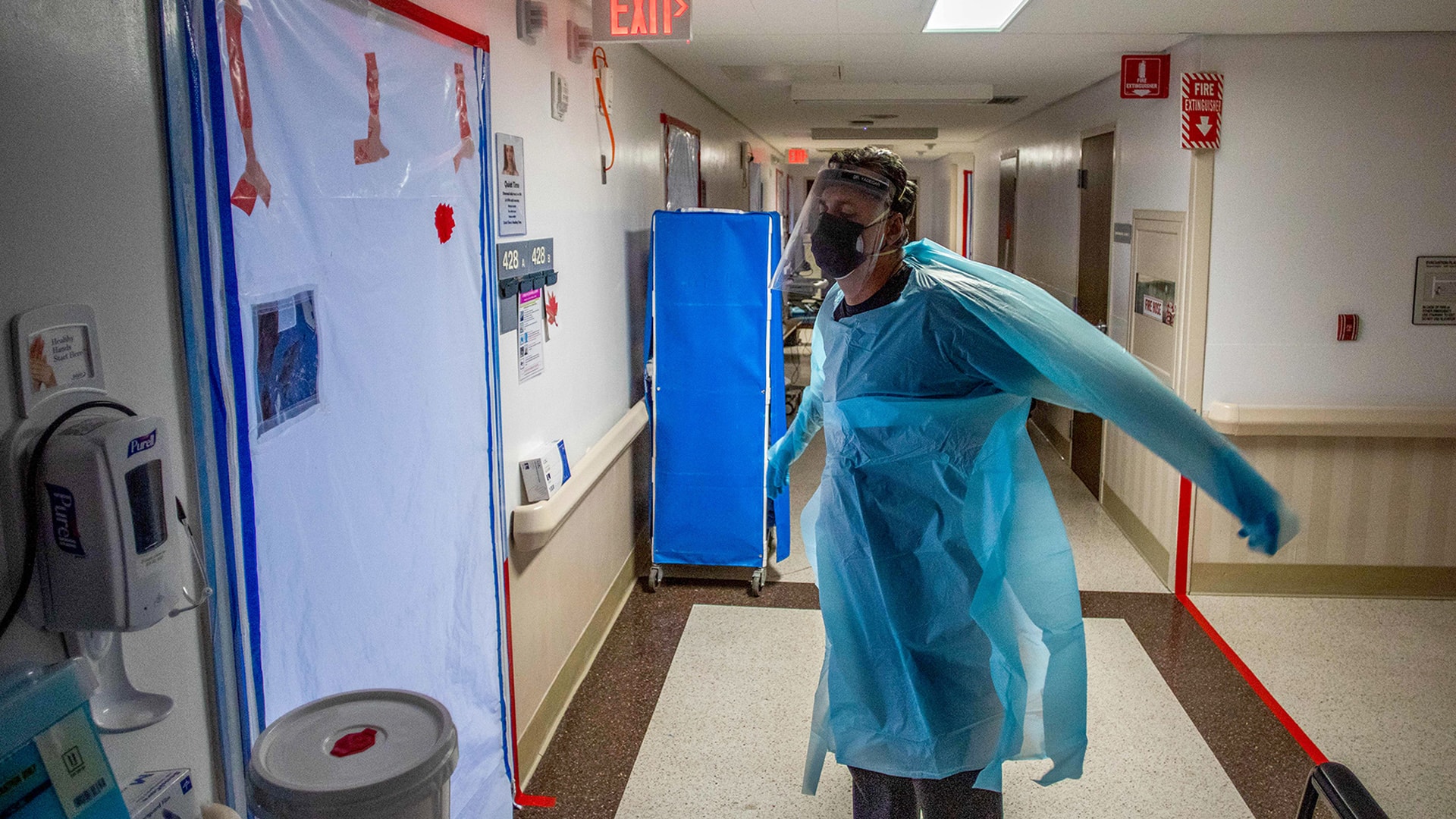 COVID-19 is hitting California so hard that hospitals and funeral homes are overwhelmed. Health officials in Los Angeles County say someone is dying there every 15 minutes and paramedics are being told not to bring people to hospitals if it doesn’t seem likely they’ll survive. 1:50

Hospitals in California are so swamped by the coronavirus pandemic that the state has ordered those with room to accept patients from others that are out of intensive care beds.

The public health order issued Tuesday night could result in patients being shipped to Northern California from Southern California and the agricultural San Joaquin Valley, where 14 counties were immediately ordered to delay non-essential “and non-life-threatening” surgeries in order to provide beds. The order, which will last at least three weeks, will also apply to any county where ICU capacity to treat COVID-19 patients is bottoming out.

“If we continue to see an alarming increase of COVID-19 patient admissions at hospitals statewide, some facilities may not be able to provide the critical and necessary care Californians need, whether those patients have COVID-19 or another medical condition,” said Dr. Tomas J. Aragon, the state’s public health officer.

The order could be a bellwether for California, where officials have warned some hospitals may have to start rationing care if an expected post-holiday surge in COVID-19 cases overwhelms the health-care system.

For much of the year, the nation’s most populous state did the right things to avoid a catastrophe. But now the virus is raging and California remains at or near the top of the list of states with the most newly confirmed cases per capita. Even with vaccines now being administered, albeit slowly, it is expected to take many more weeks to quell the contagion.

Martin Luther King Jr. Community Hospital in Los Angeles, where patients are being housed in its former gift shop, a chapel, tents and hallways, had more COVID-19 patients on Tuesday than its total capacity. The hospital, which serves a largely Black and Latino population in the south part of the city, has a capacity of 131 patients but was treating 215 patients, 135 of them with COVID-19, said Jeff Stout, the interim chief nursing and operating officer.

The hospital was emblematic of the worsening situation in Los Angeles County, the nation’s most populous with about 10 million residents. A COVID-19 surge has created a shortage of oxygen and led to a directive to ambulance crews in the county to stop transporting patients they can’t revive in the field.

“To be clear, we’re not asking first responders to decide who lives and who dies,” Eckstein said. “These are people who are clinically dead.”

Los Angeles continues to see hospitalizations rise day after day, setting a new record Tuesday with almost 8,000 hospitalized and more than a fifth of those in ICU. The county, which accounts for a quarter of California’s 40 million residents, has more than 40 per cent of the state’s 27,000 coronavirus deaths.

Some hospitals have had to close their doors at times because they’ve become so overwhelmed, leaving ambulances waiting up to eight hours and diverting others to different emergency rooms.

Stout said Martin Luther King hospital was finalizing its crisis standards of care, which are guidelines for rationing treatment when staff, medicine and equipment are in short supply.

“We’re not there yet,” Stout said. “Every day, every hour we’re trying to avoid going into crisis care. The ultimate goal with crisis care is never to get there.”

The state on Tuesday formally requested that 500 federal medical personnel be deployed in California to help staff hospitals and skilled nursing homes after learning that the USNS Mercy Hospital ship, which docked off Los Angeles earlier in the year for overflow patients, was in dry dock and would not be returning.

-From The Associated Press, last updated at 7 a.m. ET

As of early Wednesday morning, there were more than 86.5 million cases of COVID-19 worldwide, with more than 48.5 million of those cases considered recovered or resolved, according to a tracking tool maintained by Johns Hopkins University. The global death toll stood at more than 1.8 million.

In Africa, Nigeria hopes to get 42 million COVID-19 vaccines to cover one-fifth of its population through the global COVAX scheme.

In Europe, the European Union’s medicines agency has given approval to Moderna’s COVID-19 vaccine.

The decision Wednesday gives the 27-nation bloc a second vaccine to use against the coronavirus rampaging across the continent. The approval recommendation by the European Medicines Agency’s human medicines committee, which must be OK’d by the EU’s executive commission, comes amid high rates of infection in many EU countries.

Portugal’s President Marcelo Rebelo de Sousa said on Wednesday he would self-isolate after being in contact with someone who tested positive for the novel coronavirus.

The 72-year-old is campaigning to win a second term as the country’s president in an election on Jan. 24. He has several presidential debates scheduled before then.

Germany can hold out through a shutdown for a long time, German Finance Minister Olaf Scholz said, noting that he expected lower levels of government debt than after the financial crisis of 2008.

Coronavirus infections in the Czech Republic are continuing to surge, hitting a new all-time high. The Health Ministry says the day-to-day increase reached 17,278 cases on Tuesday. The previous record of 17,045 was set on Dec 30. New infections started to surge again this week after slowing down during the New Year holidays.

In the Asia-Pacific region, authorities in Thailand say they plan to expand coronavirus testing to thousands of factories in a province near Bangkok as they reported 365 new cases around the country and one new death.

South Korea rolled out mass testing for 52 prisons in the country after a massive prison outbreak and may extend flight suspensions from Britain, the health minister said.

Chinese authorities imposed travel restrictions and banned gatherings in the capital city of Hebei province, which surrounds Beijing, to stave off another coronavirus wave.

The Philippines is negotiating with seven vaccine manufacturers to procure at least 148 million COVID-19 shots as it seeks to inoculate close to two-thirds of its population this year, a senior official said on Wednesday.

Carlito Galvez, a former general in charge of the country’s strategy to fight the coronavirus, said the government hopes to close deals with Novavax, Moderna, AstraZeneca , Pfizer, Johnson & Johnson, Sinovac Biotech and the Gamaleya Institute this month, although availability could be a challenge amid stiff competition.

In the Americas, Brazil’s syringe manufacturers said they will supply 30 million syringes and needles for the country’s vaccination program after the government said it would requisition surplus supplies.

Brazil has seen more than 7.8 million cases of COVID-19 since the pandemic began, according to Johns Hopkins, with more than 197,000 deaths.

In the Middle East, Iran and Oman have now registered their first two cases of a highly contagious coronavirus variant that emerged in Britain.

-From The Associated Press and Reuters, last updated at 8:45 a.m. ET 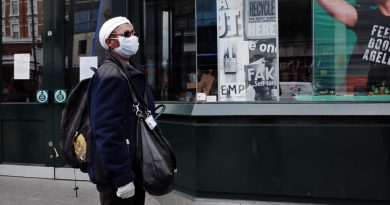