Ontario and Quebec both reported record increases of COVID-19 cases on Saturday, as the total number of infections across Canada since the pandemic begin in January surpassed 406,000.

As case numbers continued to increase in multiple jurisdictions on Friday, a panel of health experts released updated guidelines on who should be vaccinated first against the illness.

The National Advisory Committee on Immunization said provinces and territories should prioritize long-term care home residents and staff, Canadians over 80, and health-care workers and adults in Indigenous communities where infections can have disproportionately more serious consequences.

The independent committee was assigned the job of deciding who should be inoculated first, although it will be up to the individual provinces and territories to decide, once the initial batch of roughly six million doses of vaccine is made available in the first three months of 2021.

The first batch will be enough for roughly three million Canadians. Pfizer’s vaccine, which is expected to be the first product approved for use in Canada, requires two doses. 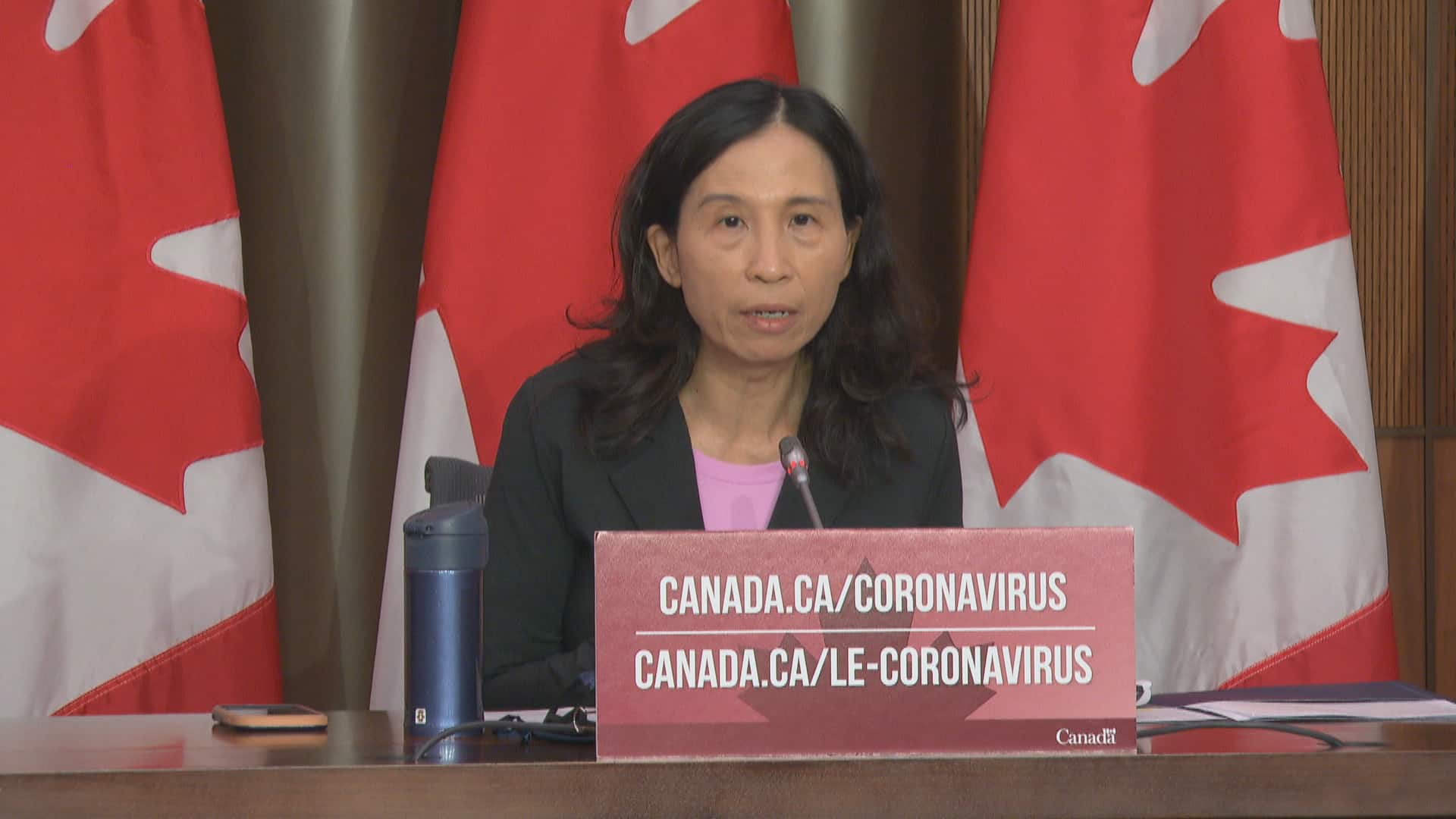 “All adults of advanced age should be prioritized for initial doses of authorized COVID-19 vaccines, beginning with adults 80 years of age and older, then decreasing the age limit in five-year increments to age 70 years as supply becomes available,” the final directive reads.

Canada’s long-term care homes have been hit hard by the novel coronavirus, with thousands of deaths reported since the onset of this pandemic.

Procurement Minister Anita Anand on Friday said Canada has increased its order with Moderna and now expects at least 40 million doses from the U.S. company in 2021 — twice as much as was previously guaranteed.

Anand said Canada is exercising its option to obtain more of Moderna’s two-dose candidate, which should be enough to vaccinate almost 20 million people.

News of a new milestone in cases and the vaccine rollout update came as Prime Minister Justin Trudeau noted case counts were “too high,” especially in Alberta “where the numbers are rising alarmingly.”

Alberta reported more new cases of COVID-19 than Ontario on Friday at 1,828. To date 590 people have died of COVID-19 in Alberta. As of Friday, there were a record 533 people in hospital, including 99 in intensive care as the province announced a positivity rate of over 10 per cent. Ontario’s daily count on Friday was 1,780.

The Ontario government has tightened restrictions in three public health regions. As of Monday, Middlesex-London and Thunder Bay will be in the orange “restrict” tier, while the Haliburton, Kawartha and Pine Ridge District Health Unit will move into the yellow “protect” category.

Saying there is not enough time before Christmas to reduce the number of COVID-19 cases in Quebec, Premier François Legault backtracked on a previous commitment. He now says gatherings in the province’s red zones will not be allowed over the holiday season. 2:10

Quebec had planned to allow family gatherings of up to 10 people on specific days over the holiday period, but those plans were cancelled  for people living in red alert zones this week due to an increase in COVID-19 cases, hospitalizations and deaths.

In Atlantic Canada, New Brunswick reported two new cases of COVID-19 on Saturday. Health officials said there are 98 active cases in the province.

Prince Edward Island announced one new case of COVID-19 on Thursday, as Premier Dennis King said P.E.I. will not rejoin the Atlantic bubble until at least Dec. 21.

Newfoundland and Labrador reported three new cases of COVID-19 on Friday, bringing its active caseload to 27.

Manitoba reported nine new deaths linked to COVID-19 on Friday. There are 320 new COVID-19 cases in the province, while two cases were removed from Manitoba’s total due to a data correction. Some 361 people are in hospital, including 55 people in intensive care. Provincial officials say the numbers would be much higher were it not for broad restrictions that were put into place on Nov. 12.

Saskatchewan on Friday reported 283 new cases of COVID-19 and one new death related to the illness. There are 4,116 known active cases in the province, of which 126 are currently in hospital. 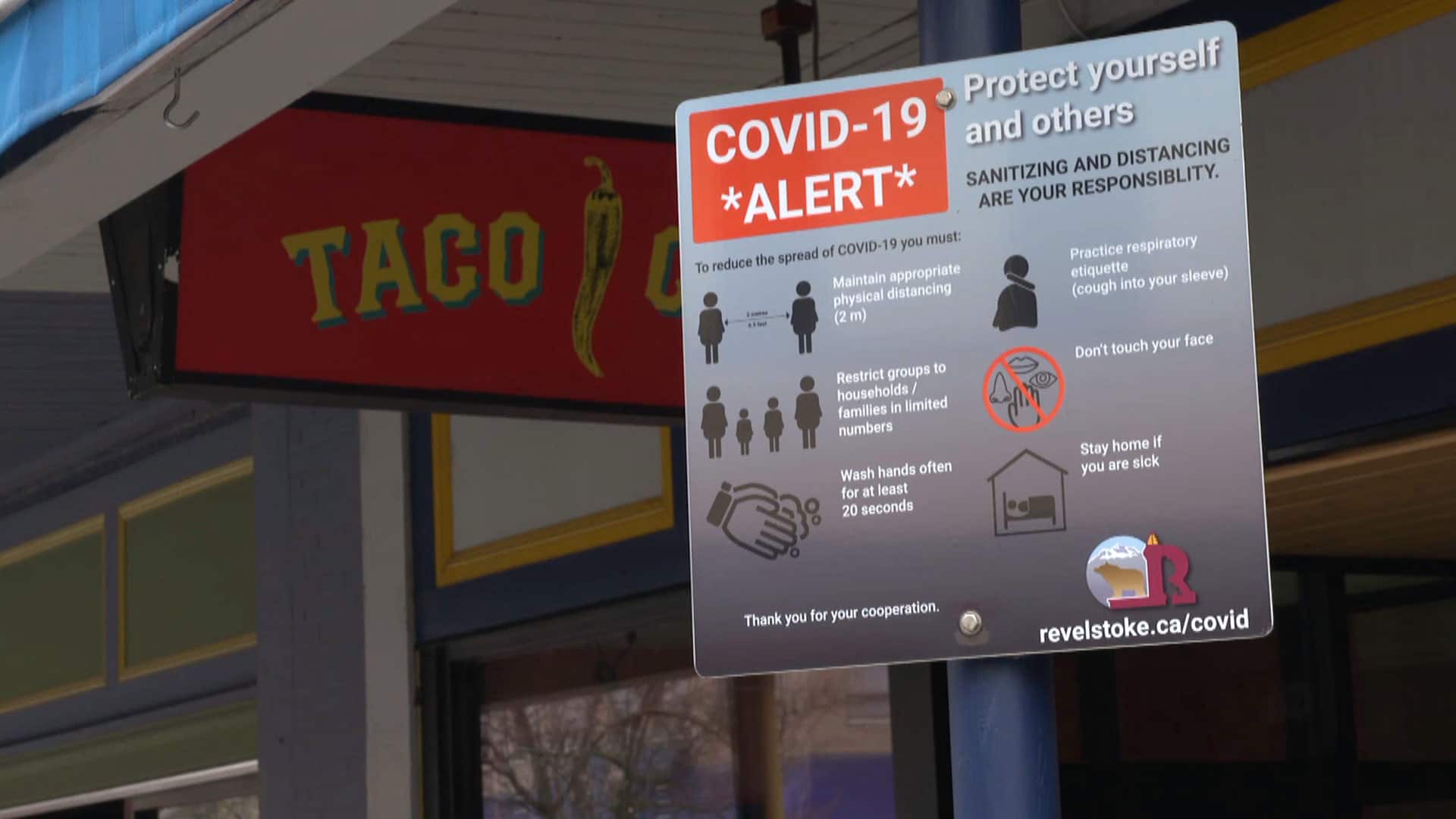 There has been a spike in COVID-19 cases in smaller communities in B.C., where resources to fight the pandemic are scarce. 1:59

In the North, Nunavut reported eight new cases on Friday, all in the hamlet of Arviat, which remains under restrictions.

Chief Public Health Officer Dr. Michael Patterson said the number of active cases of COVID-19 in the territory continues to fall, but it will be some time before community outbreaks are officially over. Nunavut lifted a two-week territory-wide lockdown on Wednesday.

Yukon confirmed one new case of COVID-19 on Thursday, while the Northwest Territories did not report any new cases.

As of Saturday morning, there were more than 66.1 million reported cases of COVID-19 worldwide, with more than 42.5 million of those listed as recovered or resolved, according to a tracking tool maintained by U.S.-based Johns Hopkins University. The global death toll stood at more than 1.5 million.

In South Asia, the health minister of India’s Haryana state on Saturday said he has tested positive for COVID-19, two weeks after receiving the first dose of a homegrown COVID-19 vaccine during its Phase 3 trial.

I have been tested Corona positive. I am admitted in Civil Hospital Ambala Cantt. All those who have come in close contact to me are advised to get themselves tested for corona.

Anil Vij, 67, had offered to be the first volunteer for Bharat Biotech’s COVID-19 vaccine, Covaxin, last month. The trials he participated in were double blinded and randomized, meaning half the participants were given the vaccine while the other half were on a placebo.

Moscow has launched a limited rollout of Russia’s Sputnik V COVID-19 vaccine. People from high-risk groups, such as health-care workers, were allowed to pre-register to get the shot at clinics starting Saturday. Sputnik V is one of two Russian-made vaccines that have been granted regulatory approval, despite clinical trials still ongoing.

In the Americas, U.S. states faced a deadline on Friday to place orders for the coronavirus vaccine as many reported record infections.

The number of Americans hospitalized with COVID-19 hit an all-time high in the U.S. on Thursday at 100,667, according to the COVID Tracking Project, a volunteer organization that collects coronavirus testing data in the United States. That figure has more than doubled over the past month, while new daily cases are averaging 210,000 and deaths are averaging 1,800 per day, according to data compiled by Johns Hopkins University.

In the Middle East, Iran’s total deaths from the coronavirus surpassed 50,000 on Saturday, with more than one million people infected, although transmission rates in the Middle East’s worst-affected country were slowing, state TV reported.

Tehran’s Grand Bazaar, shopping malls and several other businesses reopened after a two-week shutdown, following a 10 per cent drop in infections over the past days.

President Hassan Rouhani warned against complacency, saying the country is headed toward 500 deaths from COVID-19 each day.

Turkey entered its first full weekend lockdown since May after coronavirus infections and deaths hit record highs in recent days.

The country recorded 32,736 new cases on Friday, the highest number since the beginning of the pandemic in March. 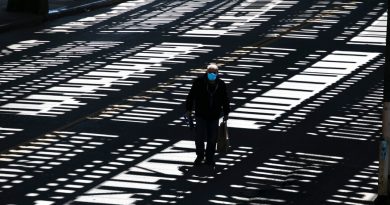