“Ordering universal mask use in all situations creates unnecessary challenges with enforcement and stigmatization.”

Those were the words of  Provincial Health Officer Dr. Bonnie Henry. And not in April or September but two days ago in a letter published in many media outlets.

But that was Tuesday, and this is Thursday.

And after months of debate and surging cases, Henry finally broke the fire extinguisher glass to combat B.C.’s COVID emergency.

Masks are now mandatory in virtually all public spaces, and a host of other rules and guidelines are also in place.

“Right now, we all need to focus our efforts on slowing the spread,” said Henry, at the start of a news conference where she gave advice on a few of dozen hypothetical scenarios people will be wondering about at this stage of the pandemic.

The goal is to avoid the number of deaths and hospitalizations that other jurisdictions with strong first responses have now fallen prey to.

In many ways, B.C.’s approach to the pandemic is still the same as before: guidelines are better than rules, schools and businesses should remain open, being calm and safe is more important than being big and tough.

Still, it’s clear people’s patience is wearing thin — and while some of that isn’t the provincial government’s fault, some of it is.

“We need only look at the COVID-19 transmission rates in other jurisdictions that have tried using such orders to see what little benefit these orders by themselves have served,” wrote Henry in that same letter.

It’s true masks aren’t a silver bullet. It’s also true B.C. did contain the spread of the virus without them in March and April.

And if you squint, you can see the effects of early November’s original lockdown orders starting to have an effect: daily cases actually went down slightly, along with the number of people under active monitoring.

But with contact tracing stretched and hospitals starting to feel real strains, it was becoming harder for the government to defend its overall approach.

A change was needed, and a mandatory mask order provides a clear message to the public without affecting two of the government’s other key tenets: keeping schools and businesses open.

“We anticipated that this [might] occur,” said Henry at the start of Thursday’s news conference, referencing the rising case counts.

If that was the case, it’s fair to ask what more the province could have done in September and October to try to prevent it.

And it’s important to note that Thursday’s decisions won’t change the minds of people who believe more rules and more mandates are needed: questions to Henry included why travel recommendations aren’t orders, why there are no masks in schools and whether people will be given a special badge if they can’t wear a mask.

“We trust people to take the right actions,” said Henry at one point, underlining the philosophy that has guided B.C. through this pandemic.

That philosophy includes the belief it would be impossible for British Columbia to get transmission of the virus down to zero, and that containing it until a vaccine is found is the best approach.

Virtually every country hit hard in the first wave of the virus has the same philosophy. Few are succeeding at the moment.

“Despite where we may be today, I remain confident,” said Henry.

One hopes her confidence in the collective actions of British Columbians is well placed. Otherwise, the history of the province’s response to this pandemic could get rewritten — and quickly. 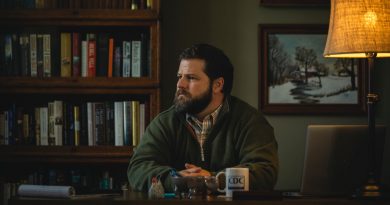 ‘Like a Hand Grasping’: Trump Appointees Describe the Crushing of the C.D.C.

Holy Grail treatment for COVID-19 remains out of reach. But options exist 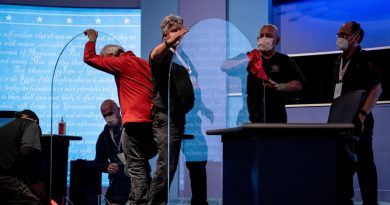