Another resident has died of COVID-19 at the South Terrace Continuing Care Centre in Edmonton, bringing the total number of deaths at the facility to 11, in just three weeks.

Alberta Health Services confirmed 83 residents have tested positive at the long-term care centre that is owned and operated by Revera Inc.

Revera did not respond to requests for comment on Thursday, but told CBC News this week there were 90 residents at South Terrace.

That means only seven residents have so far managed to avoid contracting the virus.

Slade said the chapter chair who works at South Terrace has told her that additional staff have been brought in through agencies or Alberta Health Services.

“They are doing the very best job that they can to make sure that the residents are being looked after and that they’re well-cared for,” Slade said.

The executive director at South Terrace invited family members to a telephone town hall on Thursday evening to provide an update and to answer any emailed questions they may have.

Steiner said her brother submitted a question about staffing levels, but it wasn’t read nor answered during the one-hour call.

With so many staff members sick, Steiner wants to know what level of care residents are getting.

“I just want to know what the staffing levels are,” she said. “And they aren’t answering that question.”

“We feel for the residents and families at South Terrace, as well as for the staff who are doing everything they can in an extraordinarily difficult situation,” Buick said in an emailed statement.

He added the biggest challenge is a short supply of skilled people that the ministry is “working hard” to increase.

Despite the outbreak at South Terrace, an exemption has been granted to the facility that allows staff members to come in to work even if they’re also putting in hours at another long-term care centre.

The single-site rule was introduced by Chief Medical Officer of Health Dr. Deena Hinshaw in April. It states the purpose is to “break the chain of transmission and prevent the spread of COVID-19 and remove the source of infection.”

The health order also notes that exemptions are “expected to be extremely rare” and that only the CMOH may grant an exemption, stipulating that in the case of a confirmed outbreak, “all sites must restrict staff to working only at the outbreak site.”

Buick said exemptions like the one granted by Hinshaw for South Terrace have also been issued for nine other facilities in Alberta between Oct. 29 and Nov. 4. Half the facilities are in Edmonton.

Exemptions have been granted for the following facilities:

“All exemption sites are closely monitored by Alberta Health and AHS,” Buick said. “Regular reporting into Alberta Health is expected to reflect the progress being made towards moving back to staff working at a single site.”

Buick said five other facilities without outbreaks have been granted exemptions to allow the employer time to fill critical vacancies in the rural communities of La Crete, Vegreville and Edson/Mayerthorpe.

The exemptions put patients and staff at risk, Slade said.

“I don’t think it’s fair to anybody,” she said. “There is a very huge potential that somebody is working at a non-COVID outbreak site that will be working also at one that does have an outbreak.”

At a media briefing Thursday, Premier Jason Kenney said there are currently 50 outbreaks in continuing-care facilities and that three have recorded more than 100 positive tests.

As COVID-19 cases mount in Quebec’s regions, some hospitals may be nearing a tipping point 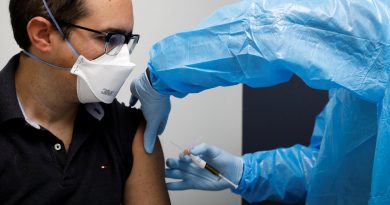 Is ‘Natural Immunity’ From Covid Better Than a Vaccine?