Take note today of the first reference you see or hear to the 40th anniversary of John Lennon’s death. Missing it might be impossible.

On social media, on TV, on radio, it’s there, all around us, and for one reason — John Lennon was a member of the Beatles. Yes, he had a successful solo career and was a high-profile peace activist, but at the end of the day, he was a Beatle.

And the Beatles, despite breaking up 50 years ago — after barely a decade of making music — remain to this day, remarkably, a constant and all-encompassing cultural presence.

In April, the cast of the CBC comedy Schitt’s Creek appeared on the cover of Variety magazine. The striking black and white photograph — featuring the actors Catherine O’Hara, Annie Murphy, Eugene and Daniel Levy — pays homage to the 1964 album Meet the Beatles!, complete with the headline “The Fab Four.”

The article is a celebration of the show’s final season, and the editors at Variety, looking to highlight Schitt Creek‘s burgeoning popularity, appear to have landed on the best possible definition of pop culture success — the Beatles.

Showing up in movies, ads

The Variety cover is playful, intelligent and immediately understood. In the decades following the Beatles’ 1970 breakup, references like this have become irresistible fodder in the worlds of advertising, television and film. From the big screen, the references are easy to find on YouTube, with at least one channel (calling itself Sgt. Pepper’s) editing dozens of them together for seamless viewing.

WATCH | Archival footage of the Beatles’ arrival in North America in 1964:

People can’t stop talking — and screaming — about the Fab Four. 3:03

One of the first signs the band had broken through to the broader culture dates back to 1964, the year they stormed North America. It’s a disparaging remark James Bond (played by Sean Connery) makes in the movie Goldfinger: Agent 007 suggests that drinking improperly chilled champagne is “as bad as listening to the Beatles without earmuffs.” (At that point in time, the Beatles’ magic obviously worked best on a younger demographic.)

A more recent reference is typical of how the Beatles make it into a film script nowadays. In the 2018 blockbuster Avengers: Infinity War, Iron Man (Robert Downey Jr.) says, “The Avengers broke up. We’re toast.” The Hulk (Mark Ruffalo) replies, “Broke up? Like a band? Like the Beatles?”

That’s usually how it’s done — a fast one-liner. The Beatles are presented humorously and without explanation. We in the audience are expected to know who they are and what they represent, and we do. (Incidentally, the movie also features a character Marvel Comics introduced in the 1970s named Rocket Raccoon, a humorous nod to the Beatles’ song Rocky Raccoon.)

In fact, the Beatles’ image is open for exploitation from every corner of the culture, no matter how ridiculous. Take, for example, the various knock-off versions of the cover art for the Beatles’ album Abbey Road, which features John, Paul, George and Ringo striding one after the other. The most surreal of these re-creations involves Margaret Thatcher. There she is in 1990, at the time the prime minister of Britain, shamelessly courting the Beatle vote on the Abbey Road crosswalk. (Thatcher — always the contrarian — is walking the wrong way.)

Stacy Lee Kong, a 35-year-old Toronto-based pop culture critic, marvels at the enduring value of the Beatles’ image. She said it wouldn’t have survived this long if it didn’t have such a formidable foundation. That foundation, of course, is the music. “The crucial element is the songs. Every generation seems to find something in the music that makes them feel something. The songs are deeply human.”

There are countless accolades on this front, with glowing commentary over the years touching on everything from the Beatles’ infectious melodies and brilliant chord progressions to the universality of their lyrics.

WATCH | The Beatles reflect on their own popularity in 1966: 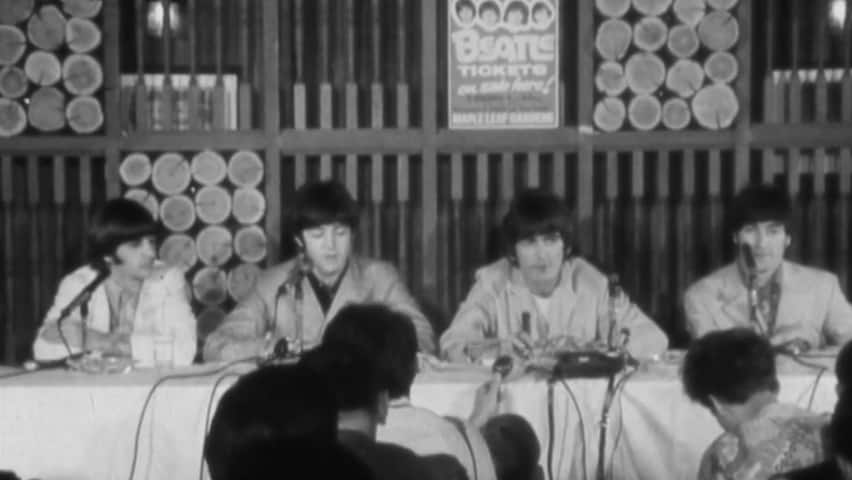 Leonard Bernstein, the celebrated composer and conductor, may have said it best in discussing his admiration for the song A Day in the Life: “Just three bars sustain me, rejuvenate me, inflame my senses and my sensibilities.”

Kong also points out that the issue of relevance rarely comes up with the Fab Four, “like it does for Madonna, for example.” (Perhaps a better comparison here is the Rolling Stones.) That’s because the Beatles, as a band, died young — like James Dean or Marilyn Monroe, in a way — which means their work has a clear beginning and end. Considering the Beatles went out at the top of their game, it gives them a legacy that doesn’t include any late-career signs of diminishing talent. The Beatles started strong and finished even stronger.

Kong said another thing that sustains the Beatles’ appeal is that nowadays, “there’s an incentive to understand cultural shorthand.” The Beatles “remain an ongoing touchstone because people intuitively see the importance of being part of something larger than their own individual frame of reference.”

Forbes magazine estimated that in 2019, the Beatles’ songs were streamed more than 1.5 billion times on Spotify. According to Forbes, almost half the people responsible for that streaming were under the age of 30.

It means, at least for now, that there’s no danger of the world existing without the Beatles — an idea explored in the 2019 movie Yesterday.

The premise was a simple one — no Strawberry Fields, no Hey Jude, no Sgt. Pepper. As John Lennon said once, imagine.

Wilma Pelly, actor most beloved for playing Elsie Tsa Che on North of 60, dies at 83