The meaning behind Netflix’s The Platform is hard to miss: “an accidentally timely political allegory,” the New York Times called it, “a brutal capitalist horror film,” said Forbes. It arrived for streaming in 2020 alongside a flood of similar horror movies with a message: The Invisible Man reimagined the H.G. Wells novel as a meditation on sexual violence, while Antebellum took on the existent effects of chattel slavery.

Elsewhere, there was The Hunt‘s class-based riff on The Most Dangerous Game, and Blood Quantum’s sociopolitical commentary on colonization and the experience of Indigenous people. There was Vampires vs. the Bronx, Relic and Bad Hair, Host, La Llorona and — arguably — even the late-release Promising Young Woman.

Horror landed in 2020 both instructing and judging, as well as thriving. Horror filmmaker and magazine publisher Chris Alexander says that’s no accident  — it’s a boom time for the genre, which entered its renaissance only a few years ago and is likely to only be helped by a global pandemic.

“We’re at probably one of the most interesting points in history for media, for all entertainment, and absolutely for the darker entertainments: horror, science fiction [and] dark fantasy,” Alexander said.

The history of horror is inexorably connected with world events, he explained. From the Great Depression’s inspiration of the original golden age of horror in the 1930s, to the Vietnam War’s influence on 1970s slasher films and the subsequent creation of another horror renaissance, the genre often sees success in times of uncertainty.

That’s been true of the last few years. Political struggles in the United States, environmental catastrophe and the highlighting of endemic issues by the Black Lives Matter and #MeToo movements has set the stage for the current slate of horror films: they’re better able than other genres to depict the horrors we’re going through, Alexander said.

“Horror and dark fantasy … it’s the best possible way to sugarcoat the razor blade,” he said. “You can feed people the nastiest, darkest message — the most in-your-face, confrontational stuff — but as long as you gloss it over with something that’s accessible, people will absorb it.”

But horror making a point is nothing new. Colin Geddes, a film curator for horror streaming service Shudder and past programmer of the Toronto International Film Festival’s Midnight Madness section, pointed to George Romero’s 1968 film Night of the Living Dead. The movie used Haitian folklore to establish the modern idea of zombies and cast Black actor Duane Jones as the lead — uncommon for the time.

Even though Romero denied his film was about race, it was seen as a political choice — Jordan Peele cited the film as a direct influence for his 2017 film Get Out. The difference now, Geddes said, is representation. As the people behind the camera grow more diverse, the fears explored on-screen do as well.

“We’re now seeing a shift in the narratives and the perspectives,” he said. “We’re seeing more people of colour and stories that are not the boring suburban white story.”

Those creators, Geddes said, are getting more of a chance from small distributors and streaming services, who are more willing to take a risk on the traditionally low-budget, high-return genre.

COVID-19 theatre closures also helped put focus on films that otherwise would have been ignored. And looking ahead, the genre could continue to prove appetizing for production companies.

“Some horror films can be a little bit more pandemic proof … because they don’t require big crews and big sets, and so they can be done much smaller,” Geddes said.

But there’s another reason for message-driven horror’s success, says author and professor Tananarive Due.

Due has been creating horror with Black characters since 1995, and until very recently, she said, it was virtually impossible to pitch movies with Black people telling their own stories on screen.

“Back in 2007, I actually had an executive say to our faces, ‘OK, that’s a great pitch, but do the characters have to be Black?'” Due said, “There was this idea that studios had that you could only have a certain number of so-called Black films on your slate.”

Added to that was the fact that horror as a genre was seen as non-serious, less important than other genres. The only big-budget example of a horror film that also had Black leads was Oprah Winfrey’s 1998 box-office bomb Beloved, which Due said scared studios away from similar projects.

But then Get Out changed everything. 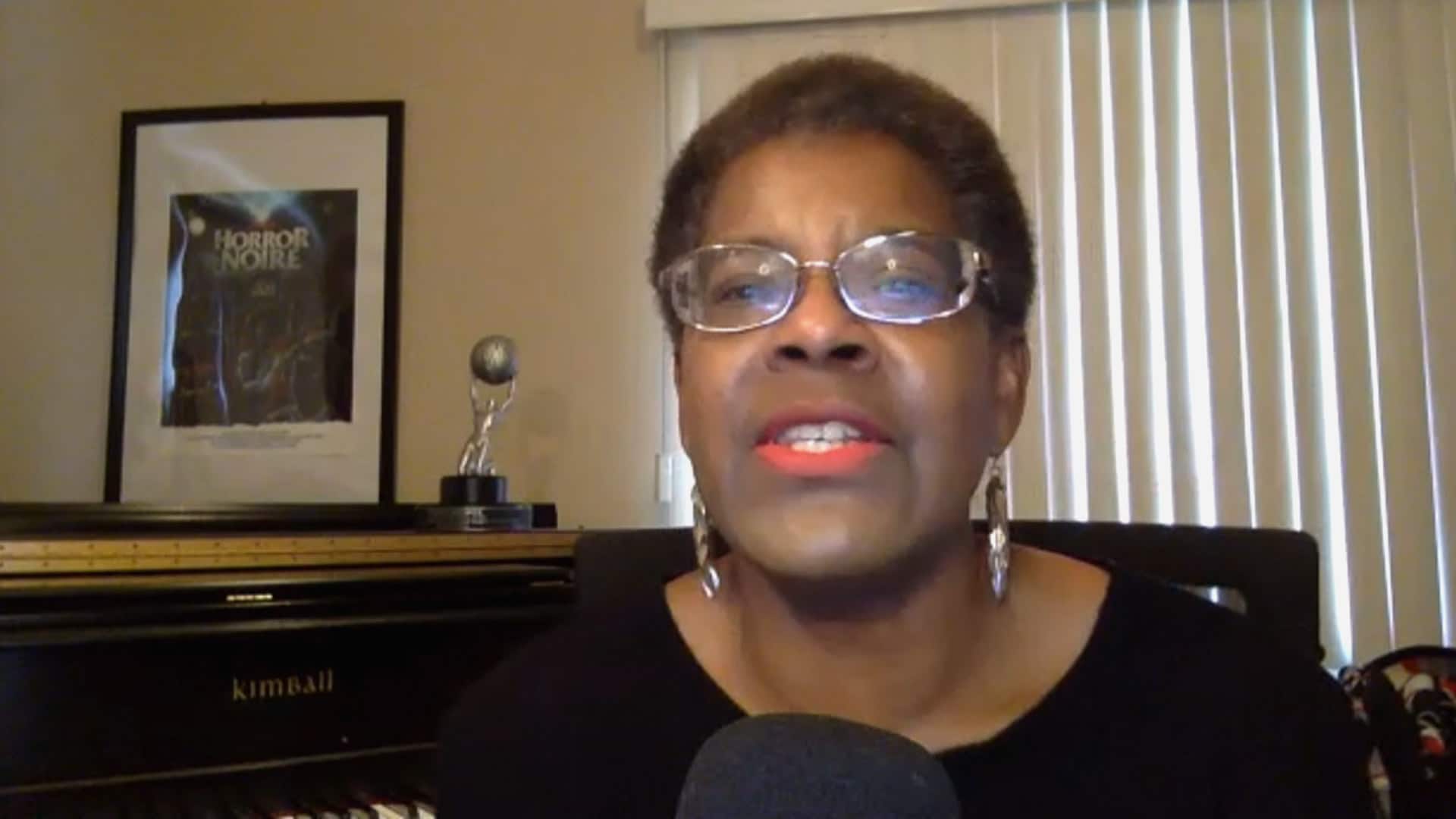 Author and Black horror professor Tananarive Due explains how the genre is more popular now than ever before, and what that means for marginalized creators. 1:57

“I noticed pitching at a TV network where one of the executives was like, ‘Oh, well, you could start it out slow, like in Get Out,'” Due said. “And then it’s like, ‘Oh, my God, they get it now. They get that horror is something that does not just belong to white stories.'”

Due, who was tapped by Peele to write an introductory essay to the film’s annotated screenplay, said 2020 is Black horror’s success coming home to roost. Now, releases such as His House and even TV’s Lovecraft Country represent the particular fears of Black people and other marginalized groups — and are seen as viable.

But alongside the sleeper hits that found new audiences were others that lost them. The new film written by Peele, Candyman, was pushed back to 2021, as was Spiral, Chris Rock and Samuel L. Jackson’s Saw spinoff. It was supposed to be “a real Black horror summer,” Due said, pushed back by COVID-19.

Depending on the course of the pandemic, that summer could now happen in 2021. These releases will come out while studios are already hungrier for Black horror films than they have ever been, Due said, which has helped to make it a better time than ever for marginalized creators.

Canadian Madeleine Sims-Fewer also pointed to Get Out as the genesis for 2020’s high-concept mainstream horror movies. She described Violation — the horror film she starred in, co-directed and co-wrote with Canadian filmmaker Dusty Mancinelli — as also subverting tropes to deliver a message, a style in horror that is now more palatable to mainstream audiences.

Instead of showing a scantily clad woman running through the forest, as often happens in rape-revenge movies, the lead character is shown fully dressed as her abuser is stripped naked.

The movie goes on to explore the traumatizing emotional experience of sexual assault instead of focusing solely on violence. It was recently acquired by Shudder, Mancinelli said, part of its slate of innovative horror movies that are “redefining the space of what is horror, showing audiences that it’s a very complex, malleable genre that can appeal to a wide variety of people.”

WATCH | Violation directors on why we watch horror during a pandemic: 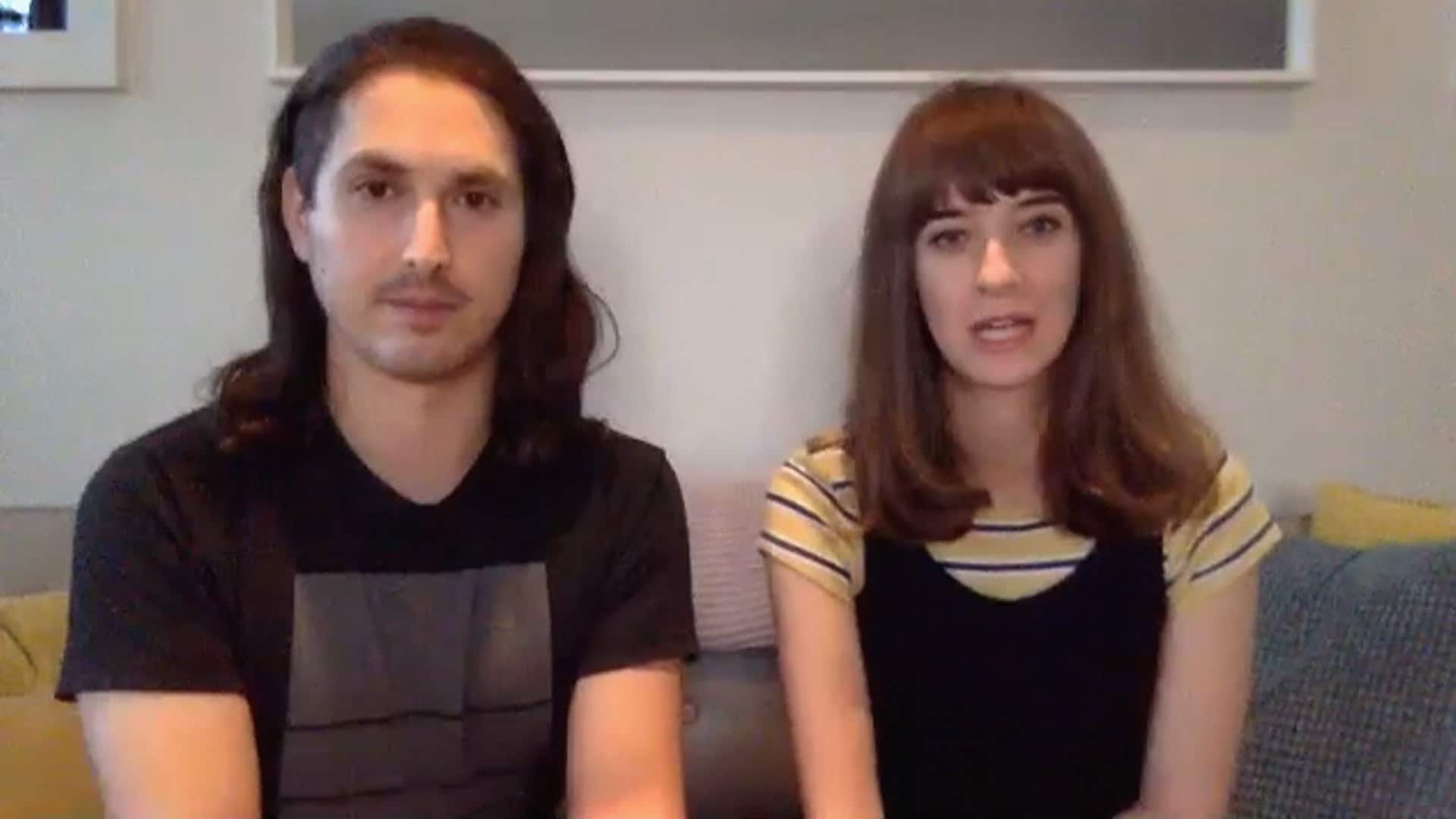 Canadian filmmakers Madeleine Sims-Fewer and Dusty Mancinelli discuss why audiences seek out horror movies, even while dealing with the anxieties of COVID-19. 0:57

But as to why audiences would — and are — choosing to watch horror movies during the horrors of a pandemic, both said the answer is simple.

“It resolves this unease that we’ve been feeling being locked up and the fear and worries that we have about what society is going to look like next year or the year after,” Mancinelli said. “[It] allows you to safely go on a journey that is terrifying and go through those emotions in a kind of healthy, cathartic way and then arrive at the other end, unscathed.”

Saskatoon arts organization says it was banned from Facebook after promo for exhibit about QAnon, conspiracies

Mixing reality and fantasy, virtual influencers thrive amid the pandemic