On Nov. 3, the Liberal government introduced Bill C-10, which proposes to amend the Broadcasting Act.

“I think it is a significant change for Indigenous creators in this country,” said Heritage Minister Steven Guilbeault.

One key change in the bill is in the Broadcasting Policy for Canada. The current act mentioned the inclusion of Indigenous programming, but Guilbeault said the way it was worded said broadcasters would fund Indigenous productions if there was money available.

Now broadcasters will have spending obligations to invest in Indigenous productions.

“We feel that the Broadcasting Act needs to reflect and embrace Indigenous cultures, Indigenous music and Indigenous productions in a way it has never before.”

Jason Brennan, president of Nish Media production house based in Gatineau, Que., is from Kitigan Zibi and has been in the broadcasting industry for 15 years.

He said Indigenous producers have been advocating to get broadcasters to respect the Broadcasting Act since he’s been in the business.

“The Broadcasting Act always basically stated that there was a need for different broadcasters to represent Canada’s population,” said Brennan.

“But when you look at some of the majors, some of them have never put on anything that was remotely close to an Indigenous production.”

“Will a broadcaster qualify an Indigenous production if your lead creatives are Indigenous people?” he asked.

“Is that a producer, director, writer? Does that qualify or can you just basically get a token in the end to put their name as a producer?”

Winnipeg-based Cree director, writer and producer J.J. Neepin said this bill would be a major recognition of Indigenous Peoples and languages but added that she feels it will be a slow process to get going.

She also questions the Indigenous languages part of the bill.

“It makes me wonder what the major Indigenous languages chosen will be,” she said.

“Will there only be one chosen to represent us all, or will each region get to pick one or several?”

Neepin said she thinks non-Indigenous people may struggle with this step toward a more diverse Canadian broadcasting landscape.

“I really hope those who will struggle with this implementation will see it as an opportunity to help create new stories and make Canadian/Indigenous content that will be better than what came before,” said Neepin.

“This is another great start in getting more Indigenous-led productions made but it still has to navigate an old movie-making system that hasn’t really changed.” 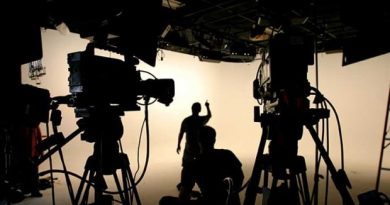