An Indigenous naming ceremony for a Winnipeg building designed to shed light on the history, languages and art of the Inuit people began, fittingly, with the lighting of a traditional Inuit soapstone seal-oil lamp, called a qulliq.

The Inuit Art Centre, which has been under construction for several years, will now be called Qaumajuq (pronounced HOW-ma-yourq), which means “it is bright, it is lit” in Inuktitut.

“It’s very honourable to have an institutional building that is named in Inuktitut, and it gives some kind of ownership,” said Theresie Tungilik, a language keeper with the WAG’s Indigenous Advisory Council, which chose the name.

“It’s quite honouring. I think it’s been a long time coming,” she said from her office in Rankin Inlet Wednesday.

The name celebrates the light that flows into the new building at Memorial Boulevard and St. Mary Avenue, but also the light that comes with exposing something that has been hidden away for many years.

“I choose the name because it means ‘it is bright, it is lit’ and that’s exactly how the building looks,” she said.

“And it will give other people light to what our culture is like, what our past was like, all the ways we survived. Our hardships and resilience will be spoken through those artworks.”

The new 40,000-square-foot space will connect to the WAG on all four levels. In addition to highlighting the gallery’s Inuit art collection, it will provide Inuit-led programming and offer exhibition, learning and event spaces.

The “visible vault,” a 500-shelf glass display that will hold approximately 5,000 Inuit carvings, will welcome guests as they enter the centre.

“At the WAG, through exhibitions, through programs and events, we strive to shed light on this history and bring Inuit voices to the forefront through art and storytelling,” said Stephen Borys, the gallery’s director and CEO.

When the new space opens in February 2021, admission to Qaumajuq will be free for all Indigenous visitors, Borys said.

“This is a site for reconciliation, learning, sharing and understanding what guides us here, bringing together communities through the universal language of art.”

The Winnipeg Art Gallery itself now also bears an Indigenous name, which was also bestowed in Wednesday’s ceremony. Biindigin Biwaasaeyaah (pronounced BEEN- deh-gen bi-WAH-say-yah) means “come on in, the dawn of light is here,” in Anishinaabemowin (Ojibway).

“Indigenous language will have a real, a powerful and permanent presence throughout the WAG campus now and in the future,” said Borys.

It’s the art gallery’s way of responding to the Truth and Reconciliation Commission of Canada’s Calls to Action as well as the United Nations Declaration on the Rights of Indigenous Peoples.

The recommendations in the 2015 TRC report stated that Indigenous languages are a fundamental and valued element of Canadian culture and society, and there is an urgency to preserve them.

It also suggested that preservation of those languages would be best managed by Indigenous people.

The gallery will continue to be known as the Winnipeg Art Gallery, he said, but the move is meant to signify a change in how the gallery operates.

“We see these names as steps along our path to integrating and honouring Indigenous knowledge. The names also reflect the fundamental and critical journey the gallery has been on,” Borys said.

The names were chosen by a circle of language keepers in the WAG’s Indigenous advisory council, represent all four regions of Inuit Nunangat — or the Inuit regions of Canada — including the Inuvialuit Settlement Region, Nunavut, Nunavik, and Nunatsiavut.

Because the gallery sits on Treaty 1 territory, the WAG felt it was also important to bring Anishinaabemowin and Nêhiyawêwin speakers, as well as Dakota and Michif (Métis) speakers to the table.

“As many Indigenous people know, naming and names is a very important aspect of our culture,” said Julia Lafreniere, the WAG’s manager of Indigenous initiatives.

“A name is something you will carry with you your whole life and often precedes you and explains who you are to the world. It carries honour and teachings.” 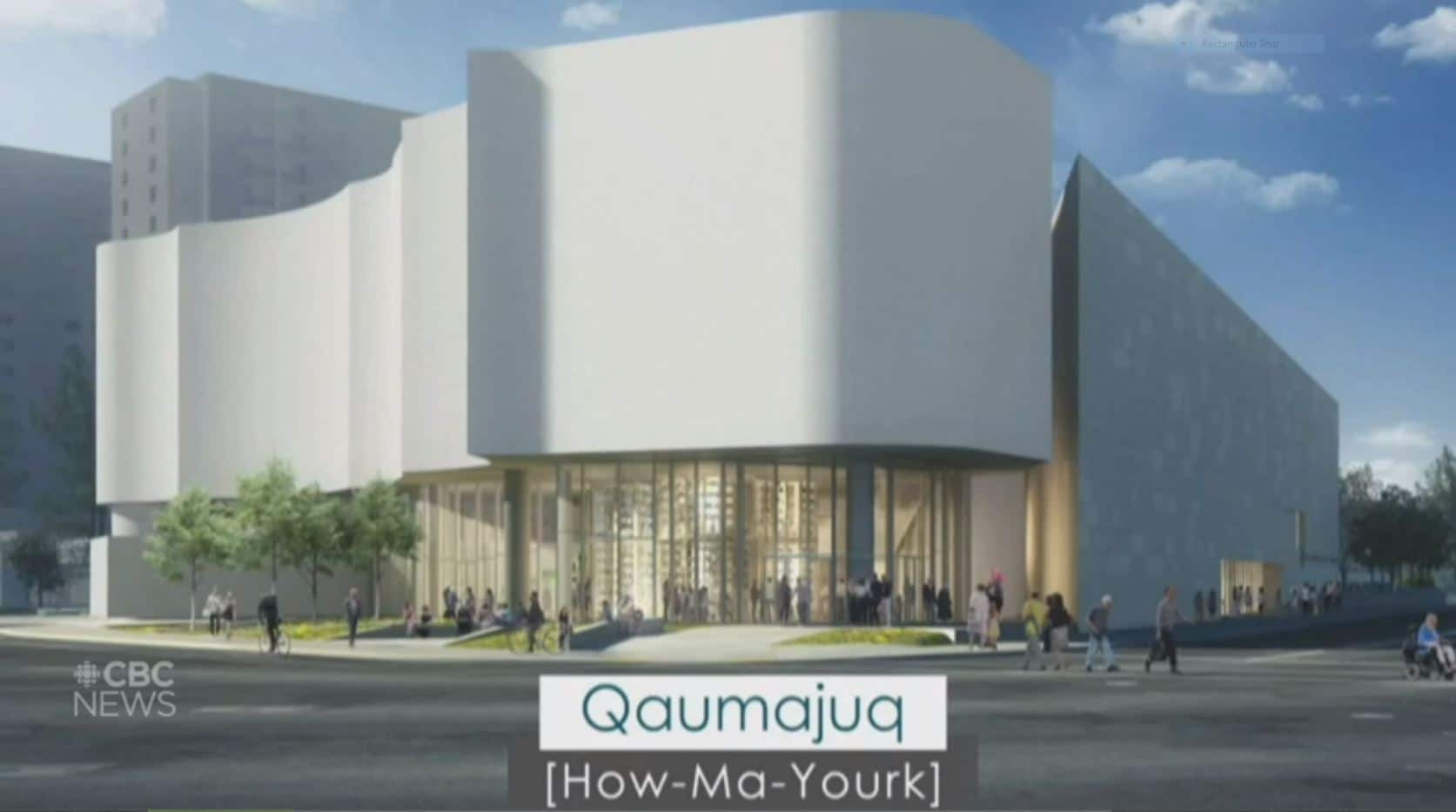 The Inuit Art Centre, which will open next year at the Winnipeg Art Gallery, received its official name in the Inuktitut language on Wednesday. 2:37