Melinda Gates, the billionaire philanthropist and businessperson, has donated $250,000 U.S. ($318,130 Cad) to the Carol Shields Prize for Fiction.

Named in honour of the late writing legend Carol Shields, the prize will be launched in 2023 — awarding $150,000 Cad to a single work of fiction by a woman or non-binary writer.

Gates’ donation was made through her investment and incubation company Pivotal Ventures. She is also the co-chair of the namesake charitable organization she runs with her husband, Bill Gates, the Bill and Melinda Gates Foundation.

“Throughout history, women have been writing profound, groundbreaking books. Yet, women authors earn less, are reviewed less often in major literary publications and are routinely overlooked for awards. Ours will be a more equal society — and a more interesting one — when we expand the types of stories we deem to be worthy of recognition. The Carol Shields Prize for Fiction is an exciting step toward a future where books by women get the attention and prestige that they deserve,” Gates said in a press statement.

Gates has supported several initiatives around the world aimed at empowering girls and women, such as improving access to female contraceptives globally, maternal health and breast milk research, as well as climate change.

She even wrote a bestselling book about this work: The Moment of Lift: How Empowering Women Changes the World was published in 2019.

The Carol Shields Prize for Fiction will be open to English-language books published in the U.S. or Canada, including translations from Spanish and French. Writers must be citizens and current residents, of at least five years, of Canada or the U.S.

The prize was founded by Canadian writer Susan Swan and Janice Zawerbny, an editor at HarperCollins Canada.

As It Happens6:37Why a new $150K literary prizes is just for women and non-binary writers

Susan Swan saw how literary prizes for women in other countries helped writers carve out a space for themselves in the male-dominated industry. In North America, no such prize existed. So the Canadian author decided to create the first, alongside HarperCollins editor Janice Zawerbny. 6:37

Planning for the prize began back in 2012 after Swan participated in a discussion of the status of women in writing on a panel that included Kate Mosse, who established the U.K. Women’s Prize for Fiction and Australian writer Gail Jones. It was moderated by Shields’s daughter Anne Giardini.

Looking at statistics generated by arts organizations like VIDA and CWILA, Swan found that women writers were being reviewed in publications far less than their male counterparts.

The historical numbers for major literary awards are particularly dismal — only 15 women have won the Nobel Prize in Literature since 1910 and about a third of the winners of Canada’s oldest literary prize, the Governor General’s Literary Award for fiction, have been women.

The prize will have three jurors: a Canadian, an American and a third international judge. It will be awarded annually in the spring, preceded by a longlist of 15 books and shortlist of five books.

The four remaining finalists will each receive $12,500 U.S.

The winner of the Carol Shields Prize for Fiction will also be asked to select an emerging writer to mentor for a year. 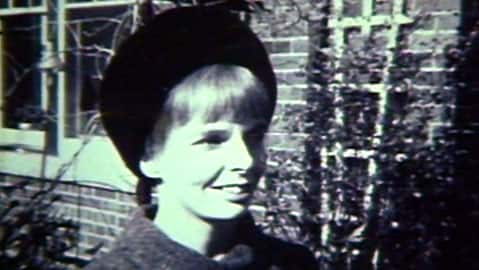 A young Carol Shields tells the CBC why her fiction revolves around modern, ordinary women. 5:14

Shields, the prize’s namesake, was one of Canada’s best-known writers.