Ask Mosaic Books owner Michael Neill about business during the pandemic, and he gets a little embarrassed.

“The past week we were up 44 per cent. Thirty-six per cent in the last month.”

And Neill’s not alone. When the pandemic first hit, independent bookstores felt their share of pain. Lockdowns in some regions brought foot traffic to a halt. Publishers began holding back titles, waiting for more favourable conditions.

According to BookNet Canada, sales in Canada’s English-language retail book market were down 24 per cent between March and May.

But with the fall came a flood of new titles while booksellers across Canada are finding new ways to connect with customers.

What good books can do

“We had incredible support,” she said of the local customers she met when she and her co-owner jumped in the car.

As readers hunker down to try and ride out the pandemic, what Saul and other owners have observed is an increased appetite for understanding.

Hey friends. What are your favourite Canadian bookstores? Have you switched to purchasing online? Can anyone resist the almighty Amazon? pic.twitter.com/0gPMpCTdbT

He points to a paper Ryan Raffaelli presented at the American Booksellers Association (ABA) in January, exploring the resurgence of independent bookstores. There was a 49 per cent rise in the number of booksellers from 2009 to 2018, according to ABA.

“It’s called localism,” said Minett. “It’s one thing to just type something into your phone. It’s another to realize there’s someone working with and bringing authors to you.”

If you’re looking for an example, it doesn’t get much more local than The Bookshelf in Guelph, Ont., a store run by Minett’s family. When the pandemic clamped down, he said they came up with a complementary pairing of books and wine.

“We had a liquor licence. [Premier] Doug Ford in Ontario said, ‘Hey, you can deliver it.'”

“It keeps kids reading, and it’s a great way to touch base with our customers,” she said.

Mabel’s Fables has also started a monthly subscription service where titles tailored to your reading preferences are mailed to your home.

With tight margins and limited staff, many smaller bookstores didn’t focus on online sales pre-pandemic. Mosaic owner Neill is also the founder of Bookmanager, a software system built for bookstores. While he had hundreds of stores in Canada using the product, many had never really utilized the online sales portion.

Tidewater Books in Sackville NB. Having a book store to browse in a small town is worth shopping local.

Then the pandemic hit.

“We were inundated with phone calls,” he said. “How do we turn this on? How does it work?”

His team scrambled to get the stores online and saw a sharp increase in traffic. Between August and October of 2019, Bookmanager tracking software processed 17,000 online orders, Neill said. This year, the same time period saw 116,000 orders.

Knowledge Bookstore in Brampton, Ont., has also witnessed a new rush of online customers. Sean Liburd’s Knowledge Bookstore has been a fixture in the community for decades, selling a wide range of what he describes as “African-centred books.”

Following the Black Lives Matter protests, his wife began to notice a jump in activity.

“We’ve never had thousands of people from Canada. That was extremely surprising to us.”

Pre-COVID, 90 per cent of Liburd’s sales was in-store. By June and July, he said 98 per cent of his business was visitors to the bookstore website. A wave of new customers was looking for everything from books such as White Fragility and The Skin We’re In to classics by Maya Angelou.

With cooler weather approaching and coronavirus cases rising in Ontario, Liburd is trying to stay optimistic.

“I have purchased my Christmas stock. So I’m taking my chances that I’m going to be positive about it, even if there are more restrictions.”

@BooksWordsWorth is my go to 😊 Waterloo Region, ON. Knowledgeable staff. Will order anything for you if they don’t have it. Community relationships matter and this place is 💯

Hunkering down for the holidays

With future lockdowns a distinct possibility, Saul of TYPE Books said November is the new December.

With cutbacks at publishers, frustration with shipping delays is part of the pandemic landscape. Saul said with customers leaving home less, some are buying more when they come in and others already planning ahead.

“We’re seeing people make the piles [of purchases] that we normally are accustomed to seeing in December.”

WATCH | Small booksellers thrive thanks to new connections during pandemic: 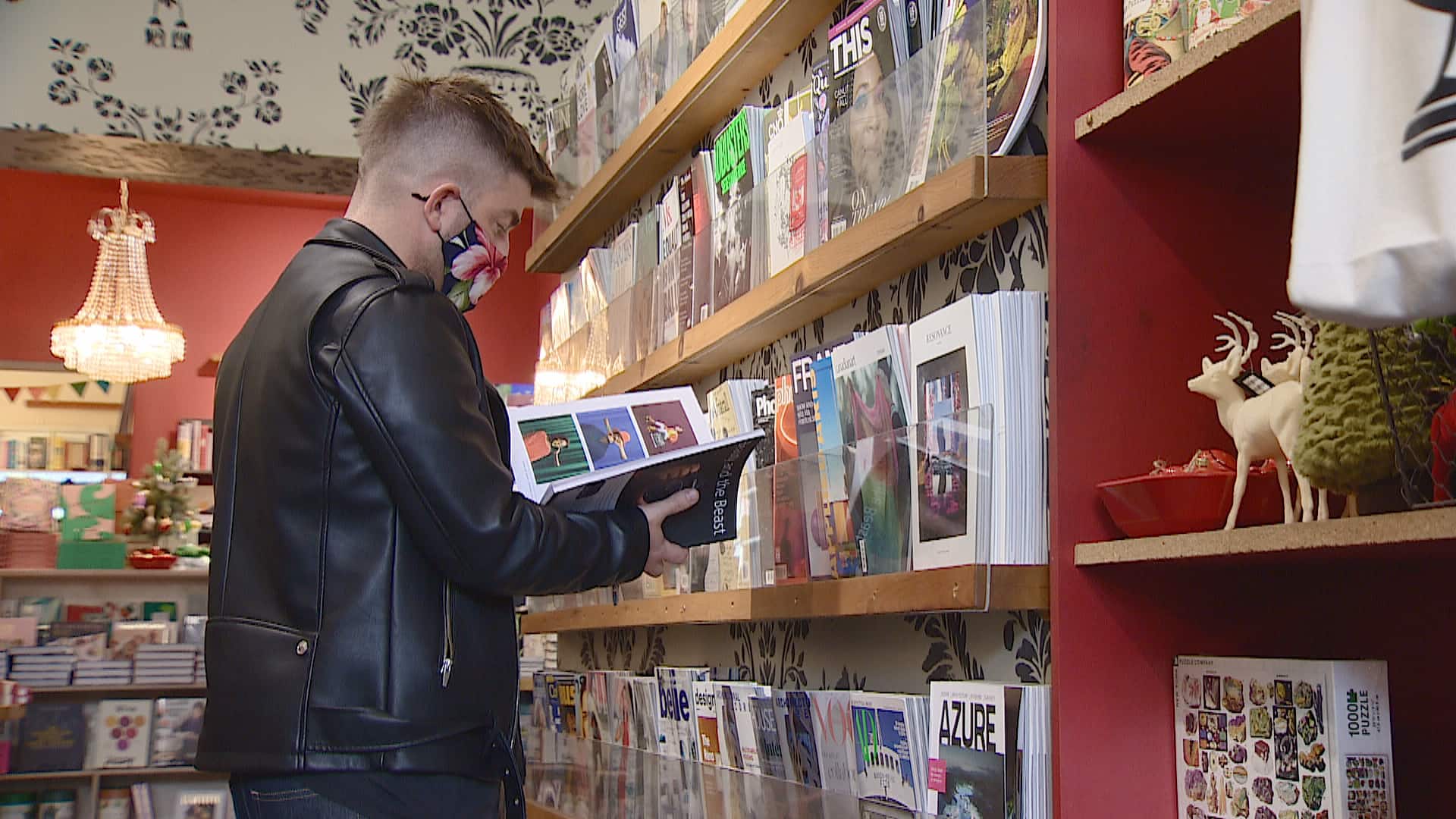 Despite concerns that they’d be replaced by online retailers like Amazon, some small booksellers in Canada have managed to thrive thanks to come creative ways to connect with customers. 2:02

As for Minett, after surveying members of the Canadian Independent Booksellers Association, he said the biggest issue is the cost of shipping. He’d like to see the federal government extend to bookstores the same low shipping rates libraries currently enjoy.

But overall with the future of big-box bookstores in flux, he said COVID-19 is opening customers to a world of new possibilities.

“I think people are realizing, it isn’t just about how you get it. But do you really want to have a community or not?”

check out @OctopusBooks – and yes, I have definitely switched online and have increased local bookstore purchasing too

Barack Obama names Canadian novel The Glass Hotel by Emily St. John Mandel one of his favourite books of 2020