When it comes to the next wave of Marvel content, the studio responsible for Avengers: Endgame is increasingly looking north to fill out its ranks.

Iman Vellani of Markham, Ont., appears to be the latest addition. According to reports, Vellani will be starring as Ms. Marvel in an upcoming TV series for Disney+.

Disney has not confirmed the news, but G. Willow Wilson, the comic writer and creator of the character, said on Twitter: “I guess the news is out.”

“She is the real deal,” Wilson wrote.

I guess this news is out. 👀 Congrats, Iman! https://t.co/F3VAca5uiQ

As Marvel moves on from the decade-long string of films that culminated in the Avengers finale, the studio is starting to reflect the diverse heroes that have populated Marvel comic books for years.  Ms. Marvel will be the studio’s first series centred around a Muslim superhero. In the comic, Kamala Khan is a Pakistani-American teen who lives with her family in New Jersey.

Similar to the relatable roots of Spider-Man, Wilson created a hero more focused on keeping her local block and bodega safe while trying to balance the demands of high school, her faith, and her newfound powers.

In the original series, it was Canadian illustrator Adrian Alphona who created a fun and fluid art style to complement a hero with the power to stretch and shrink her body.

While the Ms. Marvel series is still in the works, Marvel Studios President Kevin Feige has suggested the teen hero will eventually leap to the big screen, hinting at an appearance alongside Brie Larson in a Captain Marvel sequel.

Tatiana Maslany is another Canadian actor who is reportedly jumping from the clone-related chaos of Orphan Black to star in the upcoming Disney+ Marvel series, She-Hulk.

While Disney has not confirmed the casting, none other than Mark Ruffalo, who plays the Hulk,  tweeted “Welcome to the family, cuz!”

More than just a female version of the Hulk, in the comic Jennifer Walters gained her powers after receiving a blood transfusion from her cousin Bruce Banner. For comic readers, She-Hulk is a woman who fights with brains and brawn, working as a lawyer and while also appearing as a member of the Avengers and the Fantastic Four.

In a  memorable run of comics by Canadian-raised writer and artist John Byrne, She-Hulk would occasionally break the fourth wall, speaking directly to readers and jumping between panels. In 2016, Canadian writer Mariko Tamaki added new layers to She-Hulk as she battled against years of rage and trauma. Those elements could be why Feige said the series will be “unlike anything we’ve done before.”

While the new recruits prepare for the onslaught of attention, Canadian Simu Liu is already in production for Shang-Chi and the Legend of the Ten Rings. The first film to feature an Asian superhero in a starring role features Liu as Shang-Chi, the master of Kung-Fu.

Bounding from CBC’s Kim’s Convenience to the big screen, Liu was filming in Australia in March before production halted due to the pandemic.

My hot girl summer is coming you guys https://t.co/zZwmz7pr3h

While Canadian actors are helping fill out Marvel’s next wave, Canadian comic writers are busy planting the seeds for new projects. With Iron Man now out of the picture, Robert Downey Jr. is currently developing Sweet Tooth, a TV adaptation of the long-running comic series by Toronto’s Jeff Lemire.

I’m no expert on this universe, but any chance of Ms. Marvel, Shang-Chi and She-Hulk meeting in the 🇨🇦 sector? pic.twitter.com/rkHqHfV46M

Ellen DeGeneres says she has COVID-19 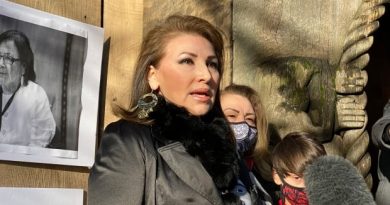