There is, perhaps, an irony in the experience of taking on the role of Diana, Princess of Wales, for her much-anticipated arrival in the Netflix series The Crown.

Assuming the on-screen identity of one of the most iconic and photographed celebrities of the last century has put Emma Corrin at the centre of her own — albeit smaller — media whirl.

The irony carries mixed emotions for Corrin, the 24-year-old British actor who plays Diana in Season 4 of the show, which launches Nov. 15.

“It’s more and more strange as it gets closer to it. I’m very scared of losing my anonymity,” Corrin said in an interview from London. “I think I have very much taken it for granted up until this point and maybe thought of fame and being in the public eye as quite a fun, silly thing that would accompany this amazing job that I’m very lucky to have.”

The experience offers parallels, on a much lesser scale, to the life Diana lived at the centre of an ever-increasing maelstrom that followed her engagement and ultimately ill-fated marriage to Prince Charles, eldest son of Queen Elizabeth and heir to the throne.

Increasingly, Corrin said, she’s “mournful, I suppose, of the fact that now I’m photographed when I leave my house. It’s a very strange relinquishing of one’s freedom in a very bizarre way and I have a great sympathy [for Diana].”

For three seasons, creator Peter Morgan’s The Crown has been giving its audience his version of the reign of Queen Elizabeth, offering a fictional portrayal of real characters and events that have been front and centre — or occasionally well-hidden — in the recent history of the House of Windsor.

Among other things, Season 4 takes the drama into the era of Diana’s arrival in the Royal Family. It’s a journey from the wide-eyed joy and innocence of a young woman falling for and marrying her prince in 1981 to darker days as she struggled with bulimia, his ongoing relationship with Camilla Parker Bowles and the collapse of a marriage billed on the day they wed as “the stuff of which fairytales are made.”

Corrin was “beyond excited and honoured” to get the role, she said in a tweet at the time.

That was “partly because of the series and how I’d been such a fan … for such a long time.”

In her mind, The Crown was “doing something very original and very exciting,” she said.

“I think Peter Morgan is a genius and his writing is incredibly intuitive into the human condition and the complexities there. And obviously, I’m such a big fan of Diana and always felt very protective over her and always felt like she deserved … her story to be told.”

Still, it’s a role that comes with significant challenges.

“One of the biggest challenges for an actor assuming the role of Diana, Princess of Wales, is that the collapse of her marriage and her untimely death are so well-known that it would be tempting to portray her as a tragic figure throughout her life, foreshadowing events to come,” said Carolyn Harris, a Toronto-based royal author and historian.

WATCH | Charles and Diana arrive in Canada for their first visit together in 1983: 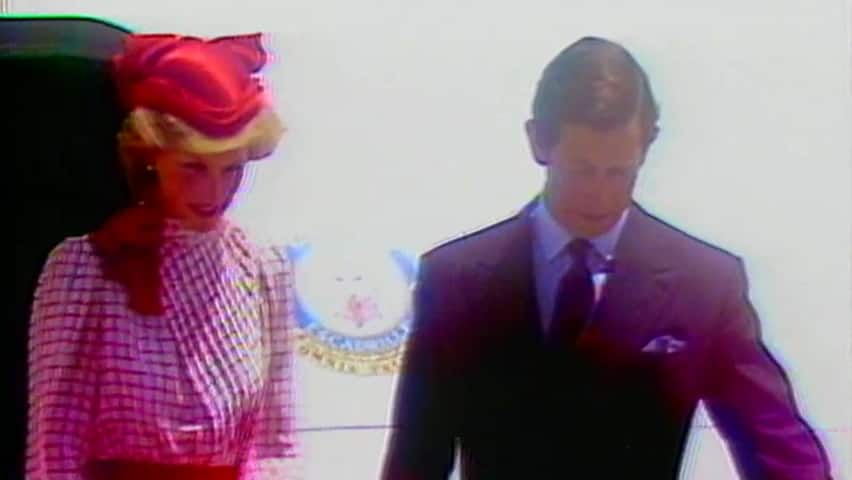 Charles and Diana, making their first visit as a couple in Canada, disembark at the Shearwater base in Nova Scotia. 3:27

“An actor portraying Diana needs to capture her feelings at various ages, the joyful moments as well as the sad ones.”

The script gave Corrin that opportunity.

“Personally I loved playing such a huge arc,” she said, thinking of how the role took her from a young, carefree woman “before anything happened, running around London with her friends” to when she’s older and life isn’t nearly as simple or joyful.

Diana, who died after a car crash in Paris in 1997, was as much a celebrity as a member of the Royal Family. At first, she was Shy Di. Over time, her personal struggles and the openness she had with anyone she met left an emotional connection and impression with many watching from afar.

For Corrin, taking on the role was “incredibly” daunting.

“You can get really bogged down in people’s impressions of her,” Corrin said.

“Also, when I started researching her, all the biographies out there, all the documentaries … it’s just other people’s opinions of her and a lot of facts and a lot of speculation and it … doesn’t really give you a lot to go on apart from ‘poor Diana to be subject to all this publicity.'”

But when Corrin got the script, she said, it removed any of that stress because she was reminded “that this is a fictional story that we’re telling and these are Peter Morgan’s words, this is his version of it, and this my interpretation of her, which helped a lot.”

It is, however, fiction with a basis in fact. And one of the facts that features throughout Season 4 is Diana’s experience with bulimia. It’s a vivid portrayal of the eating disorder that Diana talked openly about.

“I thought that was incredible and very ahead of her time,” said Corrin. “I’m sure it had a massive effect for any people who had experienced it or were experiencing it. So I really wanted to do that justice and show it … very fully.”

‘Central to her experience’

Corrin said she didn’t want to “shy away from it or just allude to it” because it was “very central to her experience and what she was going through.”

The storyline is based on Diana’s own comments, including those she made in her interview with the BBC Panorama program in 1995. The producers of The Crown worked with a U.K. eating disorder charity and episodes portraying her bulimia have a warning card and offer a link to resources for those who have an eating disorder.

As much as the show offers a fictional portrayal of darker moments in Diana’s life, there are lighter, happier ones, too.

Some reflect one of the unexpected discoveries Corrin made in her research. 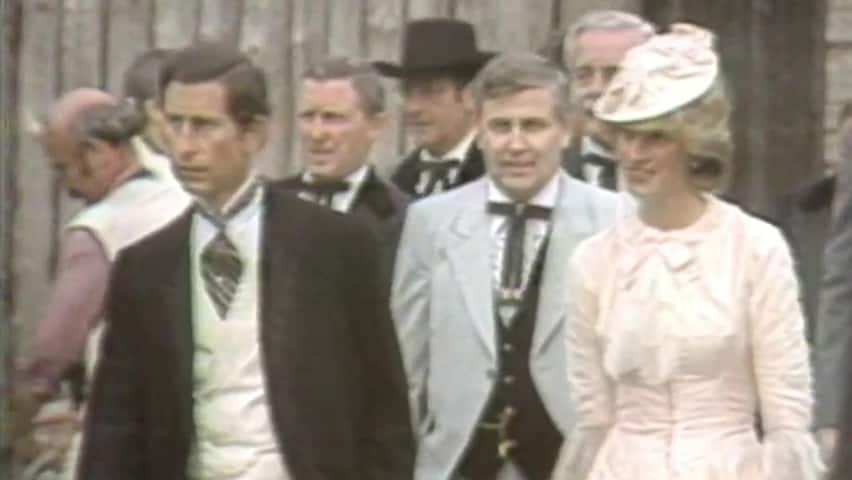 “I was surprised at how she loved to use dance as a way of expressing herself and that was … her love language.”

In one episode, “she keeps performing for Charles as a way of trying to communicate so desperately that she loves him,” Corrin said. “It’s the saddest thing in the world, because it is the most genuine expression of love for her, and for him, it just couldn’t be further from it.”

Helping out at first

Corrin’s road to the role was long, and had an unexpected beginning.

“It was kind of a long process actually,” she said. “I was asked to come in and … help the girls who were auditioning for Camilla, read in opposite them as Diana.”

Corrin was, however, put on tape, and she recalls producers and directors being in the room at the time.

“I remember calling my agent afterwards and saying, ‘Oh God, I think they liked me.’ And she was, ‘Emma, don’t be ridiculous. They haven’t even started filming Season 3. They’re not thinking about Diana yet.'”

But maybe they were.

Six months later, Corrin and her agent got the call asking her to audition for the role of Diana. And she got it — after what she describes as a very stressful time of waiting and “not hearing.”

Once she got the role, there was the first hint of what might come for her off screen — and how it could help as she became the on-screen Diana.

“One of the first things [the director] said to me was, ‘Your life’s going to change a lot,'” she said. “He said any time you feel out of your comfort zone or overwhelmed … or you end up in the paper or people are saying things about you, he said use it because it’s [what] she would have been experiencing, all those feelings — use them.”

Once viewers see Season 4, Corrin hopes they would get a sense of the reality of “one of the most broadcast and talked about and revered marriages and love stories in the world.”

People speculate so much about what happened in that marriage, she said, and “I think what The Crown does amazingly is take you behind those closed doors” and into the “human emotion and human experience” at play.

“Hopefully people can relate, people can empathize and it can teach people things.”