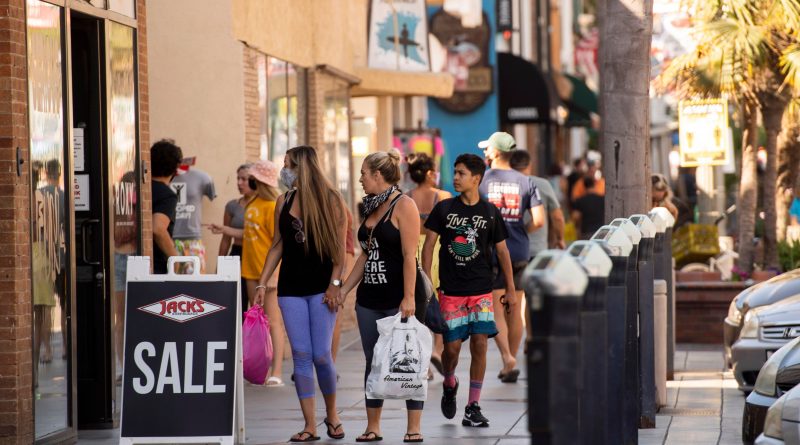 People walk past a “Sale” sign outside a shop in Huntington Beach, California, July 16, 2020, amid the coronavirus pandemic.

Retail sales jumped 1.9% in September, easily topping a Dow Jones estimate of 0.7%. Excluding autos, sales were up 1.5%. That’s also better than a 0.4% estimate.

“The economy continues to show pockets of strength, but those pockets need to widen,” said Quincy Krosby, chief market strategist at Prudential Financial. “For those who still have their jobs, the economy has been healing.”

“The question is, if initial unemployment claims continue to rise, will we continue to see retail sales surprising to the upside,” Krosby added.

The market also got a boost after Pfizer said it would apply for emergency use of its coronavirus vaccine as soon as it reaches certain safety milestones that it expects to have in late November. Meanwhile, Europe’s aviation regulator said Boeing’s 737 Max jet is safe to fly again. Boeing shares rose 5%.

Wall Street was coming off its third consecutive daily decline amid uncertainty around further coronavirus stimulus as well as fears of a worsening pandemic around the world.

The major averages suffered their third straight day of losses on Thursday, their longest losing streak in nearly a month.

Later, President Donald Trump said that he would raise his offer for a stimulus package above his current level of $1.8 trillion. House Democrats have passed a $2.2 trillion bill.

Meanwhile, the U.K. government announced plans to impose tougher coronavirus restrictions on London, while the French government declared a public health state of emergency earlier this week amid a surge in cases. Germany has also announced new rules to curb the spread of the virus. 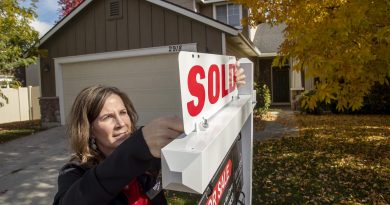 November home prices rose 9.5%, one of highest gains ever: Case-Shiller