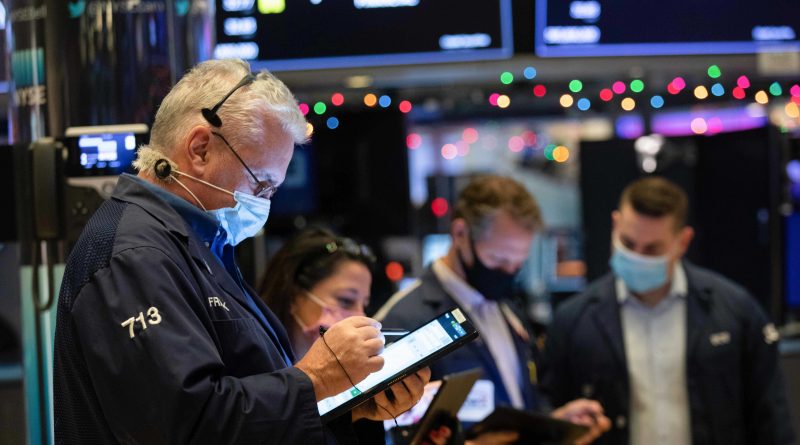 Traders work on the floor of the New York Stock Exchange.

U.S. stock futures moved higher in overnight trading on Sunday as markets indicated a rebound from a losing week.

Investors are weighing updates on the Covid-19 vaccine rollout as well as the coronavirus stimulus stalemate in Washington.

Last week, stocks experienced their first down week in several as legislators continued a standoff surrounding a Covid-19 aid package.

The upcoming week is expected to be market moving with Pfizer’s vaccine rollout and a Federal Reserve policy meeting. Tesla also joins the S&P 500 on Friday.

The U.S. has begun to ship the doses from a Pfizer facility in Michigan to hundreds of distribution centers across the country. The FDA is also slated to publish their assessment on Moderna’s vaccine this week.

The Covid-19 vaccine is being rolled out amid some of the darkest days of the pandemic in the U.S. More than 2,300 coronavirus related deaths were recorded Saturday, following over 3,300 deaths Friday. New infections continue to explode, with more than 219,000 cases reported on Saturday.

The surge in cases coincides with months of debate in Washington over another round of Covid relief. A bipartisan group has proposed a $908 billion framework; however, Sen. Majority Leader Mitch McConnell opposes the proposal and has called instead for an agreement that excludes provisions on liability protections for businesses and funding for state and local governments. Those two issues are major sources of disagreement between Republicans and Democrats.

“Politically, debate continues on another fiscal bill, which is much needed for much of the population, but will also create an even larger ‘wall of cash’ for consumers to spend as economies fully reopen,” Tavis McCourt of Raymond James told clients on Sunday.

“It is abundantly clear the economy is slowing as local shutdowns continue, but any impact on the equity market has been limited so far. Whether this continues into 1Q is unclear, but our guess is pullbacks will be limited unless something materially changes in the vaccine story,” he added.

The Fed kicks off its two day policy meeting on Tuesday, the central bank’s final meeting of 2020. Economists have speculated that the Fed could make changes to its bond program. The Fed is currently buying at least $80 billion a month of Treasurys, and Fed officials have discussed what they could do to change that program at their last meeting. 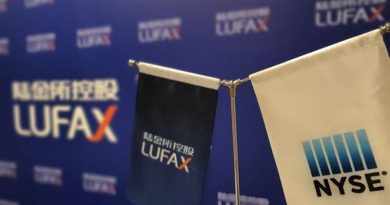 China-based companies raise the most money via U.S. IPOs since 2014