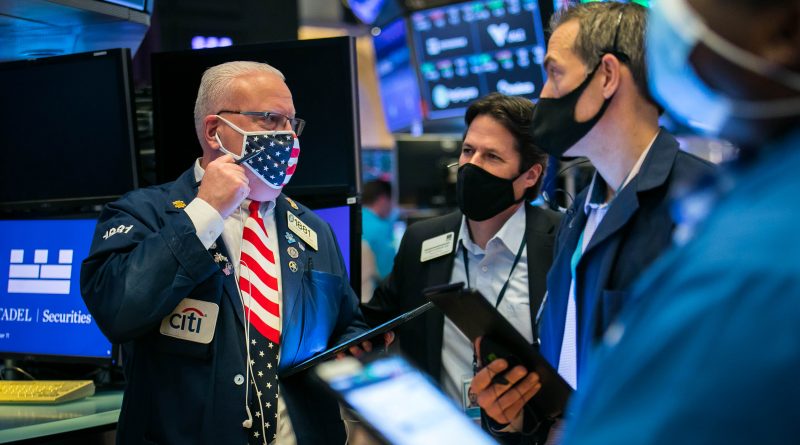 
The Dow Jones Industrial Average and S&P 500 fell on Monday following a record-setting session as traders worried about rising coronavirus cases and searched for clues on additional fiscal aid.

Chevron and Intel were the worst-performing Dow stocks, falling 2% and 1.7%, respectively. The energy sector led the S&P 500 lower, sliding more than 2%. Facebook, Apple and Netflix all rose more than 1% to lead the Nasdaq higher. Tesla also contributed to the Nasdaq’s gains, advancing 2.9%.

“In the near-term, the risk of a modest equity market pullback has risen because the worsening virus situation in the U.S. could spur a positioning unwind,” wrote Goldman Sachs equity strategists in a note Monday. “Although vaccine approval in the U.S. appears imminent, increased restrictions or shutdowns in the U.S. could slow the near-term recovery in economic growth.”

Dr. Deborah Birx warned on Sunday that the escalating coronavirus cases will be “the worst event that this country will face, not just from a public health side.”

On Thursday, more than 2,800 U.S. deaths from the disease were recorded, a new high, according to data compiled by Johns Hopkins University. More than 14 million Covid-19 cases have been confirmed in the U.S. along with over 282,000 coronavirus-related deaths. Hospitalizations have also reached record levels in the U.S.

Still, the major averages posted intraday and closing all-time highs on Friday, with the Dow popping more than 200 points as investors looked ahead to coronavirus vaccines and possible more fiscal aid. The S&P 500 and Nasdaq Composite advanced 0.9% and 0.7%, respectively.

Those Friday gains came even after the release of disappointing U.S. jobs data. The Labor Department reported that 245,000 were created in November. Economists polled by Dow Jones had forecast that 440,000 were added last month.

Ed Yardeni, president and chief investment strategist at Yardeni Research, wrote the jobs report was “not so bad” as most of the labor-market slowdown last month came from government jobs.

“The clear message is that while the recovery in the labor market has lagged behind the recovery in overall GDP, both continue to regain ground lost during the lockdown recession of March and April,” Yardeni added.

The disappointing print also gave stocks a boost by lifting expectations of a new fiscal stimulus package being passed before year-end.

Those comments followed a bipartisan group of senators unveiling a $908 billion aid proposal earlier last week. Senate Majority Leader Mitch McConnell initially shut down the measure, but a spokesman for House Speaker Nancy Pelosi later said she and McConnell discussed their “shared commitment to completing an omnibus [spending bill] and Covid relief as soon as possible.”

“At this point, the market is anticipating at least several hundred billion dollars of incremental stimulus in 2020,” said Adam Crisafulli, founder of Vital Knowledge, in a note. But “whereas Washington had been a tailwind in late-Nov and early-Dec as fiscal progress occurred faster than anticipated, the whole topic is starting to become more neutral (and possibly a headwind to the extent Congress fails to deliver on investor assumptions).”

Lawmakers had been at a stalemate over additional fiscal aid for months before last week, raising concern about the economic recovery from the coronavirus pandemic.

The increasing number of coronavirus cases has led some states and cities to re-impose stricter social distancing measures to curb the outbreak.

“Renewed lockdown restrictions in response to the third wave of the pandemic are likely to weigh on the economy in coming months, but we don’t expect a double-dip,” said Yardeni. “The economy could be booming next spring if enough of us are inoculated against the virus.” 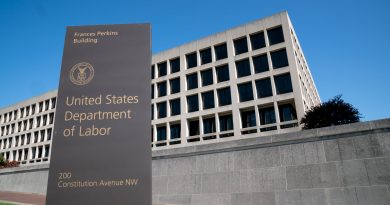 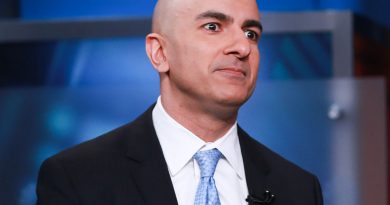 Delayed stimulus will have ‘enormous consequences’