It’s a quirky rule that has confounded many people: while the Canada-U.S. land border is closed to non-essential traffic due to the COVID-19 pandemic, Canadians can still fly to the United States for leisure travel.

“It’s like having your front door locked but your back door wide open,” said U.S. immigration lawyer Len Saunders, whose office sits close to the Canadian border in Blaine, Wash.

To add to the confusion, the flying rule isn’t reciprocal: Canada bars American travellers from entering by any mode of transport, unless they get a special exemption.

Saunders said he has been bombarded with calls from Canadians during the border closure inquiring about flying to the U.S.

“People are still calling me saying, ‘I just want to clarify that this is OK. And why can I fly, but I can’t drive?'”

CBC News asked the U.S. government that same question, but didn’t get a response.

Foreign relations expert Edward Alden suggests the reason why Canadians can still fly to the U.S. may be rooted in the fact that, compared to Canada, the U.S. has less stringent travel restrictions for air passengers.

“The measures in the United States are just across the board far more relaxed,” said Alden, a professor of U.S.-Canada economic relations at Western Washington University in Bellingham, Wash.

“[It’s] certainly one of the reasons we have higher [COVID-19] case numbers.”

‘I could have walked’

To help stop the spread of COVID-19, Canada and the U.S. agreed in late March to close their shared land border to non-essential travel.

Since then, many Canadians have flown to the U.S, after discovering that it’s still allowed.

But the flying exemption has also sparked bewilderment.

Birgit Heinbach lives in Surrey, B.C., just seven kilometres from her American husband’s home across the border in Blaine, Wash.

Because she can currently only fly to the U.S., Heinbach said it took seven hours and two flights — from Vancouver to Seattle and then Seattle to Bellingham — to get to her husband’s home when she visited him in July.

“The whole thing was ridiculous,” she said. “I could have walked in my own little shoes — in 45 minutes — to my husband’s house.”

Canadian snowbird Tamara Carmichael lives in a non-winterized mobile home in Leduc, Alta., in the summer. Her winter home sits in an RV park in Yuma, Ariz.

Although Carmichael can still fly to the U.S. this winter, she said that’s not an option because she needs her truck to get around in Yuma, and can’t afford the fee — upwards of $1,500 — to ship it.

She argues the U.S. flying exemption is nonsensical because driving is a safer way to travel during the pandemic.

“Sticking everybody on an airplane is not a solution,” said Carmichael. “You’re packed into a tin can with a bunch of other people.”

According to a U.S. government document, it sanctioned the land border closure because “non-essential travel between the United States and Canada poses additional risk of [COVID-19] transmission.”

No one provided an answer, despite repeated inquiries.

Alden theorizes that Canada — which has strict travel restrictions — prompted the land border closure, and that while the U.S. agreed, it had no desire to take it further.

Canada has restricted most foreigners from entering the country by any mode of travel during the pandemic. But foreigners can still fly to the U.S. as long as they haven’t visited Brazil, China, Iran, Ireland, the U.K. or 26 European countries in the Schengen Area 14 days prior.

Canada was never added to that no-fly list. Neither was Mexico, even though Mexico and the U.S. have also agreed to close their shared land border to non-essential travel.

“Generally, the United States has a much looser regime in terms of trying to keep out travellers,” said Alden. “They don’t see casual travellers as much of a threat, because they’re worried about drugs and illegal migrants and terrorism.” 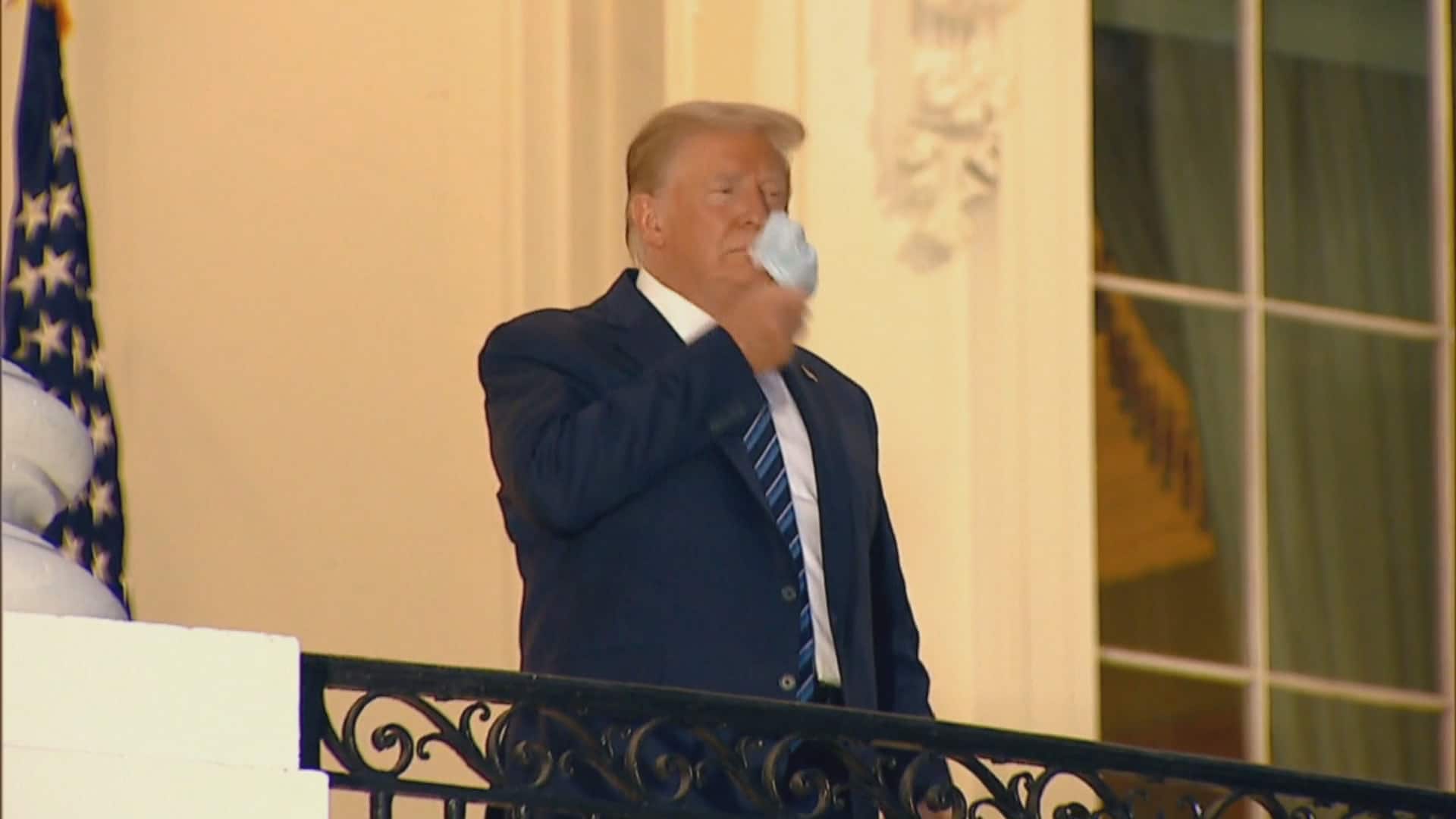 U.S. President Donald Trump returned to the White House — still infected with the coronavirus — and removed his mask on the balcony before going inside. He then tweeted a video of himself telling Americans not to be afraid of coronavirus or let it take over their lives.  7:25

Alden also said that the U.S. may have reasoned it would be too cumbersome for the country’s airlines to weed out the non-essential travellers if the country expanded its land border bans to air passengers.

Lawyer Saunders said he spoke this week with a senior U.S. CBP official who believes the U.S. still welcomes Canadian air passengers due to pressure from U.S. airlines to keep flights in operation.

“He said the airline industries would have lobbied hard when they were drafting this border closure,” said Saunders.

But the actual reason why Canadians can fly to the U.S. remains a mystery — until and unless its government offers an explanation.