South Korea’s Big Hit Entertainment, the company that manages global pop sensation BTS, had a dynamite trading debut Thursday in Seoul, helped by the zeal of its loyal fans.

Big Hit’s shares nearly doubled after their initial public offering netted more than $800 million US. The strong start was widely expected by analysts given the huge fan base for the seven-member boy band that has been dominating Billboard charts. Its market value stood at about $7.5 billion US by the end of trading.

Despite the concert-killing COVID-19 pandemic, Big Hit has prospered thanks to huge demand for its online content, including livestreamed BTS concerts that reportedly attracted more than 1.7 million fans.

Big Hit has a tight grip over its revenue streams, with BTS merchandise and other products exclusively sold through its Weverse e-commerce platform.

“The company has managed to grow beyond the traditional revenue sources of album sales and concerts and diversify its business through online channels,” wrote Ahn Jin-ah, an analyst from South Korea’s E-Best Investment and Securities, in a report that described Big Hit’s stock market entrance as a “drop of dynamite.” 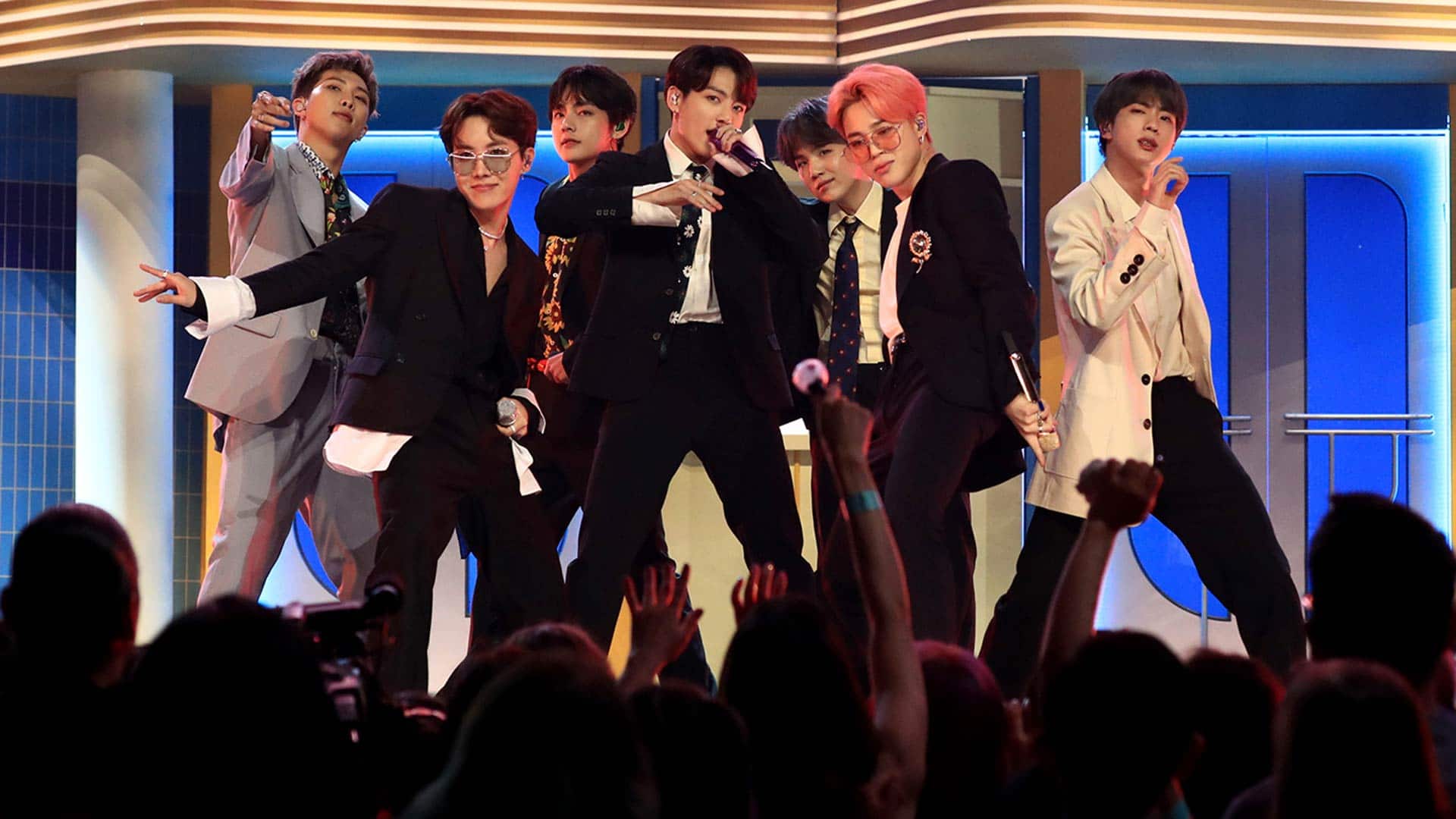 Dynamite, the new all-English single by K-pop phenomenon BTS, has debuted at No. 1 on the Billboard Hot 100 in the U.S., a first for an all-Korean pop group. 2:04

BTS accounted for more than 80 per cent of the company’s revenue during the first half of 2020, according to a separate report by Samsung Securities.

BTS launched in 2013 and has a legion of global supporters who call themselves the “Army.” It became the first K-pop act to top Billboard’s Hot 100 chart last month with their first all-English song Dynamite.

The band—consisting of J-Hope, RM, Suga, Jungkook, V, Jin and Jimin—has performed in sold-out arenas around the world and was even invited to speak at the U.N. General Assembly last month.

BTS is a source of national pride, with some lawmakers even arguing that its members should be exempted from the two-year military service that’s mandatory for most able-bodied males, saying that the singers have already done much for the country.

Unlike many other K-pop artists whose carefully cultivated images are shaped by their management agencies, BTS members actively engage with their fans through social media and often write their own lyrics. That personal touch is a huge part of their appeal, music experts say.

Fans looking to buy in

BTS fans who apparently follow everything and anything about the band naturally took an interest in Big Hit’s stock market debut.

Sara Ali, a BTS fan from Sudan, said she had been talking with fellow Army members about Big Hit’s business prospects and was hoping to buy a few shares herself.

“I believe this is an excellent opportunity,” she said through a text message.

The company’s shares began trading just days after Chinese nationalists erupted in anger at BTS after its leader RM thanked Korean War veterans for their sacrifices while receiving a reward for promoting U.S.-South Korea relations.

Chinese internet users and state media took RM’s comments as a slap at China, whose soldiers fought alongside North Korea against South Korea and U.S.-led allied forces during the 1950-53 war that was halted by an armistice but no peace treaty.

BTS has yet to respond to the comments.

European aviation agency says 737 Max to be cleared next week