Jubilation over the good news about a vaccine has taken markets by storm.

Shortly after the news broke on Monday that the U.S. drugmaker Pfizer had a COVID-19 vaccine breakthrough that appeared 90 per cent effective, the Dow Jones industrial average soared more than 1,500 points, a rise of more than four per cent. The Toronto market also took off.

Canadian oil and gas shares shot up on the prospect of people climbing back into cars for road trips and everyone in the world taking seats on planes. The price of oil was up 10 per cent.

But of course the euphoria has not been universal. While airlines soared and cruise lines sailed, companies like Zoom that have profited from the restrictions — in anticipation that work from home would continue for years — were battered by the news.

Precious metals, seen as a refuge in a time of economic uncertainty, also took a hit.

“There’s some belief that this is going to be a driver for economic growth as we come out of the pandemic situation, so it’s positive news for the world, but negative news for gold,” independent analyst Ross Norman told Reuters as gold slid two per cent on the Pfizer news.

But there is another group for whom good news is often bad news: borrowers.

As Canadian mortgage holders and prospective home buyers will have noticed over the past decade, bad news has been good for interest rates. Good news has the opposite effect.

Central bankers around the world, including Bank of Canada governor Tiff Macklem, have cut rates to what the U.S. Federal Reserve calls the “effective lower bound” — in other words, as close to zero as possible — to help the economy struggle through the COVID-19 crisis and lockdown.

“Monetary policy can’t provide a vaccine,” Macklem said at a virtual news conference in late October. “But it can support the economy through the length of this pandemic and, once we have a vaccine, make sure that the economy gets back to its full potential.”

But what if the pandemic is shorter? While Macklem said there were optimistic scenarios in which a vaccine would arrive and be widely distributed in 2021, that was not his gloomier and most likely scenario, which saw a vaccine two years away, arriving in 2022 and the subsequent economic recovery not before 2023.

Infectious disease doctors answer questions about the COVID-19 pandemic and what the announcement by Pfizer about its early results from its vaccine means. 6:07

Not thinking about it

In the United States, Federal Reserve chair Jerome Powell has also forecast a long wait for recovery, saying he and his panel of advisers would hold rates down even after inflation had climbed above the bank’s two per cent target and jobs had begun to come back.

But while central bankers may not be thinking about hiking rates, the sudden surge of optimism that the pandemic — which has until now felt endless — could be over in the reasonably near future means that borrowers must at least think about the thought that rates will not stay near zero forever.

On Monday the publication The American Prospect, a journal that claims deep links to the Democrats, suggested that Powell’s predecessor at the Federal Reserve, Janet Yellen, was being considered by president-elect Joe Biden for the job of treasury secretary.

From her time at the Fed, as the U.S. economy gradually climbed its way out of the previous recession, Yellen knows a lot about the difficult job of raising rates after they have been cut to the bone. Condemned by President Donald Trump and many market traders for hiking too soon, it is unlikely she would want to see Powell jump the gun on lifting rates before the recovery has kicked in.

But once in a political role within the Biden administration, she might be inclined to support what will inevitably be a painful and unpopular, if necessary, process of raising rates in time for the economy to adjust before Biden or his successor goes back to the polls.

As several financial commentators noted, the burst of market euphoria over the vaccine news may well be overblown. Certainly, the spike when U.S. and Canadian markets opened tailed off after cooler heads prevailed. 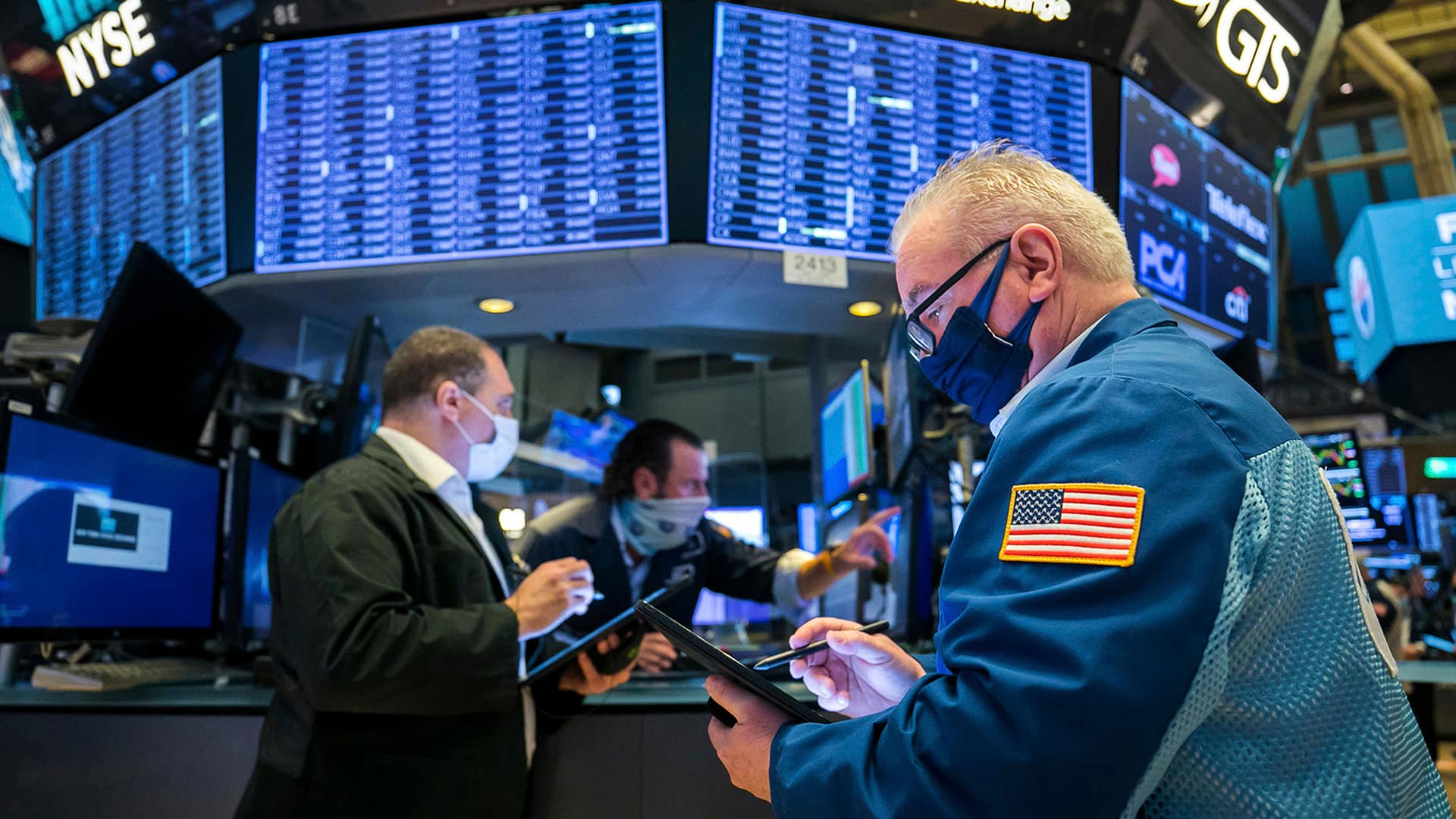 Stock markets surged Monday partly because of news surrounding the Pfizer vaccine. But not all of them. The winners and losers reveal that investors are betting on a return to normal. 1:31

When it comes to vaccines, there’s many a slip twixt the cup and the lip. The trials are far from over. Distributing a vaccine that requires low temperature storage may throw up complications. And even if everything goes well, there is no prospect that it will stop the current wave of infections caused by everyone heading indoors for the winter or getting too close at Christmas.

But the good news that a vaccine seems to be within reach — and with it, a return to normal life and a healthy economy — is a timely reminder that bad news, and the historically low interest rates it affords, cannot not last forever.

This may also be a good time for Canadians to consider what a victory over COVID-19 will mean for the rates they will have to pay.