A few Toronto-area landlords are still trying to reclaim their luxury homes after an Ontario Superior Court judge voided their leases two months ago, and ordered their mutual tenant to shut down the illegal rooming houses he created at a dozen properties.

The landlords say the illegal rooming houses have caused up to $1 million in damage across their 12 properties in Richmond Hill, Markham, and Thornhill, Ont.

In September, Justice Mark Edwards ordered their tenant, Arif Adnan Syed, to turn the houses back into single-family residences after determining that Syed had leased the properties based on “fraudulent misrepresentations.”

But despite the judge’s order, Syed took another month’s rent from some rooming house occupants and almost 80 people still lived in the 12 houses at the beginning of November. As a result, Syed was found in contempt of court, and as of this report, less than a dozen people are still living in three homes.

Titi Zhang’s father-in-law’s house in Richmond Hill is housing most of those remaining occupants.

Zhang, a realtor, rented out the four-bedroom home to Syed to live in with his family in late March. Within a month or so she found out it had been turned into a rooming house for more than 20 people.

By June, she said Syed stopped paying her family rent.

“We cannot afford this anymore,” Zhang told CBC News. “Last month and this month I couldn’t pay the mortgage for this house because we don’t have any income for almost half a year.”

“The entire house was demolished by those strangers,” said Zhang, who let a CBC News videographer film a recent inspection of the property. “They are growing and drying marijuana at my house.”

WATCH | Titi Zhang and another landlord inspect the damage to their properties: 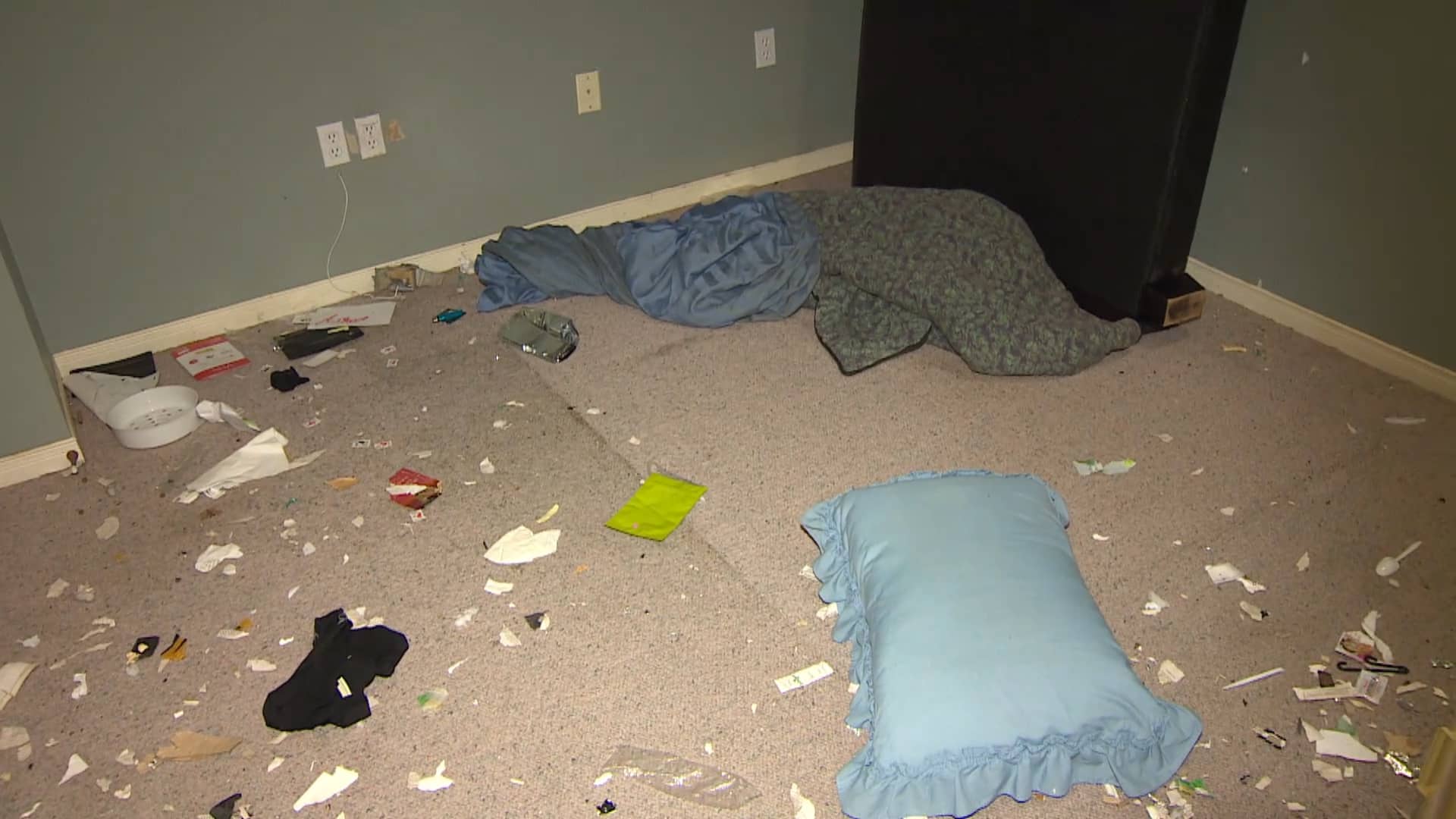 John Davies and Titi Zhang are among 12 people who rented homes to Arif Adnan Syed. He then turned them into illegal rooming houses. A Superior Court judge has ordered the homes be restored to single-family homes and has terminated Syed’s leases. 1:00

CBC News previously reported on landlords’ efforts to evict Syed in August when he faced 11 fraud-related charges for allegedly using fake identification documents in his applications to rent the houses in Richmond Hill and Markham, Ont.

York Regional Police have since laid six additional, related charges against Syed. None of the charges have been proven in court.

In an interview, Syed told CBC News there’s a lot of damage at Zhang’s house because he hasn’t been allowed to attend to the property since June because of his bail conditions on the fraud charges and the occupants know that.

“To my understanding, one or two of the occupants, they took possession of the house and they’re the one who is renting the rooms which are vacant,” said Syed. “Basically, they are running the show there right now. I have no control.”

Zhang and the other landlords say they came together to take their case to Ontario Superior Court because they were out of other options.

Despite criminal fraud charges against Syed in connection to his tenancy agreements, the Landlord Tenant Board (LTB) would only look at each of their eviction cases individually, and wouldn’t consider the other cases involving Syed.

‘The entire system is broken’

The landlords say there needs to be systemic change to fix that.

“The entire system is broken,” Zhang said. “Syed is doing everything, just [using] the loopholes, and no one can stop him.”

Zhang’s LTB eviction application was dismissed in September because the illegal act she alleged — that Syed provided forged and fake documents to rent her father-in-law’s house — happened a few weeks before the tenancy officially began when she handed over the keys.

“This is ridiculous,” Zhang said of the decision. “That means everybody can use a fraud ID to rent a house because when he provides the documents, he’s not a tenant yet.”

Syed said using the properties as rooming houses was “somewhat” his sole source of income for the last two years.

“I never thought it was actually illegal, I thought ‘I’m helping people,'” said Syed. “I had 120 occupants in all, like throughout the 12 houses, and like me alone dealing with them — I gave my whole life of two years just for this thing.”

Syed said he didn’t make a lot of money off the rooming houses, and said whatever he did make will probably be taken through the Superior Court case filed by the 12 landlords.

“I was paying rent on a property and maintaining it, and I have full occupancy with the rooms, I would say $2,000 to $2,500 a month,” said Syed about the money he made. “If it is fully occupied, but not every time is occupied and not every time people pay their rent.”

Under those conditions Syed could have made up to $30,000 a month from the 12 properties.

“I have a Lamborghini, which is under a lease, it’s not my own,” said Syed. “I have my own car right here, which is a Toyota.”

Davies still has one occupant living in his home, a man he said was stabbed by another occupant of the house two weeks ago.

York Regional Police confirmed to CBC News that they found a man suffering from stab wounds in a residence on the street and that a 27-year-old Markham man is now facing an attempted murder charge, among other charges in connection to the incident.

“This whole story is completely insane,” said Davies. “Everyone has been very sympathetic to us, but nobody seems to have had any power to do anything about it — and that includes the LTB.”

That changed, Davies said, when the landlords took Syed to Ontario Superior Court.

The latest court hearing on Friday gave both sides the chance to provide the judge with evidence toward the penalty for Syed being found in contempt of the court order.

Syed says he got ‘tricked too’

Syed told CBC News that he’s tried to get the occupants out of the houses, but that he misjudged some of them.

“When they come in front of you, they act all nice, just like I guess what happened between me and the landlord,” said Syed. “So that’s how I also got tricked too.”

Syed said that the occupants know the law and what it takes to evict someone.

“You know once somebody’s in, it’s just hard to get them out — even for me,” he said.

In court Friday, Ron Birken, the lawyer for the 12 landlords, said that’s not the landlords’ problem.

“These houses have been destroyed, and they’ve continued to be destroyed, since your order,” said Birken to Justice Edwards. “[Syed] did not get serious about doing anything at all until he was faced with a contempt hearing and going to jail.”

Edwards will rule on Syed’s punishment for contempt of court next week.

In the meantime, the judge ordered Syed to provide the court bank statements going back to the time the first lease was signed to see how much money he collected in rent — and also ordered a sheriff to evict the remaining occupants without delay.

Davies worries pricey lawsuits in Superior Court will be the only recourse for landlords like him if changes aren’t made at the LTB.

“The LTB is not designed for this type of fraud, but it’s going to continue,” said Davies. “Somehow it’s got to be stopped.”

Buy-local push has Manitoba businesses stretched to the limit