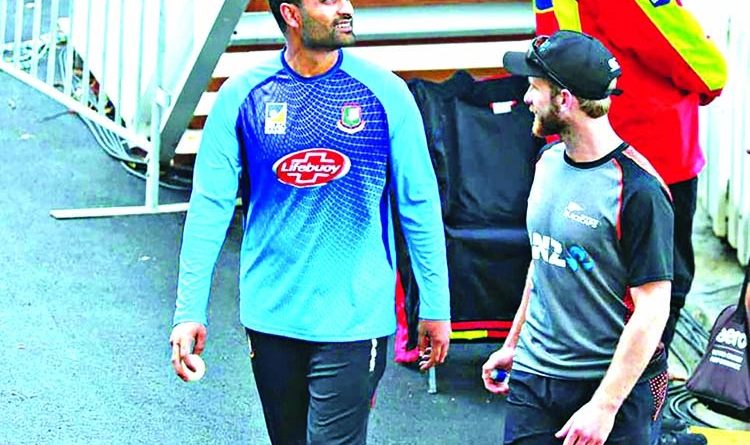 Sports
October 1, 2020October 1, 2020 omarmallick 0 Comments
Bangladesh ODI captain Tamim Iqbal (left) and New Zealand skipper Ken Williamson. -Collected
New Zealand Cricket (NZC) on Tuesday have announced the itinerary for the Bangladesh Cricket Team’s tour in March 2021. The Bangladesh side will play three ODIs and three T20 internationals against the hosts with all the matches taking place at different venues.
This will be the first overseas tour by the Bangladesh team following the interruption to international cricket fixtures from March 2020 due to the COVID-19 pandemic. The team is expected to leave for New Zealand on 24 February 2021.
The Tigers will start the three-match ODI series on March 13 at University of Otago Oval in Dunedin, the 2nd ODI will be held on March 17 at Hagley Oval in Christchurch and the  3rd and last ODI billed for March 20 at Basin Reserve in Wellington.
The first of the thee-match T20 series will be held on March 23 at McLean Park in Napier, the 2nd match on March 26 at Eden Park in Auckland and the last match on March 28 at Seddon Park in Hamilton.
BCB CEO Nizam Uddin Chowdhury: “I must compliment NZC for confirming the itinerary which was a real challenge due to the pandemic. This tour now holds added significance as we try to come out of the disruption to cricket caused by COVID-19 together and return to normalcy.
“We are really looking forward to playing in New Zealand. Bangladesh and New Zealand have established a very healthy rivalry in limited overs cricket in recent years and this series promises to be exciting and competitive.”
Bangladesh cricketers would have to revisit the Christchurch from where they narrowly escaped when a terrorist attacked two mosques of the city last year, leaving 51 Muslim worshippers dead and 40 severely wounded.
Just as the Bangladesh team arrived for prayers before practice on the eve of the second Test against New Zealand last year on March 15, 2019, Al Noor Mosque, opposite the Hagley Park cricket oval, were under attack as the gunman began his murderous rampage.
The players were about to enter the mosque for Jummah prayer before a woman warned them that there was shooting inside, helping the players to survive the attack. The players were severely shocked and took cover on the floor of their bus.None of the players were injured and the team returned home the following day after the Test was cancelled but the trauma haunted them for long days.
Earlier BCB President Nazmul Hassan on Monday said Bangladesh’s Sri Lanka tour for a three-match Test series has been postponed. Bangladesh were due to travel to Sri Lanka this month to start preparing for a three-match series which is a part of the ICC World Test Championship.
New Zealand VS Bangladesh
13 March
1st ODI, University of Otago Oval, Dunedin 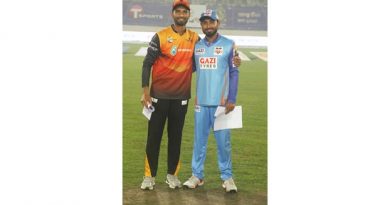 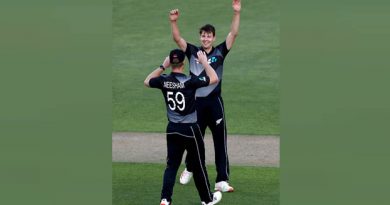 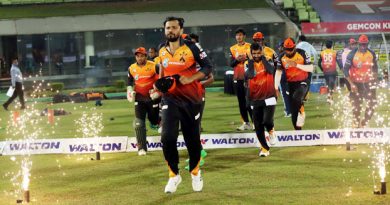