The news came just two days after Mahmudullah Riyad tested positive for the deadly virus, which ruled him out of the Pakistan Super League (PSL) in which he was set to play for Multan Sultans in PSL Playoffs.

“Mominul is positive for the Covid-19. He has some symptoms, though these are mild,” Bangladesh Cricket Board’s (BCB) sports physician Dr. Debashish Chowdhury confirmed.

The left-handed middle order batsman is currently staying at his home and maintaining self-isolation.

Mominul said he had slight symptoms earlier for which he underwent a test. The result came out as positive.

“I have had a fever since the day before yesterday. Otherwise I don’t have a lot of symptoms,” Mominul said. Mominul’s wife was also tested positive for the virus. “We both have quarantined ourselves at home.

I urge all to pray for our speedy recovery,” he added. Earlier, Abu Jayed Rahi, Saif Hassan and Mashrafe Mortaza had also tested positive, and have since recovered.

A few cricketers and coaching staff from the Under-19 camp had also tested positive last month. BCB is planning to arrange a T20 tournament, named as Bangabandhu T20 Cup 2020, in late November where five teams will participate. The players draft of this competition will be held this Thursday.

Mominul played the recently concluded BCB President’s Cup and was in the draft list of the Bangabandhu T20 Cup.

According to the official figures, there have been 421,921 Covid-19 cases in Bangladesh, with over 6000 deaths. 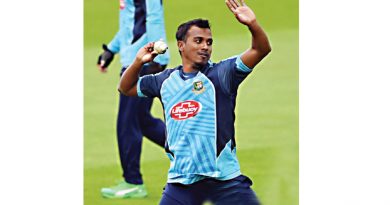 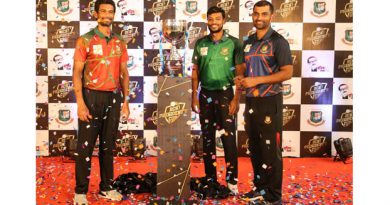 The guards then beat him, including with blows to his head, knocking him to the ground and pinning him face-down