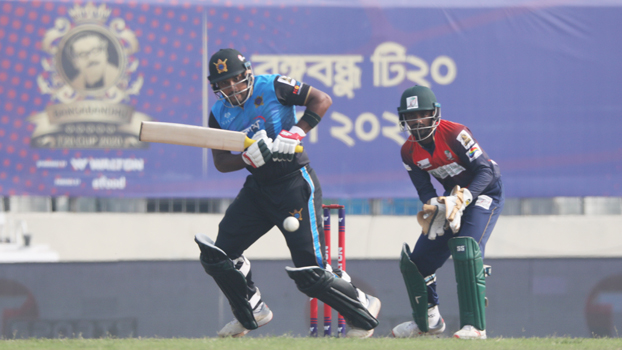 In the quest of survival, Beximco Dhaka beat Fortune Barishal by 9 runs in the Eliminator match of the Bangabandhu T20 Cup at the Sher-e-Bangla National Stadium in Mirpur on Monday. With this defeat, Fortune Barishal are now eliminated from the tournament.

Skipper Tamim also could not lead his team and succumbed to pressure as the asking run rate was peaking up. The stalwart had to tackle the inform Dhaka spinners in the beginning and fell in the trap of Muktar Ali. He returned to the pavilion after a 28-ball 22.

Youngster Afif Hossain was the only one who showed some resonance was keeping the score board moving for Barishal. He played his shots all around the ground and his array of stroke playing were giving Dhaka bowlers some headache.

However, no one was there to support him as he was quickly running out of partners. Resolute Afif then fell after a courageous 35-ball 55, which comprised of with 3 boundaries and 4 maximums.

In the end Barishal batsmen left themselves with too much to do. Barishal needed 20 runs off the last over, where they lost two more wickets and fell 10 runs short as their innings ended at 141/9. For Dhaka, pacer Shafiqul Islam and spinner Muktar Ali scalped three wickets each.

Sabbir Rahman, continued his miserable form and fell to Sohrawordi Shuvo’s delivery, after scoring 14-ball 8. However, skipper Mushfiqur Rahim played a captains knock and struck a quick-fire 30-ball 43 to take his team’s total at 150. Together with Man of the Match Yasir Ali, Mushfiqur put on a fifty-run alliance for the fourth wicket stand before Kamrul Islam Rabbi dismissed him in the 13th over.

It was Yasir Ali who managed to get the scoreboard moving when all other Dhaka batsmen were struggling. Yasir’s 43-ball 51, was comprised of 3 boundaries and two maximums. Dhaka will now play the second Qualifier on Tuesday against the losing side in the Qualifier match between Khulna and Chattogram. 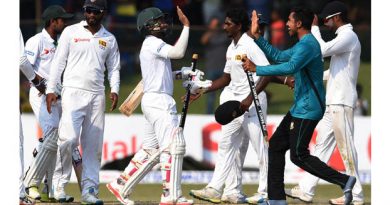