“The name of Syed Ashraful Islam will be written in the history of the country as a gentleman and transparent politician. Late Syed Ashraf was a very gentle, moderate and a good human being,” he said.

The minister came up with the views while addressing a memorial meeting at an auditorium of Jatiya Press Club in the city.

Hasan said Syed Ashraf worked remaining trusted in the party and its leaders like his father Vice President of the country’s first government Syed Nazrul Islam. He (Syed Ashraf) took the politics as vow rendering services to the nation, he added.

He said, “The role of Syed Ashraf in freeing our leader AL President Sheikh Hasina from jail in 2007 and the democracy will be written in the country’s history and in the history of Awami League.”

About a recent comment of BNP secretary general, the information minister said Mirza Fakhrul Islam Alamgir told that they will topple the government this year. Actually, BNP, itself, isolated from the people as they tries to topple the government during the last 12 years, said Hasan, also AL joint general secretary.

He said BNP makes themselves funny to the people. “Earlier I hoped that there will come changes in the languages of Mirza Fakhrul Islam in the beginning of the New Year. I would like to say, with due respect, that there is no change. I also urge you (BNP) to come in the positive politics and seek apology from the countrymen for your destructive politics,” he added.

The minister hoped that Bangladesh and the world will be freed from Coronavirus and BNP will be back in the positive politics after shunning the politics of hostage of people. 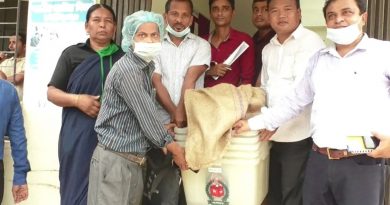