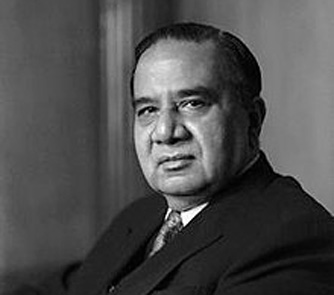 DHAKA, Dec 4, 2020 (BSS) – The 57th death anniversary of the champion of democracy and one of the greatest leaders of undivided India Hussain Shaheed Suhrawardy will be observed in the country tomorrow in a befitting manner.

The unparalleled leader of all Indian politics, who had dedicated his entire life to ensure the welfare of the people by upholding democracy, died at a Beirut hotel in Lebanon on December 5 in 1963. He was alone in the hotel suite at the time of his death.

Suhrawardy was a Bengali politician and statesman in the first half of the 20th century. He served as the Premier of Bengal in British India and was the fifth Prime Minister of Pakistan, said a press release.

President M Abdul Hamid and Prime Minister Sheikh Hasina paid their rich tributes to the memory of Suhrawardy on the occasion of his death anniversary.

In separate messages, the President and the Prime Minister prayed for eternal peace of the departed soul of Suhrawardy, terming him ‘the champion of democracy’.

In his message, President Abdul Hamid said Suhrawardi’s life and works inspire the future generations in democratic thinking and welfare of the people.

Prime Minister Sheikh Hasina, in her message, said Suhrawardi fought for establishing political rights and socio-economic development of the working people of the subcontinent throughout his life.

She also said that the country’s great independence was achieved under the leadership of Father of the Nation Bangabandhu Sheikh Mujibur Rahman, the greatest Bengali of all time and the successor of Suhrawardy.

“Hossain Shaheed Suhrawardy was a wise and prudent political organizer. He formed the Independent Muslim Party in 1926 and the United Muslim Party in 1936 to organize the Muslims in British India. He also played an important role in the establishment of the then Awami Muslim League (later Awami League) on 23 June 1949. He was also instrumental in the Muslim League’s tragic defeat to the United Front in the first provincial assembly elections in 1954.”

The Premier said, “Suhrawardy has fought for the rule of law and the establishment of democracy. The nation remembers with respect the contribution made by Hossain Shaheed Suhrawardy to the socio-economic development of the people of this region including the development of democracy. I believe that his life and work will inspire the next generation for democratic thinking and the overall welfare of the people.”

To mark the day, different political and socio-cultural organisations, including ruling Awami League, have chalked out various programmes including placing wreaths at the grave of the great leader in the morning, discussion meetings, Qurankhwani, milad and doa mahfil in the capital and elsewhere across the country.

Awami League (AL) will pay tribute to the late leader by placing wreaths on his grave adjacent to the High Court at 8 am tomorrow. Fateha and doa will be offered there.

Hussain Shaheed Suhrawardy was born in a respected Muslim family at Medinipur in West Bengal, India on September 8 in 1892. 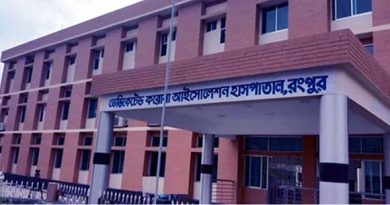