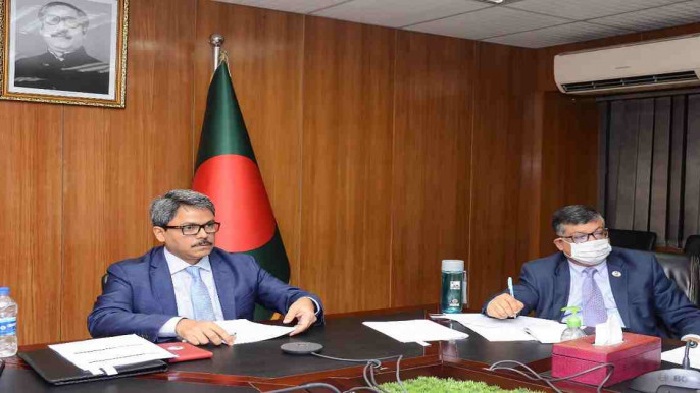 The international community should sincerely work to create an environment for the repatriation of Rohingyas as they are willing to return home, said State Minister for Foreign Affairs M Shahriar Alam on Thursday, reports UNB.

“Rohingyas must return to their country of origin as soon as possible,” he said while addressing a virtual conference on sustaining support for the Rohingya Refugee response.

Referring to Prime Minister Sheikh Hasina’s statement delivered at the 75th UNGA, he said the problem was created by Myanmar and its solution must be found in Myanmar.

The United States, the United Kingdom, the European Union and the United Nations High Commissioner for Refugees brought the international community together and pledged to do everything possible for supporting Rohingyas and host communities.

Alam reiterated that Bangladesh is not in a position to take this burden anymore and the Rohingyas must return to their homeland immediately.

He sought concrete steps from the international community.

The State Minister in his intervention highlighted how Bangladesh as the very first responder extended unconditional and immeasurable humanitarian support to the persecuted Rohingyas fleeing Myanmar’s brutal atrocity and violence.

When no second country was willing to shoulder responsibility, “it was Bangladesh’s Prime Minister Sheikh Hasina who opened the border and saved the lives of millions of Rohingyas,” he added.

Similar gesture was shown during the recent boat incidents when Bangladesh again came to their rescue when other littoral states shied away from their responsibility.

The State Minister emphasised the need for the international community to work towards creating an environment for early repatriation.

He expressed deep frustration that despite conclusion of bilateral agreements in 2018 and sincere efforts on the part of Bangladesh, till date not a single Rohingya could be repatriated because of the lack of political will of Myanmar and failure to fulfill its commitment.

Lack of progress in repatriation in the last three years led to widespread frustrations and hopelessness among the displaced Rohingyas making them susceptible to trafficking, radicalisation, drug dealing and other criminal activities, he said.

For the commencement of repatriation, Shahriar Alam proposed to initiate confidence-building measures involving civilian confidence-builders of ASEAN, UN and neighbouring countries who can undertake activities to infuse confidence among the Rohingyas and encourage them to return.

The business-as-usual approach and the appeasement theory pursued by the international community are counter-productive and stunting the prospect of repatriation, Alam said.
Photo: UNB

Expressing his dismay that the “role of the United Nations in saving humanity from hell is also not visible in its policy actions towards Myanmar” he urged all stakeholders to put their best efforts to help Rohingyas return to their home in Myanmar.

Alongside the unhindered humanitarian assistance, he called upon the international community to invest necessary political will for materialising urgent repatriation.

This “would be the real and most valuable service to this persecuted community,” he added.

The speakers said the key solution to the Rohingya crisis remains in voluntary and dignified return of the Rohingyas to Myanmar.

They said the responsibility lies chiefly with Myanmar to make that happen.  A conducive environment must be ensured in Rakhine State, they added.

Rohingyas must be given the voice and their voices must be heard, they asserted.

The conference conveys a message that it has not been a forgotten issue and more needs to be done and violence in Rakhine must be stopped.

They said this crisis requires a regional solution terming it a human rights crisis and human rights tragedy.

The participants laid emphasis on stronger partnership saying Rohingyas must be given the voice.

The co-hosts discussed the voluntary, safe, dignified and sustainable return of Rohingyas and other displaced people to their homes or to a place of their choosing.
Photo: UNB

At the virtual conference, they urged countries to increase assistance for Rohingyas, host communities, and internally displaced people in Myanmar, more than three years since the latest phase of the crisis began in August 2017.

The UN has appealed for more than $1 billion in aid to meet the humanitarian needs of Rohingya refugees in Bangladesh this year, but so far less than half has been contributed. This leaves a significant funding gap, made worse by the Covid-19 pandemic.

The virtual conference was also attended by other regional countries including Vietnam, Thailand, Malaysia, and Indonesia.

There will be a telephonic press briefing with Richard Albright, Deputy Assistant Secretary for the Bureau of Population, Refugees, and Migration at the U.S. Department of State; Lord Ahmad of Wimbledon, Minister for South Asia and the Commonwealth at the UK’s Foreign, Commonwealth & Development Office; Janez Lenarčič, Commissioner for Crisis Management in the European Commission; and Indrika Ratwatte, Director of UNHCR’s Regional Bureau for Asia and the Pacific on the same day.

The speakers will discuss the outcomes of the conference, including efforts to address the dire humanitarian crisis on the ground and increase assistance to respond to the plight of Rohingya refugees in Bangladesh and elsewhere in the region, as well as internally displaced persons in Myanmar, said the UN Refugee Agency.

After offering opening remarks, the speakers will take questions from participating journalists. 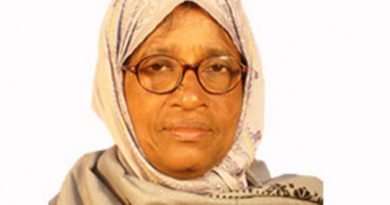 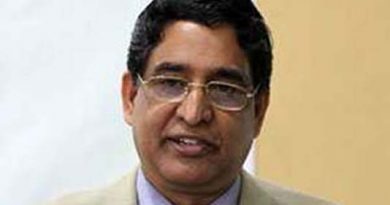 Razzak emphasizes on quality of soil 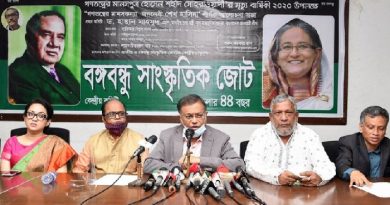