CHATTOGRAM, Nov 4, 2020 (BSS) – Awami League (AL) joint general secretary Mahbubul Alam Hanif said no criminal will be exempted from law as the present government led by Bangabadhu’s daughter Prime Minister Sheikh Hasina does not spare any criminal in the country.

Hanif said this as the chief guest while addressing a memorial meeting of Akhtaruzzaman Chowdhury Babu at Bangabandhu Hall of Chattogram Press Club here this afternoon.

Describing the incidents of Begumganj in Noakhali and MC College in Sylhet as reprehensible, he said, “I condemn the incidents… BNP is getting opportunity to spread propaganda capitalizing the incidences.”

Terming Bangladesh as an under developing country Hanif said the country is moving forward, but the BNP leaders are not watching these developments as they are involved in conspiracy.

Former Presidium member of AL and former president of Chattogram south district unit Akhtaruzzaman Chowdhury Babu upheld the ideals and spirit of Liberation War till his death, Hanif said, adding he was the leader of mass people and one of the prime organizers of the Liberation War.

“Both ABM Mohiuddin Chowdhury and Akhtaruzzaman Chowdhury were unparallel leaders of AL and they never surrendered to any injustice,” he added.

Speaking on the occasion, AL Organizing secretary Ahmed Hossain said, “Babu Bhai upheld the flag of independent Bangladesh in the holy soil of Chattogram after the assassination of Bangabandhu and most of his family members.”

Deputy Minister for Education Barrister Mohibul Hasan Chowdhury Nowfel said, “My father Mohiuddin Chowdhury and Akhteruzzaman Chowdhury were close associates and they both took part in the Liberation War.”

Saifuzzamn Chowdhury Javel delivered the welcome speech and recollected the contributions of his father Akhtaruzzaman Chowdhury. 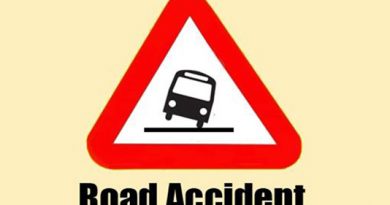