The programmes included offering of Fateha at his grave at Azimpur
in the city, holding of Doa, Milad-Mahfil and memorial meetings in the
city.

On the occasion, wreaths were placed at Azimpur graveyard in the
morning on behalf of Dhaka South City Unit of Awami League.

Dhaka South City unit of AL organized a memorial meeting at the
central office of the Awami League at Bangabandhu Avenue in the city.

Hanif, a close aide to Father of the Nation Bangabandhu Sheikh
Mujibur Rahman, was critically injured in the grenade attack on August
21 in 2004, and died at city’s Appollo Hospital on November 28 in 2006
at the age of 62. 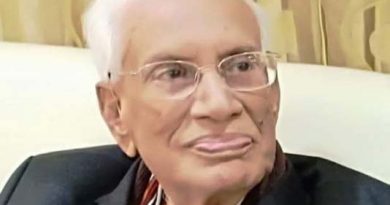