The Department of Agricultural Extension (DAE) officials said farmers will
get support in all five flood-affected districts of Rangpur, Gaibandha,
Nilphamari, Kurigram and Lalmonirhat in the region to cultivate substitute
crops during this Rabi season.

“Distribution of the incentives continues now to assist each of the flood-
hit farmers in cultivating eight varieties of crops on one bigha of land,”
Acting Additional Director of DAE for Rangpur region Agriculturist Md.
Moniruzzaman told BSS today.

After getting the post-flood government assistance in terms of seed and
fertilisers, each of the beneficiary farmers will cultivate eight early
varieties Rabi crops on one bigha of land in flood-affected areas.

“Under the programme, 530 tonnes of wheat seeds worth over Taka 2.44 crore
is being distributed among 26,500 flood-hit farmers with 20 kilogram (kg)
each,” he said.

Besides, 16,000 flood-affected farmers will 800 kg seeds of tomato worth
Taka 16 lakh with 50 gram each during this Rabi season in the region.

Under the programme, the beneficiary farmers got specially prepared Aman
rice seedlings, seeds of ‘Mashkalai’, 14 varieties of vegetables, DAP and MoP
fertilisers and vegetables and cash money for fencing crop lands in the
region. The DAE officials said recent floods in three phases damaged standing
crops on 42,055 hectares of land causing production losses of 1,49,416 tonnes
of crops worth Taka 499.16 crore this year affecting 4,49,285 farmers in
Rangpur agriculture region.

Talking to BSS, flood-hit farmers Rahamat Ali and Obaidur Rahman of
Lalmonirhat and Saidar Rahman and Nasir Uddin of Kurigram said they have re-
transplanted Aman rice seedlings and are cultivating Rabi crops with
government assistance. 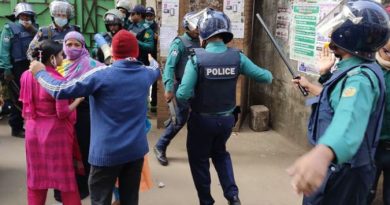