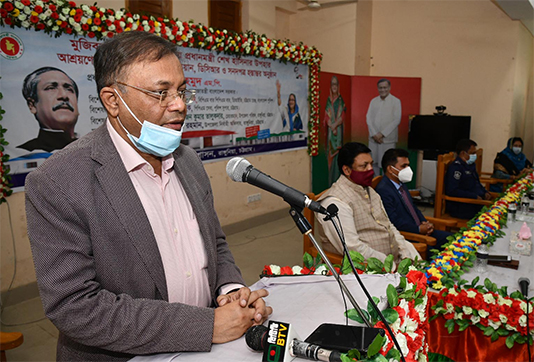 “The government of Awami League will serve the people as long as it is in power. Prime Minister Sheikh Hasina has declared of giving house to the homeless people in the ‘Mujib Borsho’. She, not limited to mere announcement, has built thousands of houses through utilising state apparatus and party. And, today, she has inaugurated about 70 thousands houses in a day,” he said.

The minister made the comments while handing over the houses, registry of land, documents, DCR and certificates among the beneficiaries at Ranguniya upazila auditorium here.

Hasan said the beneficiaries who received the houses across the country, they didn’t think that they would get a house with two rooms as gift with ownership. But, Bangabandhu’s daughter Prime Minister Sheikh Hasina has done this unimaginable works, he added.

“I don’t know whether in any other country across the globe has inaugurated houses for 70,000 families in a day,” said Hasan, also Awami League joint general secretary.

The minister urged the beneficiaries to remember the name of Prime Minister and Awami League President Sheikh Hasina as she gave houses to them.

A total of 65 families under 15 unions of Ranguniya upazila got houses with two rooms with land today.

Beneficiaries Wazid Karim and Krishnwa Chowdhury expressed their feelings and gave thanks to the premier through the information minister. 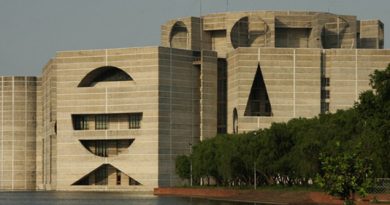 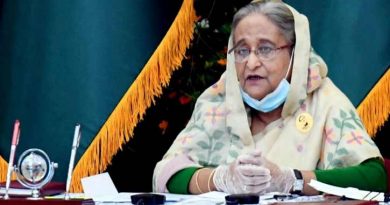