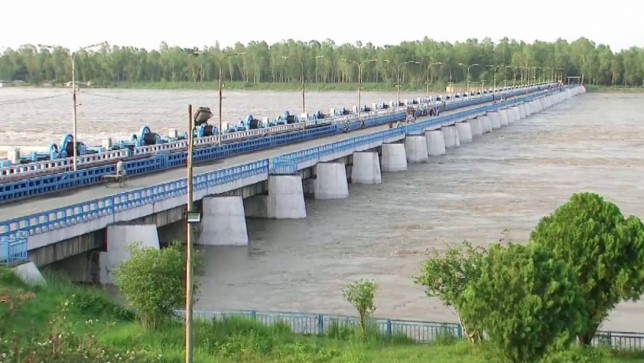 RANGPUR,– Some major rivers like the Dharla, the Teesta and the Dudhkumar are likely to rise rapidly due to moderate to heavy monsoon rains in the northwestern Indian states in the Brahmaputra basin in the next 48 hours.

Bangladesh Water Development Board (BWDB) officials said water levels of major rivers marked further fall amid onrush of water from the upper catchment during the last 24 hours and the trend might continue during the next 24 hours in the basin.

A bulletin of the Flood Forecasting and Warning Centre (FFWC) of BWDB today forecast that there is a chance of moderate to heavy rainfall in the country’s northeastern region and adjacent Meghalaya and Darjeeling areas of India in the next 48 hours.

As a result, there is a possibility of rapid rise in water levels of some major rivers in the Brahmaputra and other basins due to moderate to heavy rainfall in the upper catchment areas of northeastern Indian states in the next 48 hours.

“The recorded rainfalls during the last 24 hours ending at 9am today were 180mm at Jalpaiguri, 165mm at Cherrapunji, 104mm at Darjeeling and 59mm at Pasighat in northwestern Indian states,” the FFWC bulletin said.

Besides, the recorded rainfalls were 64mm each at Kurigram and Panchagarh, 55mm at Rangpur, 44mm at Dalia, 28mm at Chilmari and 30mm at Gaibandha monitoring points of BWDB during the same period in the Brahmaputra basin.

BWDB sources said water levels of the Brahmaputra further fell by 7cm each at Noonkhawa and Chilmari while Dharla by 9cm at Kurigram and Ghaghot rose by 12cm at Gaibandha points during the last 24 hours.

Water levels of the Jamuna marked further fall by 5cm each at Fulchhari, Bahadurabad and Sariakandi and 2cm each at Kazipur and Sirajganj points during the period in the Brahmaputra basin.

Besides, water levels of the Teesta rose by 18cm at Dalia point and 7cm at Kawnia point and were flowing below the DM by 18cm and 69cm at these points respectively at 9 am today.

The Brahmaputra was flowing below the DM by 102cm at Noonkhawa and 52cm at Chilmari while Dharla by 53cm at Kurigram and Ghaghot by 49cm at Gaibandha points at 9 am.

The Jamuna was flowing below the DM by 47cm at Fulchhari, 45cm at Bahadurabad, 10cm at Sariakandi, 18cm Kazipur and 26cm at Sirajganj points in the Brahmaputra basin at 9am today.

Executive Engineers of BWDB’s Kurigram division Md. Ariful Islam and Mokhlesur Rahman for its Gaibandha division said water levels of major rivers were in falling trend at comparatively lower rates in these districts.

“All flood control structures are remaining safe everywhere in Rangpur zone,” Ghosh said, adding that adequate precautionary steps have been taken to face any situation if water levels of major rivers marked rapid rise in the next 48 hours in the zone.

Officials of the Department of Agricultural Extension said floodwaters were receding from submerged 5,858 hectares of crop land in Kurigram, Gaibandha, Lalmonirhat and Rangpur districts within four to five days of inundation causing a little damage. 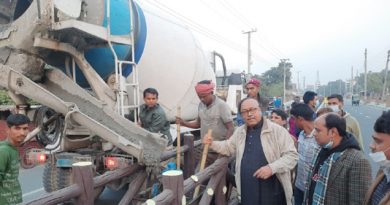 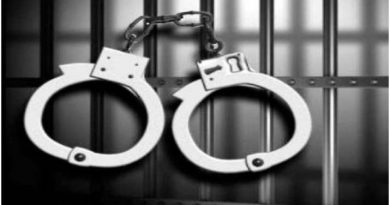