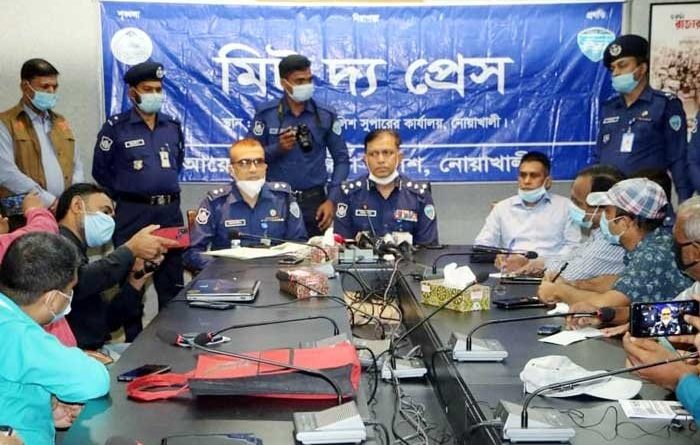 Police
have revealed the mystery behind the murder of a woman, chopping into
five pieces, at Subarnchar upazila in Noakhali district.

Slain woman Noor Jahan Begum, 42, was the wife of late Abdul Barek, a resident of
Jahajmara village under Char Jabbar union in the upazila.

On October 7, police recovered the two parts of the woman’s
body– head and waist– from a paddy field behind Provita Feed at the
village at about 5:00pm on Wednesday, said Char Jabbar Police Station
officer in-charge Shahed Uddin.

The rest three parts of the body– two legs and chest part– were also found.

On the next day, the deceased’ son Humayun Kabir Huma lodged a case with the police station accusing several unnamed persons, he added.

Humayun
Kabir Huma and seven others were involved in the brutal murder, said
Md Anwar Hossain, deputy inspector general of Chittagong range police,
at a press briefing held at the superintendent of Noakhali police’ (SP)
office.

Police arrested five of the seven
perpetrators. Two of the arrested persons– Nirob and Nur Islam– gave
confessional statement before a Noakhali court under Section 164 of Criminal Procedure (CrPC).

Acting on their confessions, police went to the woman’s house, arrested the mastermind of the murder Humayun, his cousin Kalam and Kalam’s sister husband Sumon.

They also recovered a knife
(Boti), a machete, a spade, a pillow used in the killing and a sari worn
by the deceased

According to the
statement, Noor Jahan’s son Belal from previous marriage took Tk 4 lakh
loan on interest for doing business under her mother’s guarantee.
But, he had died before he could pay the borrowed money.

After his death, the lenders put pressure on Noor Jahan and his son Humayun to repay the loan.

Humayun requested his mother to repay the loan by selling her and late Belal’s portions of land.
But, rejecting the request, she instead asked him to sell his part and repay the debt..

Both mother and son often used to lock in altercation over the matter.

Meanwhile, Noor Jahan owed Tk 62,500 to her brother Dulal Majhi and she repeatedly insisted him giving back her money.

But, putting pressure for the money made Dulal’s son Kalam and his son-in-law Sumon angry.

All these bitterness brought the accused– Humayun, and his friend Nirob, Kalam, Sumon, neigboiurs Noor Islam, Ismail and Hamid– together and they planned to kill the woman.

They also agreed verbally to share the woman’s property among themselves.

As
per the plan, they entered the woman’s room at sometime at night on
October 6, strangulated her to death with a pillow, chopped the bodies
into five pieces and scattered those body parts in the paddy field owned
by the creditors.

Among others, the district SP Alamgir Hossain, high police officials and local journalists were present at the press conference. 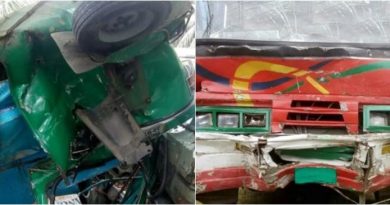 Six of a family among 7 killed in Manikganj road crash – Countryside – observerbd.com 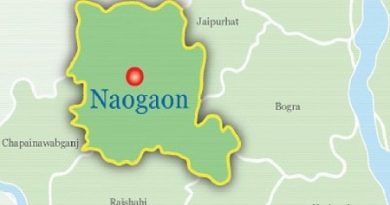 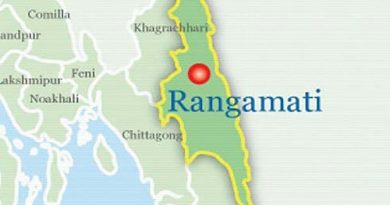