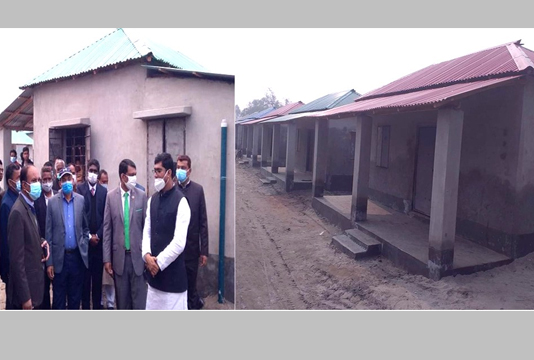 RANGPUR, Jan 17, 2021 (BSS) – After construction, 8,278 houses are now ready for handing over to homeless families as a gift from Prime Minister Sheikh Hasina in the Mujib Year under the first phase of Asrayan-2 Project in Rangpur division.

Prime Minister Sheikh Hasina is likely to hand over ownership of the newly constructed 8,278 houses through distributing keys and land registration documents to 8,278 selected ‘ka’ category homeless families in the first phase through videoconferencing soon.

Besides, construction of other 3,475 houses in the second phase of Asrayan-2 Project continues for handing over to 3,475 homeless families so that none remained shelter-less within the ‘Mujib Year’ in the division.

“The government is spending Taka 201 crore for construction of a total of 11,753 brick-built semi pucca houses in two phases under Asrayan-2 Project with Taka 1.71 lakh for each house,” he said.

The selected 8,278 beneficiary homeless families are eagerly waiting to be rehabilitated in the first phase in the colourful houses with corrugated iron sheets on roofs, two bedrooms, one kitchen, one hygienic sanitary latrine, one utility space and veranda.

“Asrayan Project, one of the Prime Minister’s 10 special initiatives, aims at ensuring shelter for all homeless people to help them rebuild life, improve living standard and health care and skill development on income generating activities,” he said.

Talking to BSS, selected homeless Goleza Begum, 70, of village Barapur Charakdanga in Taraganj upazila of Rangpur said her life became wretched when her husband Nur Islam abandoned her and went to live with his second wife 25 years ago.

“I led a miserable life with my two daughters by working as a housemaid. I cannot work now,” she said, hoping that she will have a shelter of her own after getting the house soon.

Selected beneficiary Ashrafon Nesa, 60, a widow of village Uttar Soyar Paschim Para in the same upazila said her husband died 40 years ago when she saw only darkens all-around with her only daughter.

“I work as a housemaid to earn livelihoods. When I came to know that I am selected to get a new brick-built house at Faridabad Asrayan-2 Project, I started feeling well even at this last stage of my life,” Nesa added.

Similarly, selected Golapi Begum of village Dolapara, Subhash Chandra of village Damodarpur Burirhat, Abu Bakar of Faridabad Khanbari in the upazila expressed happiness saying that they will get new houses soon from the Prime Minister.

They prayed for a long life, sound health and continuous success of Prime Minister Sheikh Hasina in serving the nation to build a developed ‘Sonar Bangla’ and realise the dream of Bangabandhu.

“Construction of 130 houses already completed in the first phase for handing over ownerships to 130 homeless families anytime while construction of the other 70 houses continues in the second phase,” he added. 2 women among 3 held with 1.1kg heroin in Rajshahi – Countryside – observerbd.com 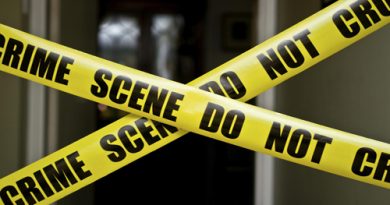