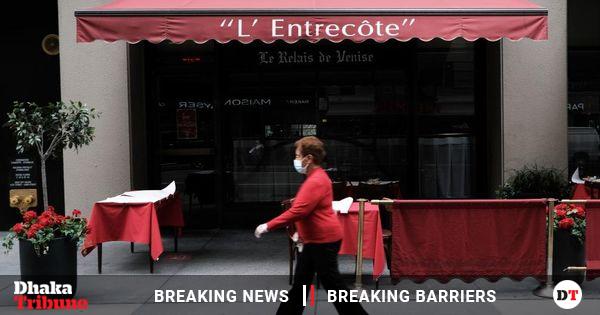 India reported a historic 23.9%  decline in GDP in the second quarter

While it accounts for a quarter of the global caseload, the US is reporting a third fewer new daily infections than it did during the July peak, according to the Johns Hopkins University tracker.

But the virus is still raging in some regions, with no coordinated federal response, and President Donald Trump — desperate to present a positive picture as he seeks re-election in November — has made clear he favors less testing, so that America does not look so bad.

The US remains the country hit hardest by far by the health crisis gripping the world, with 183,203 Covid-19 deaths, the Baltimore-based university’s tracker showed.

The US charted its five millionth case on August 9. That was just 17 days after it hit four million.

Global coronavirus infections have soared past 25 million, as countries tighten restrictions to halt the health crisis that has upended life for most of humanity.

A million additional cases have been detected globally roughly every four days since mid-July, according to an AFP tally, with India on Sunday setting the record for the highest single-day rise in cases with 78,761.

In America, there are great disparities from between states. New York City, the epicentre of the crisis in the spring, is doing much better after months of lockdown and other measures to fight the virus.

Only one percent of tests in New York come back positive, and on Sunday it reported just one death, compared to more than a thousand nationwide.

The US Open tennis tournament began there Monday, albeit with no spectators and with strict health safeguards in force.

But other parts of America such as the South and Midwest are showing a much higher incidence of Covid-19. One university in Alabama has reported more than 1,000 cases since classes resumed after the summer break.

And the death toll is expected to reach 200,000 in September, according to epidemiological models.

The virus has hobbled the US economy, the world’s largest, and cast a shadow over Trump’s re-election prospects.

As the US marked this latest horrific milestone, bad economic news poured in from elsewhere.

India reported a historic 23.9%  decline in GDP in the second quarter as manufacturing and productivity were battered by a strict lockdown.

The plunge by Asia’s third largest economy was the biggest since the government in New Delhi started publishing quarterly figures in 1996.

“The entire quarter was spent in lockdown and it was a complete washout for the Indian economy,” Mumbai-based economist Ashutosh Datar told AFP.

India has recorded 3.6 million cases and is the only country reporting more new daily infections than the US.

Italy, the eurozone’s third largest economy, also reported Monday it has fallen into deep recession: GDP fell by nearly 13%  in the second quarter compared to the previous one.

Turkey also reported taking a huge hit in the second quarter, as its economy shrank 9.9%.

The virus has proven a tenacious foe even in nations such as New Zealand and South Korea, which had previously brought their outbreaks largely under control but are now battling new clusters of infections.

On the other side of the world, Latin America — the worst-hit region — is still struggling with its first wave, with Covid-19 deaths in Brazil crossing 120,000, second only to the United States.

Nearly 855,000 people have died of Covid-19 globally, and with no vaccine or effective treatment available yet, governments have been forced to resort to some form of social distancing and lockdowns to stop the spread of the virus.

Masks became mandatory from Monday on public transport and flights in New Zealand, which went more than 100 days without local transmission before the current cluster emerged.

And tightened virus curbs kicked in on Sunday in South Korea, which is also battling fresh clusters — including in the greater Seoul region, home to half the country’s population.

But there was some good news Monday, from the Pacific region.

Schools across New Zealand’s biggest city Auckland reopened as it emerges from lockdown, with Prime Minister Jacinda Ardern expressing confidence a second-wave outbreak is under control.

“We have a plan that we know will work,” a masked Ardern told reporters in Auckland.

And Australia reported fewer than 100 new coronavirus cases, the lowest number in two months, as authorities appeared to bring an outbreak in second city Melbourne under control.

Bali bans foreign tourists for rest of 2020 over Covid-19 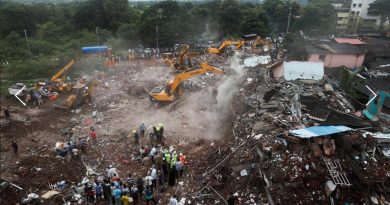