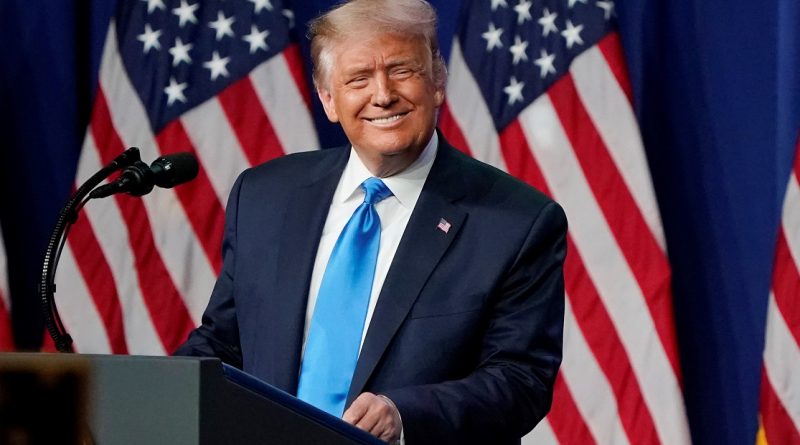 Republicans opened their national convention on Monday by outlining a dire portrait of America if Democrat Joe Biden ousts President Donald Trump in November, adopting the grim tone that Trump set hours earlier when he warned, without evidence, that Democrats will seek to steal the election.

Trump spoke on the first day of the sharply scaled-back Republican National Convention in Charlotte, North Carolina, after receiving enough votes to win the nomination to take on Biden, the former vice president, in the November 3 election.

Republicans had vowed to offer an inspiring, positive message in contrast to what they characterized as a dark and gloomy Democratic convention last week. But the first night’s speakers peppered their remarks with ominous prognostications if Democrats win power.

“Trump was elected to protect our families – our loved ones – from the vengeful mob that wishes to destroy our way of life, our neighborhoods, schools, church, and values,” said Charlie Kirk, a Republican activist who runs Turning Point USA, a conservative student group.

The four-day convention got under way at a critical juncture for Trump, who trails Biden in national opinion polls during a pandemic that has killed here more than 176,000 Americans, erased millions of jobs and eroded the president’s standing among voters.

Trump has focused on a “law and order” message in response to widespread protests following the police killing of George Floyd, a Black man in Minneapolis, and he has pushed schools and businesses to reopen despite the pandemic. Both messages represent the campaign’s effort to win back suburban voters, especially women, who have abandoned the Republican Party in droves during the Trump era.

Another frenetic day for Trump threatened to overshadow his attempt to recalibrate the campaign, however. In Washington, congressional Democrats examined US Postmaster General Louis DeJoy, a Trump donor, over whether he was deliberately sabotaging mail service to harm voting by mail, while one of Trump’s closest advisers, Kellyanne Conway, prepared to depart the White House.

The New York attorney general’s investigation into Trump’s family business deepened on Monday, while the National Guard was deployed in Wisconsin following unrest after a Black man was shot in the back by police.

Trump on the attack

Earlier in the day, the president repeated his assertion that voting by mail, a long-standing feature of American elections that is expected to be far more common during the coronavirus pandemic, will lead to widespread fraud. Independent election security experts say voter fraud is extraordinarily rare in the United States.

As he has done repeatedly, Trump described states’ responses to infections of Covid-19, the illness caused by the coronavirus, in starkly partisan terms, casting lockdowns and other steps recommended by public health officials as attempts to influence voting in November.

During the prime-time program, the party aired a video praising Trump for his handling of the pandemic, after Democrats spent much of their convention attacking his administration for an uneven response. Medical professionals and small-business owners credited Trump with saving lives and livelihoods.

But during a prerecorded appearance at the White House, where Trump spoke with several essential workers including some frontline health workers, none of the participants wore masks, which has become a partisan flashpoint despite recommendations from epidemiologists that masks can slow the disease’s spread.

The first night was due to showcase some of the party’s diverse members to try to appeal beyond Trump’s largely white base, including Senator Tim Scott, the lone Black Republican in the Senate, and Nikki Haley, Trump’s former ambassador to the United Nations, who is Indian American.

But it also was scheduled to feature speakers seemingly aimed at firing up Trump’s base, including Mark and Patricia McCloskey, a couple from St Louis who drew national attention for brandishing guns at Black Lives Matter protesters who marched past their home.

As befits the first president who starred in his own reality television show, the four-night event will focus heavily on Trump himself. While his acceptance speech will not come until Thursday, when he will address the party from the White House, Trump planned to appear each night, and several members of his family, including his eldest son Donald Jr on Monday, were due to deliver prime-time speeches.

The in-person proceedings marked a contrast with Democrats, who opted for an almost entirely virtual format instead of gathering in the election battleground state of Wisconsin in a nod to the pandemic.

Biden, 77, and his fellow Democrats portrayed Trump, 74, as a force for darkness, chaos and incompetence during their convention, while stressing the Democrats’ diversity and values like empathy and unity.”

Democrats have criticized Trump’s plans to accept the nomination on the White House lawn as a partisan use of public property. 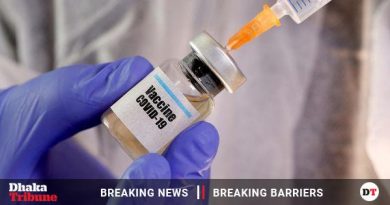 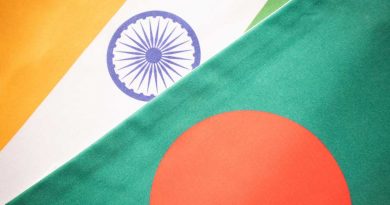