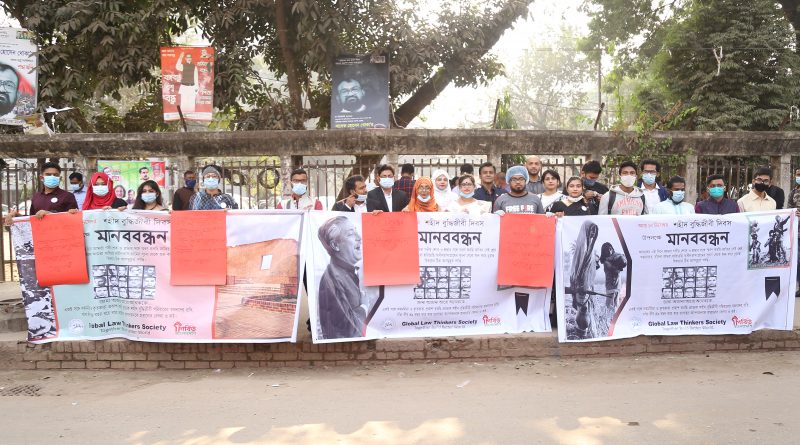 The notable demands made by the leaders of the Global Law Thinkers Society  through the chain are as follows: 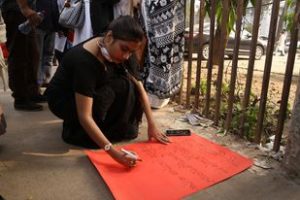 She also said about the Global Law Thinkers Society and “Proud Bangladeshi movement” which is going to be held on 16th December.

In the Human chain, Ahsanul Alam, Vice President of the organization, said, “we have lost not only some intellectuals but also some powerful peoples in different sectors who were really able to change the condition of Bangladesh”.

Solaiman Ahmed Jisan, Joint Secretary of the Organization, expressed his condolences to the families of the martyred intellectuals and advised the youth to work for the country by transforming the spirit of the liberation war and the pain of losing intellectuals into strength.

“killing of intellectuals, this irreparable damage is done to this country by Pakistan can not be fulfilled in decades even by any compensation!”–said Advocate Jasmine Akter, Organizing Secretary of the Global Law Thinkers Society.

On behalf of the GLTS-Bangladesh Chapter, the Administration Leader Meskat Jahan Orna and the General Secretary Leader Abu Zafor Ahmed also spoke in unison with the President. In their speeches, they argued in support of their claim and pointed out the irreparable damages caused by the heinous acts of the Pakistani troops. By this Human Chain, Both called upon all the youth of the country to preserve the history of the country and retain the qualities of the great leaders of the country.

Members of Global Law Thinkers Society from different Districts like Dhaka, Chattagram, Mymensingh, Narayanganj and students from Dhaka International University, State University of Bangladesh, Central Govt. College, Dhaka and so many were also joined in the Human Chain to make the demands stronger and more successful and significant. 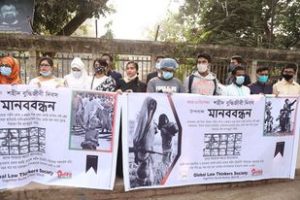 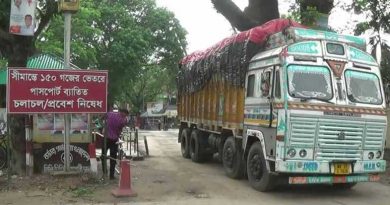 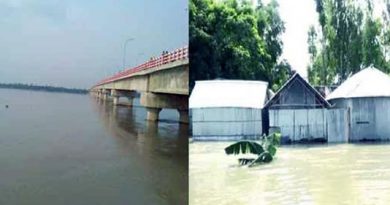 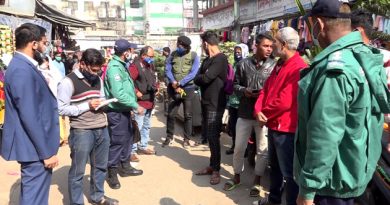 7 fined in Rajshahi for not wearing mask – Countryside – observerbd.com