Doctors, nurses and employees of the National Institute of Mental Health (NIMH) on Wednesday afternoon postponed their work abstention programme following the assurance of the director.

Earlier, the doctors, nurses and employees of the NIMH started abstention from work from the morning in protest against the arrest of Registrar Dr Abdullah Al Mamun in connection with the death of Senior ASP Anisul Karim Shipon at Mind Aid Hospital at Adabar in the city on November 9.

They also besieged the hospital director and other senior officials of the administration. During the work abstention, all treatment services were suspended causing immense sufferings to the patients.

The doctors, nurses and employees of the NIMH raised three-point of demand. Those were: i) No government official would be arrested illegally without the prior permission of the authorities concerned, proper explanation of the arrest of Dr Abdullah Al Mamun, withdrawal of case against him and reinstating him in his post; ii) Senior officials of the Directorate of Health and the Ministry of Health must give assurance of bringing the fear-free working environment back at the hospital; and iii) Leaders of Bangladesh Medical Association (BMA) must visit the hospital to ensure bringing a decent atmosphere back at the hospital.

NIMH Registrar Dr Abdullah Al Mamun was arrested on Tuesday last in connection with the murder case filed over the death of Senior ASP Anisul Karim Shipon at Mind Aid Hospital at Adabar in the city on November 9.  Police have so far arrested 12, out of 15 accused mentioned in the case.

Senior ASP Anisul Karim Shipon, a mental patient, died at about 11:00am on November 9 at Mind Aid Hospital in Adabar after he was taken there for treatment. He was a police official appointed through the 31st Bangladesh Civil Service. 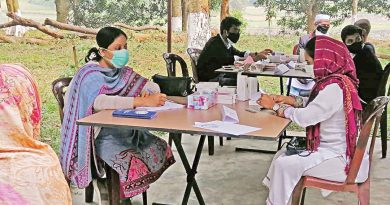