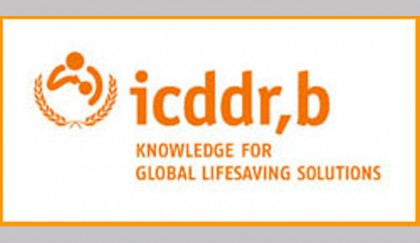 Ivermectin has shown promise against Covid-19 in a clinical trial and patients receiving a five-day course of ivermectin have shown an early viral clearance and improvements of blood biomarkers compared with other two groups.

icddr,b on Monday organised a dissemination seminar to share preliminary findings of a recently concluded study that evaluated the safety and efficacy of ivermectin in combination with antibiotic doxycycline or ivermectin alone for the treatment of confirmed mild cases of Covid-19 in a hospital setting in Dhaka.

The study demonstrated that patients in the five-day ivermectin group were 77 per cent more likely to have early viral clearance on day 14 compared to those who received ivermectin and doxycycline (61 per cent) and placebo (39 per cent).

It also showed that on day three, 18 per cent of the patients in the group treated with ivermectin alone began to show viral clearance compared to ivermectin plus doxycycline (3.0 per cent) and placebo (3.0 per cent), while on day seven it stood at 50 per cent, 30 per cent and 13 per cent respectively.

The odds of improvement in clinical status with the five-day treatment course of ivermectin versus ivermectin and doxycycline, and placebo were also favourable, trending toward reduction of severity of infection indicated by improvement in the blood biomarkers.

The C-reactive protein (CRP), Lactate Dehydrogenase (LDH) and Ferritin levels notably dropped from the baseline to day seven in the ivermectin alone group compared to other two groups.

The antiparasitic drug is found to be safe and has shown, at best, a modest benefit for mild coronavirus. The study findings have been published in the International Journal of Infectious Diseases (IJID) on December 2, 2020.

National public health experts, representatives from the DGHS, DGDA, BMRC, icddr,b, BPL and media were also present at the seminar.

The study, conducted during July-September 2020, was funded by Beximco Pharmaceuticals Ltd, and the company also provided all the drugs used in this trial.

Dr Wasif Ali Khan, Senior Physician Scientist of Enteric and Respiratory Diseases at icddr,b and the principal investigator of the study presented the study findings.

He said, “Although the study sample was small to derive at any solid conclusion, the results provide evidence of potential benefit of the early intervention with ivermectin for the treatment of adult patients diagnosed with mild Covid-19. The findings also conform to other global studies on ivermectin as a treatment for Covid-19.”

Nazmul Hassan, “We’re pleased to support the clinical trial of ivermectin, which is an attempt to find an effective and affordable treatment to fight against the Covid-19 pandemic. We’re happy that the treatment regimen shows promise and that will indeed strengthen our fight against Covid-19 and help avoid many untimely deaths.”

“It’s extremely important to find an affordable and easy-to-use treatment option to fight against this pandemic in low- and middle-income countries like Bangladesh. We believe a larger clinical trial with ivermectin may help facilitate decision makers to include it in the Covid-19 treatment protocol and we’re exploring for support,” he said. Pfizer, BioNTech say their Covid-19 vaccine is more than 90% effective 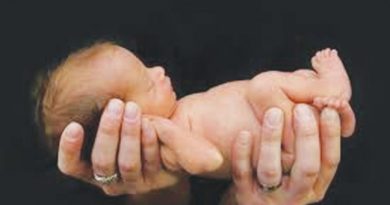