The world has been left distraught by the premature demise of ‘King T’Challa’ on August 28, 2020. After a four-year battle with colorectal cancer, Chadwick Boseman, the actor who played this iconic character in the Marvel Cinematic Universe breathed his last at the age of 43, leaving behind a throng of devastated admirers.

Media outlets are using this tragic occasion to stir up conversations and impart awareness regarding colorectal cancer, which according to the World Health Organisation (WHO), is the second leading cause of death due to cancer globally.

This cancer, as the name implies, affects the colon or the rectum, which are parts of the large intestine (bowel). While it mostly affects those who are above 50, recently a rise in the younger population has been noticed due to reasons unknown. Notable risk factors include low-fibre, high-fat diets, lack of physical activity, alcohol or tobacco consumption, obesity etc. A positive family history of colorectal cancer increases the risk to many folds.

It is imperative to recognise the following warning signs early and consult a doctor for evaluation:

• Passage of blood with stool is often the earliest and commonest manifestation. The bleeding is usually painless and bright red in colour. Many confuse it for piles/haemorrhoids, while it might apply to the younger age group, elderly people and those with risk factors or other symptoms should exclude cancer to be on the safe side.

• Some patients experience the urgent need to defaecate multiple times a day but are unable to do so – they frequent the washroom to pass motions but end up passing only flatus, blood or blood-stained slimy secretions (mucus).

• Many observe a change in their usual bowel habits. Most feel the need to use the washroom more frequently and pass loose stools. Some have to wake up early to defaecate and pass blood or mucus-stained stools.

• Some experience features of anaemia (pallor, weakness, dizziness, rapid heartbeat etc.), a new lump in the abdomen or abdominal cramps/discomfort.

• Unintentional weight loss may also accompany the above symptoms.

The American Cancer Society recommends routine screening for colorectal cancer from the age of 45. Those with a positive family history should start getting screened at least 10 years before the age at which his/her family member was diagnosed.

Screening is commonly done by colonoscopy, which involves the insertion of a tube with a video camera through the anus to visualise the large intestine.

Alongside diagnosing cancer early, which makes a colossal difference, this painless and safe procedure can also detect polyps which could turn into cancers if left untreated.

With early detection, most people live at least another 5 years after diagnosis. If the cancer does not return at that time, there is a very low chance of recurrence, especially if a patient had early-stage disease. 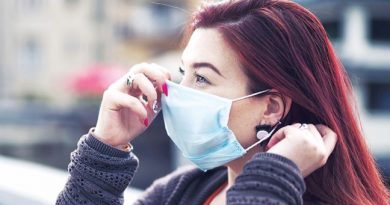 Do’s and don’ts of wearing a mask